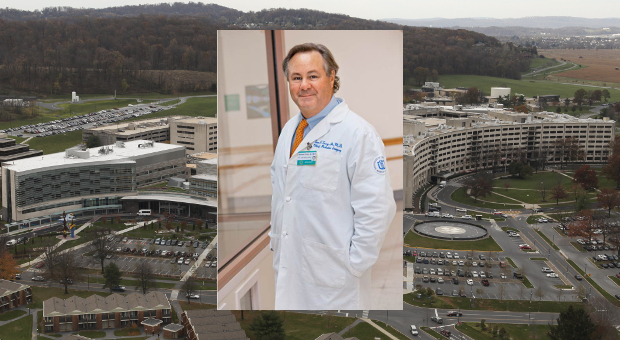 Tracy has spent the past 19 years in a variety of leadership roles at Brown and Lifespan. He currently holds the roles of chief medical officer and senior vice president for medical affairs at Lifespan's Miriam Hospital, and served as interim senior vice president and chief medical officer for the health system's Rhode Island Hospital. He was appointed the first surgeon-in-chief at Lifespan's Hasbro Children's Hospital in 1997, a role he continues to hold today. He has also served as vice chair of the Department of Surgery at the Alpert Medical School since 2003.

“This is a wonderful opportunity to work with the leadership team at Penn State Health to build on their comprehensive approach to patient care in the hospital and outpatient settings while also enhancing the educational and research endeavors that support that care,” Tracy said.

At The Miriam Hospital, Tracy helped redesign the hospital's quality and safety structure along with the critical and intermediate care delivery system. He also participated in outreach and extensions of surgical services throughout the Lifespan health system and the Brown University community, enhancing academic surgical support and expertise. For 19 consecutive years, Tracy received National Institutes of Health and Food and Drug Administration research funding to conduct pediatric liver research.

Tracy is a graduate of Colgate University, Albany Medical College and the Sackler School of Medicine. He completed his residency in general surgery at the Medical College of Virginia and his pediatric surgery fellowship at Columbia University's College of Physicians and Surgeons.

He served as chairman of the American College of Surgeons Advisory Council of Chairs from 2011 to 2013 and chairman of its Council for Pediatric Surgery from 2008 to 2013. He is currently a member of the Accreditation Council of Graduate Medical Education surgical residency review committee and a senior director with the American Board of Surgery.