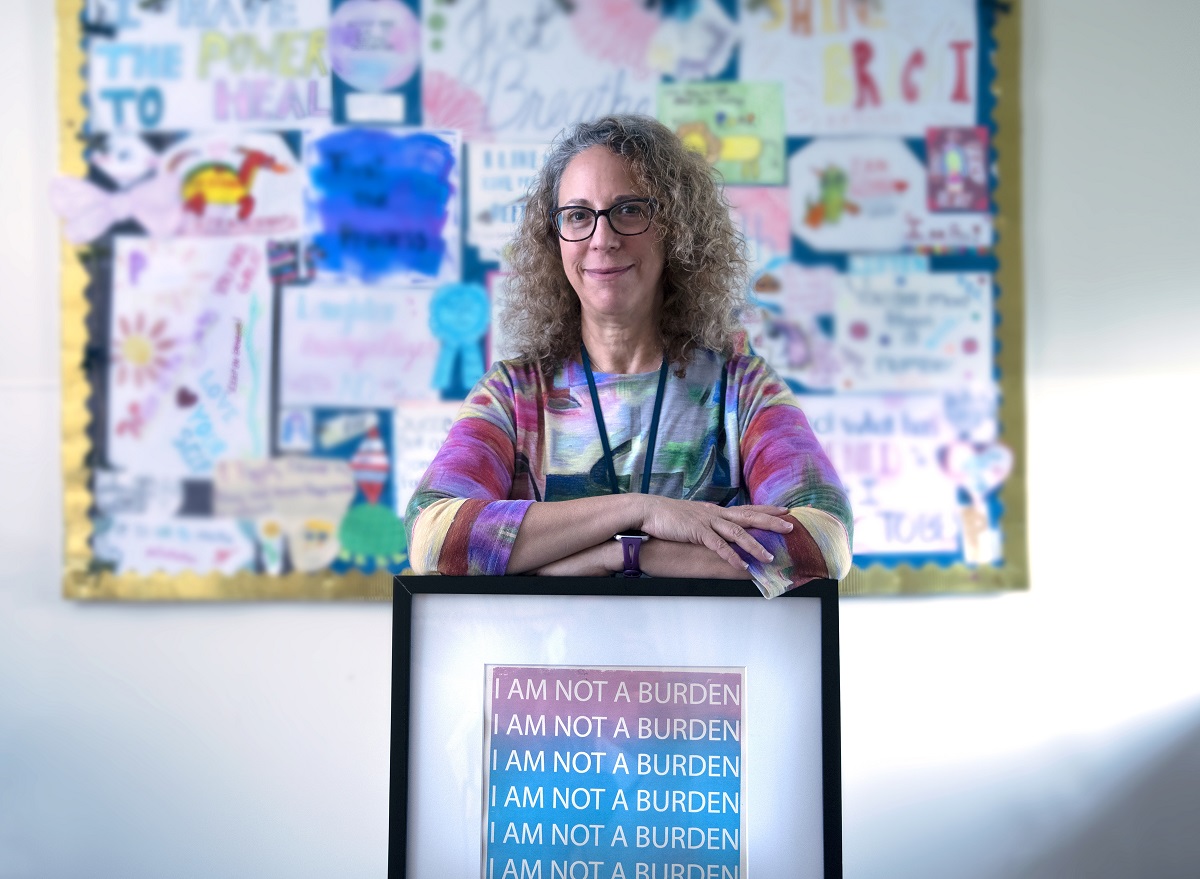 Amy Keisling knows talking about gender identity issues can be challenging. She doesn’t mean just for patients and their families. Health care professionals can find it difficult, too, she says.

Doctors and others can struggle to know how to have an open discussion with a transgender patient, especially during that initial visit. They want to be sensitive to patients who may be on edge, uncomfortable talking about their personal issues.

“Professionals might feel intimidated by it, but it’s a lot simpler than they think,” said Keisling who is coordinator of Penn State Health’s Gender Health Clinic, which is marking its one-year anniversary this fall.

Keisling said she always starts her first conversations with patients at the clinic by telling them her name and what pronouns she uses. She then leaves the door open for them to talk about how they want to be addressed. She says it is all a matter of being open and treating patients with dignity – something they don’t always get from others in their daily lives.

The need to know how to be welcoming and respectful of transgender patients is increasing as that patient population grows. About 1.4 million people in the U.S. identify as transgender, according to the Williams Institute, a research group whose numbers are widely accepted.

J. Maurice McCants-Pearsall, director of HIV and Health Equity at the Human Rights Campaign in Washington, D.C., spoke during Penn State Health and Penn State College of Medicine’s PRIDE 2020 Celebration in August and said more needs to be done to sensitize health care professionals about this growing group. He tells medical school students not to make assumptions about their patients’ gender identification. He suggested using neutral terms until their patients are comfortable talking about the issue.

The number of people who identify as transgender is expanding, Keisling said, because younger adults are more likely than older ones to say they are transgender. They have a growing awareness of their identity. The Williams Institute statistics bear this out. While .6% of the nation’s overall population identifies as transgender, that figure is .7% among 18- to 24-year-olds.

“Younger people are aware there is a word for who they are,” she said. “A lot of older people went through life not knowing who they are. They had no way of defining it.”

The change is in large part because of information now available on the Internet, she said, and for the small but growing number of visible role models, such as Pennsylvania Health Secretary Rachel Levine, who is transgender and was formerly a physician at Penn State Health Milton S. Hershey Medical Center.

Generally, this group of young adults is underserved and misunderstood. They hesitate to seek medical care because of fears of how they will be treated. For many years, Penn State Health informally offered some gender identity services. More recently, the health system decided it needed a formal program and launched the Gender Health Clinic in 2019.

The clinic is designed to address the needs of transgender and gender-diverse children, youth and young adults through the age of 24. It offers an interdisciplinary approach to gender-affirming care. The goal is to provide emotional support, access to information and resources, along with health care for the full spectrum of gender identity.

The other important aspect of the job for Keisling, who has worked with transgender youth for two decades, is that the clinic become a hub of best practices for health care professionals when they are working with transgender patients.

One of the main points Keisling makes to health care providers is that they should only focus on someone being transgender if that is part of their medical issue. She uses the example of a patient seeking help for a totally unrelated problem.

“If someone has a broken arm, there is no reason to focus on their gender – it’s not the issue,” she said. “Treat what the patient is putting in front of you.”

Penn State Health is committed to providing a respectful and welcoming environment for its transgender patients, employees and learners and has been recognized by the Human Rights Campaign as a top performer in its Health Equality Index. Two years ago, the health system established a Sexual and Gender Minority Task Force that includes faculty, students and LGBTQ advocates.