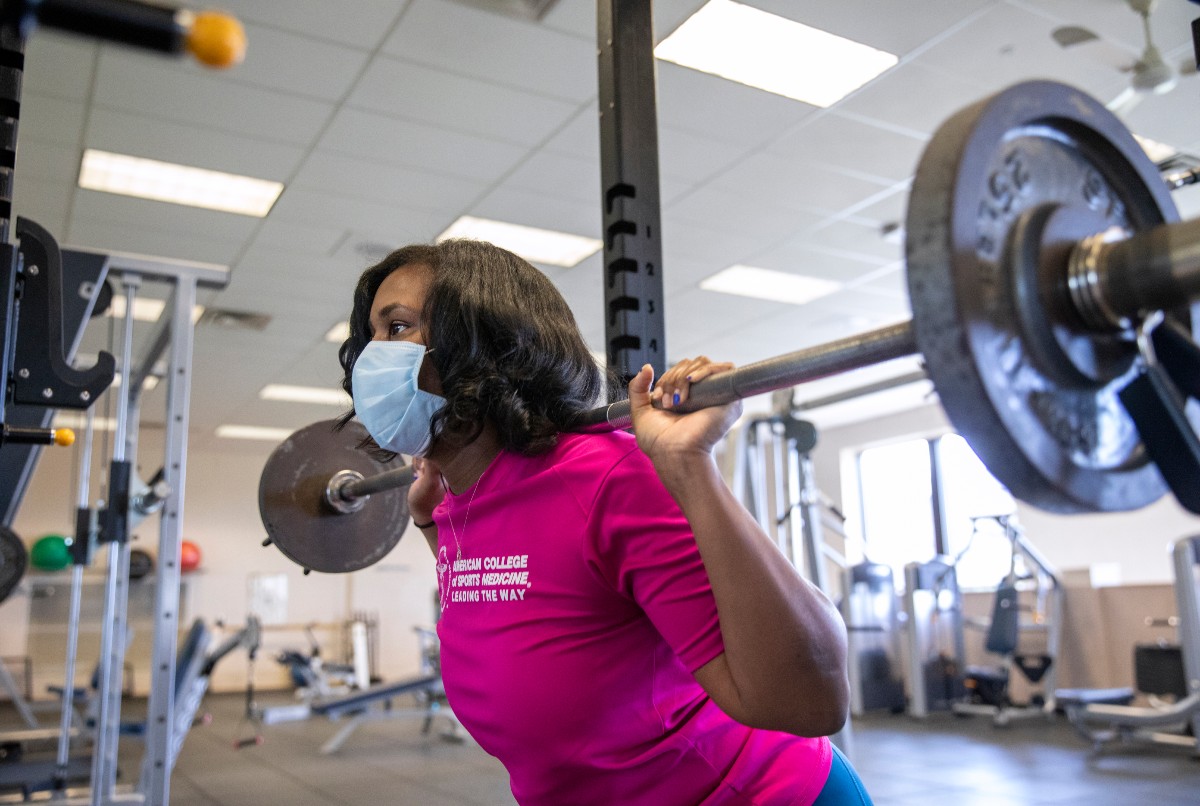 Natasha Renee Burse, a Penn State College of Medicine student who received a competitive grant from the National Cancer Institute, works out in the University Fitness Center.

Natasha Renee Burse is not a stranger to competition. She went from sprinting to the finish line of races as a Division I track and field athlete to striving to become a cancer scientist.

But right out of the starting block, Burse encountered a hurdle she wasn’t anticipating as a young adult – a breast cancer diagnosis.

Some people say cancer doesn’t define them – but Burse’s journey with breast cancer ultimately shaped her research career. Now a fourth-year doctor of public health candidate at Penn State College of Medicine, she secured a prestigious grant from the National Cancer Institute and will use it to study physical activity and quality of life among cancer survivors.

It started out as a lump that 25-year-old Burse originally thought was due to lifting heavy weights. It turned into a cancer diagnosis after a surgical biopsy in June 2015. Burse was just getting ready to join a graduate program in biobehavioral health at Penn State.

“I was more devastated that I had to postpone school than I was at my diagnosis,” Burse said. “I had worked so hard to get to graduate school and worried it would hinder my ability to pursue my career goals.”

With the support of her friends and family, especially her mother, Burse pressed on through multiple rounds of chemotherapy, targeted immunotherapy and a few surgeries. Her treatment came with the usual side effects – losing her hair, loss of taste and smell, fatigue and weakness – but she continued to exercise when she could. 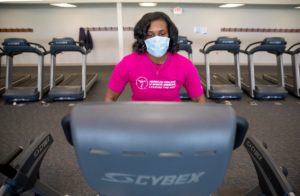 Natasha Renee Burse works out in the University Fitness Center.

Burse finished her treatments in August 2016 – just in time to begin her graduate studies. Previously, she was interested in obesity and hypertension in adults and the impact of social support on physical activity among racial and ethnic minorities – but her focus changed after her diagnosis.

“White women have a 90% percent chance of surviving five years after a breast cancer diagnosis,” Burse said. “In Black women, that survival rate drops to 80%. I began to take interest in what factors contribute to those disparities – from socioeconomic factors like low income and low education to differences in tumor biology and rates of obesity.”

Burse had reviewed studies that linked regular physical activity and improved quality of life among cancer survivors. But she quickly found a few gaps in the studies. There was not enough data to show if the association applied to Black women or other minority groups and if the association was stronger or weaker among Black women.

Although Burse was a student in Penn State’s doctoral program for biobehavioral health, her newfound research interests led her to Kathryn Schmitz, a professor at the College of Medicine with a passion for using exercise in cancer prevention, control and survivorship. She applied to the College of Medicine’s Doctor of Public Health program after realizing it aligned better with her interests and career goals.

Prior to transferring to her new program and campus, Burse returned to her home state of Texas – where she completed her cancer treatments – to intern with a breast medical oncologist and researcher at MD Anderson Cancer Center in Houston. In fall 2017, Burse came to Hershey where she began to work with Schmitz towards a doctorate in public health and to pursue her interest in behavioral medicine, minority health and breast cancer.

Since her arrival at the College of Medicine, Burse has been busy. With the help of Schmitz and other mentors, she was selected by a panel of five National Institutes of Health-funded scientists at Penn State to apply for a competitive grant known as the National Cancer Institute Predoctoral to Postdoctoral Fellow Transition Award (F99/K00). The award supports doctoral candidates completing their dissertation research and transitioning to cancer-focused postdoctoral career development research positions.

Burse was one of 24 recipients in the U.S. of the award, which receives numerous applications each year.

“Physical activity is so important to me,” Burse said. “Some people question why I got cancer because I was an athlete but cancer does not discriminate. In fact, physical activity has multiple benefits including improving survival, improving quality of life, and managing symptoms for cancer patients and survivors – and I hope to contribute new knowledge and insights to help make a difference in the community.”