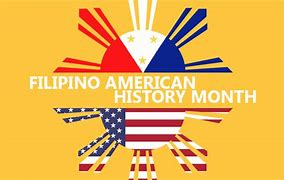 Filipino-Americans are one of the fastest growing immigrant groups in the United States. contributed significantly to the American labor movement, particularly with the United Farm Workers movement in the 1960s. A quarter of a million Filipino- Americans are veterans of World War II.

Traditional Count and Capture Game of the Philippines Sungka is one of the traditional games in the Philippines that most families enjoy during gatherings. It involves dropping shells or stones into large holes on a long canoe-shaped board called Sungkaan.

While most Filipinos today eat using a spoon and fork, the traditional way of eating is kamayan, or “with hands.”

Some typical dishes of the Filipino Culture include:

Here are some documentaries you can check out out to learn more!