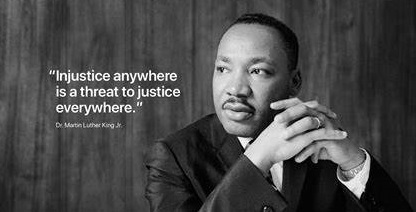 Martin Luther King Day is observed every year on the third Monday of January. King was an influential civil rights leader, best known for his work on racial equality and ending racial segregation in the United States. His life and achievements are remembered and celebrated on this day.

King was honored with dozens of awards and honorary degrees for his achievement throughout his life and posthumously. In addition to receiving the Nobel Peace Prize in 1964 for his  adoption of nonviolent resistance to achieve equal rights for Black Americans, King was awarded the NAACP Medal in 1957 and the American Liberties Medallion by the American Jewish Committee in 1965. After his death, King was awarded the Presidential Medal of Freedom in 1977 and received the Congressional Gold Medal in 1994 with his wife, Coretta. King is remembered for his masterful oratorical skills, most memorably in his “I Have a Dream” speech.

King’s legacy has inspired activists fighting injustice anywhere in the world. Join Penn State Health in celebrating Martin Luther King Jr’s life and work by checking out some of the activities below:

Now there is a final reason I think that Jesus says, “Love your enemies.” It is this: that love has within it a redemptive power. And there is a power there that eventually transforms individuals. Just keep being friendly to that person. Just keep loving them, and they can’t stand it too long. Oh, they react in many ways in the beginning. They react with guilt feelings, and sometimes they’ll hate you a little more at that transition period, but just keep loving them. And by the power of your love they will break down under the load. That’s love, you see. It is redemptive, and this is why Jesus says love. There’s something about love that builds up and is creative. There is something about hate that tears down and is destructive. So love your enemies. (from “Loving Your Enemies”)”
― Martin Luther King Jr., A Knock at Midnight: Inspiration from the Great Sermons of Reverend Martin Luther King, Jr.

2 p.m.: A virtual presentation “Together We Can Be The Dream…Beloved Community”
Location: Penn State Health Milton S. Hershey Medical Center

Check out some resources to learn more about the life and work of Martin Luther King Jr: