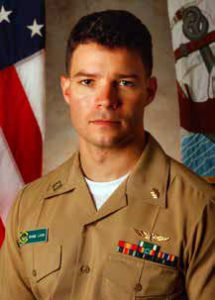 After medical school, he completed his general surgery internship at Naval Medical Center Portsmouth0 and did further training in aviation medicine to become qualified as a naval flight surgeon. After his training, he served as the Airwing flight surgeon for Carrier Airwing FIVE in Atsugi, Japan. During his time with the Airwing, he completed two rigorous deployments aboard the USS Ronald Reagan, in support of Seventh Fleet operations in the Pacific.

The talk is free, and registration is not required.

Penn State College of Medicine designates this live activity for a maximum of 1 AMA PRA Category 1 Credit(s)TM. Physicians should claim only the credit commensurate with the extent of their participation in the activity.
﻿
For details, email ContinuingEd@pennstatehealth.psu.edu.