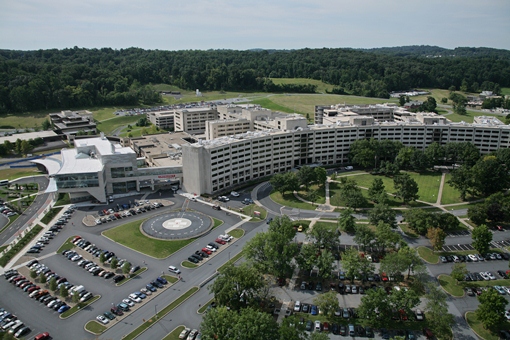 Penn State College of Medicine has received a grant of nearly $1.2 million from the National Space Biomedical Research Institute (NSBRI) as part of an initiative to support human health during spaceflight.

Through the award, College of Medicine researchers led by Henry Donahue will launch an investigation of the relationship between bone loss and muscle atrophy, two afflictions that are often reported by astronauts as side effects of space travel. This laboratory study will simulate the weak gravity experienced in space by using a suspension device that lightens the load on bone in an animal model.

This allows researchers to study the potential losses in the muscle and bone tissue that result from inactivity and mirror those that occur in humans exposed to spaceflight conditions.

“Understanding how these two processes respond to simulated microgravity will allow for the development of effective countermeasures to preserve astronaut health during missions and upon return to Earth,” said Donahue, Michael and Myrtle Baker Professor and director of the Division of Musculoskeletal Sciences within the Department of Orthopedics and Rehabilitation, Penn State College of Medicine. Although scientists have heavily researched each process separately, this is the first comprehensive examination of the effects on both muscle and bone; these two processes are highly reactive to each other since their functions are so closely related. The study will also examine a possible cause-and-effect relationship between the two factors.

“Upon completion of this research, we hope to recommend specific therapeutic strategies and countermeasures that target muscle and bone as an integrated unit rather than tackling the processes separately,” said Donahue. “Studies like this are useful to mitigate risks for astronauts, but they also often lead to advancements and new therapies for bone diseases such as osteoporosis and osteoarthritis in patients on Earth as well.”

Work on this project will involve a multidisciplinary team of researchers, including Charles Lang, Distinguished Professor of Cellular and Molecular Physiology, and Shane Lloyd, a graduate student in the college's M.D. /Ph.D. program. Donahue and Lloyd were part of a team that flew mice on the last space shuttle mission in July 2011, and the current project grew out of those studies.

Located in Houston, the NSRBI is a non-profit partner of NASA committed to understanding and reducing the health risks associated with space travel. This is accomplished through collaborations with top researchers and educators in academic, industrial and government levels, in addition to the nation's leading biomedical research institutions. Donahue was recently appointed associate team leader, Musculoskeletal Alterations Team for NSBRI.

The College of Medicine proposal was one of 29 chosen at a consortium of the NSBRI and the NASA's Human Research Program (HRP), in which technical and scientific experts evaluated responses to concerns about astronaut health. The collective aims of the NSBRI and HRP are to help astronauts complete their challenging missions successfully, while preserving the astronaut's health throughout their lives.