The Medical Minute: Promoting a ‘smart' approach to antibiotic use 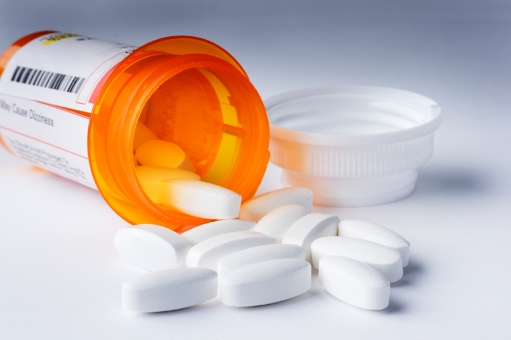 Antibiotics are used to treat a wide range of illnesses – including some they're not equipped to fight. The unnecessary prescriptions are often a result of undue pressures placed on parents and physicians.

Penn State Hershey Children's Hospital is joining with the Pennsylvania Department of Health and Pennsylvania Department of Public Welfare to remind parents, doctors and daycare providers of what antibiotics can – and can't – do. The Get Smart About Antibiotics campaign is designed to increase awareness about the appropriate use of the medications.

Dr. Nicole Hackman, a pediatrician at Penn State Hershey Medical Group Hope Drive, says antibiotics can successfully fight bacterial infections such as an ear infection, urinary tract infection or even pneumonia. But the medications are not effective against infections caused by a virus, such as the common cold and some ear infections. Hackman says it's important to save antibiotics for when they're truly necessary.

“By using antibiotics properly, we keep all of our options open and hope to keep our antibiotic resistance rates lower,” Hackman says. She adds proper use also limits occurrences of potentially troublesome side effects such as vomiting and diarrhea.

“Sometimes doing nothing is the best for the children,” Hackman says. She notes that ear infections in children age two and older often will go away on their own within a couple days.

Despite all that is known about when antibiotics are effective and when they're not, the drugs are sometimes prescribed at the urging of parents who feel overwhelming pressure to get back to work. The need to stay at home with an ill child can translate into lost wages, and that can lead to frustration which, in turn, leads to pressure exerted on the parents and the pediatrician.

“Antibiotics sometimes are seen as the ticket back into daycare,” Hackman says. “That's what we're working to change.”

The state has guidelines as to what medical conditions warrant exclusion from a daycare setting and which ones do not. But because each daycare center is allowed to have its own exclusion policy, the rules may vary from one center to another. Hackman says she's always willing to write a note to daycare providers when a child's illness is neither contagious nor serious.

Part of the Get Smart About Antibiotics campaign involves studying the state's guidelines for daycare exclusion policies to see if changes are needed. Hackman says surveys will assess the stresses parents encounter with regard to daycare readmissions as well as knowledge of the state's exclusion guidelines among daycare providers and pediatricians.

Additional outreach efforts center on safety issues around antibiotics, including taking the medications as directed and not saving leftover portions for use by other people or during a future illness.

>> Learn more about the Get Smart About Antibiotics campaign and safe antibiotics use in the latest edition of Penn State Hershey's Sound Health podcast.

>> Think you know your stuff about antibiotics? Take this quiz: www.cdc.gov/getsmart/resources/quiz.html