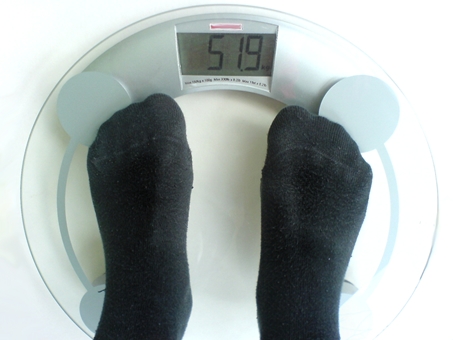 While the number of overweight and obese Americans has increased, the amount of weight counseling offered by primary care physicians has decreased – especially for patients with high blood pressure and diabetes – according to Penn State College of Medicine researchers.

More than 145 million adult Americans are overweight or obese.

Researchers analyzed data from the National Ambulatory Medical Care Survey for the years 1995-1996 and 2007-2008. This national survey collects information about the provision and use of outpatient medical care services in the United States. The 2007-08 data was the most recent available at the time of the study, and the two time periods were chosen because the survey structure was similar for better comparisons.

Despite the current obesity epidemic, patients seen in 2007-2008 had 46 percent lower odds of receiving weight counseling, with counseling occurring in only 6.2 percent of visits in that year.  At the same time, the percentage of adults who were overweight or obese increased from 52.1 percent in 1995 to 63.3 percent in 2008.

Researchers report their findings in a recent edition of the journal Medical Care.

“It is striking that the odds of weight loss counseling declined by 41 percent, with only 29.9 percent of obese patients receiving counseling in 2007-2008, given the substantial increases in the rates of overweight and obesity during that time,” said Dr. Jennifer Kraschnewski, assistant professor of medicine. In addition, patients with high blood pressure were 46 percent less likely to receive counseling, and diabetes patients were 59 percent less likely. “People with these conditions stand the most to gain from the weight counseling,” Kraschnewski said.

In 2003, the U.S. Preventive Services Task Force recommended that physicians screen all patients for obesity and offer counseling and interventions to promote sustained weight loss. Created in 1984, the task force makes evidence-based recommendations about preventive services including screenings and counseling.

“Unfortunately, other studies have shown that physicians do not conduct weight and weight-related counseling for the majority of their affected patients,” Kraschnewski said. Evidence shows that counseling can help adults lose weight and keep it off.

The reasons for this drop are unclear, according to the researchers. Barriers for physicians to offer weight counseling include pessimism that patients can change, time limitations during appointments, and thinking that their training for lifestyle counseling is inadequate.

“There are many additional competing demands in the outpatient care between study years, including an increase in chronic illnesses, a focus on quality improvement, and use of electronic health records,” Kraschnewski said. “Although visit duration has actually increased over the study time period, the number of items addressed during clinic visits has increased substantially more, suggesting less time is available to provide counseling.”

Other reasons may be that counseling services are not reimbursed, the researchers said, or that as physicians see rising rates of obesity among their patients, they offer less counseling because of a perceived lack of success.

Kraschnewski said the lack of response to the obesity epidemic by primary care providers is a missed opportunity.

“Primary care has long been instrumental in significant public health successes such as decreased stroke and heart disease deaths due to the management of high blood pressure and high cholesterol,” she said. “However, unlike these conditions, primary care providers lack effective tools to address the obesity epidemic.”

Effective and easily implemented interventions to address weight counseling in the primary care setting are needed. “PCPs serve on the frontlines of health care and must be actively engaged to help address the nation's obesity epidemic,” Kraschnewski said.