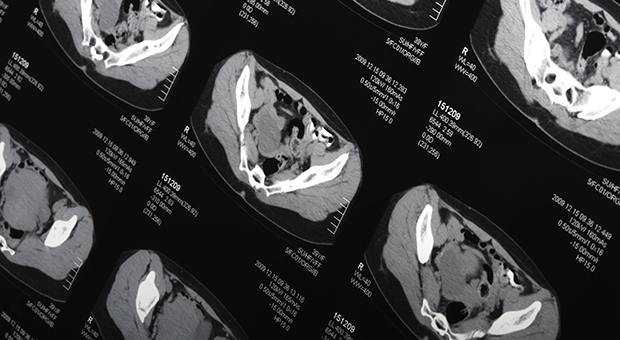 The digital rectal exam is an important screening test that can discover prostate cancer that a prostate-specific antigen or PSA test may not, despite the higher sensitivity of the PSA test, according to Penn State College of Medicine researchers.

The digital rectal examination is a procedure where a physician feels the surface of the prostate with a gloved finger. The doctor is able to feel any lumps or hard areas on the prostate.

A PSA test checks for levels of prostate-specific antigen in the blood, with higher levels signaling potential cancer. As men age, the acceptable PSA level increases.

“Prostate cancer is the most common cancer in men, accounting for over 28,000 deaths yearly,” said Jay Raman, M.D., associate professor of surgery. “Improvements in screening methodology and refinements in cancer care have contributed, in part, to a reduction in recent mortality rates.”

An elevated PSA level or an abnormality found on the prostate during the digital rectal exam typically leads to the recommendation of prostate needle biopsy, the most accurate diagnostic technique. Elevated PSA levels have been shown to more accurately predict a positive cancer biopsy result than the rectal exam. The digital rectal exam has been considered less precise because there is variability regarding who administers the test and the experience of that person, and incorrect positives associated with noncancerous abnormalities.

Penn State Hershey researchers studied 806 men from September 2001 to December 2008 to see how the initial testing lined up with the results of their biopsies.

Because the acceptable PSA level is increased for older men, it is possible that prostate cancer is being missed if only the PSA test is used.

“Our study confirms that the digital rectal exam remains an important part of screening such patients because 31 percent of cancers in our study would have been missed by using age-specific PSA cutoffs alone,” Raman said.

Researchers published their findings in The Canadian Journal of Urology.