CEO and Dean reacts to potential impact of sequestration 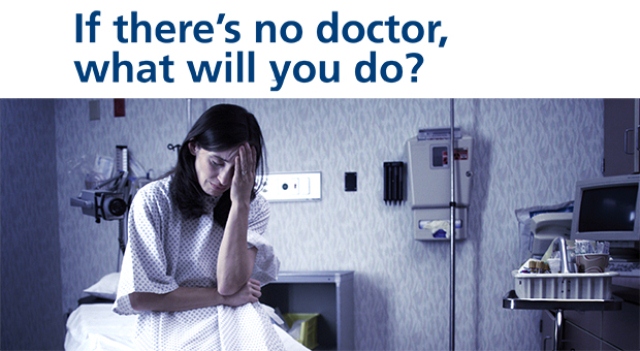 Penn State Milton S. Hershey Medical Center is deeply concerned about the impact that sequestration will have on programs that are vital to the health of those we serve. They include medical research supported by the National Institutes of Health (NIH) and Medicare Parts A and B payments.

As central Pennsylvania’s only academic health center we have a responsibility to serve our community by producing the next generation of health care professionals and biomedical scientists, discovering new medical knowledge that will improve health, and providing state-of-the-art care for serious or life-threatening conditions. Once sequestration takes effect on April 1, 2013, it will begin to take a toll on our efforts to fulfill those missions.

For NIH, sequestration will result in a $1.5 billion cut to teaching and research hospitals like ours in the first year alone. For our Medical Center and College of Medicine it means a reduction of $4.85 million annually. We estimate a loss of $1.2 million just for the months of April, May and June. This comes on top of the fact that NIH has lost one-fifth of its purchasing power over the past decade. 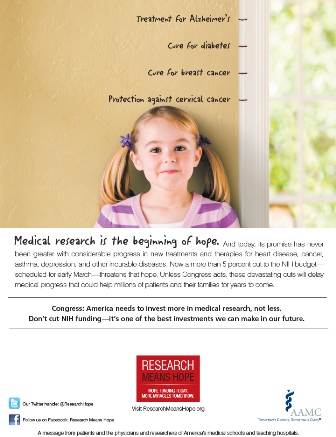 Researchers who cannot get competitive funding in the U.S. may seek other opportunities abroad. If we continue to undercut our national investment in medical research, we not only will deny hope to millions of patients and their families, but we also jeopardize our standing as the world's leader in medical research, weakening our ability to compete in the global innovation-based economy of the 21st century. It is estimated that the cut in NIH funding will result in the loss of more than 20,000 jobs nationwide. At Penn State Hershey, we project that we may have to cut as many as 32 jobs.

Sequestration also threatens Medicare hospital and physician payments at a time when providers already face a broad range of reimbursement cuts in the coming year, and Medicare already fails to cover the cost of care.

The 2 percent sequester of Medicare will cut provider payments by $10.7 billion, including more than $1.3 billion in cuts at teaching hospitals and medical schools that are members of the Association of American Medical Colleges (AAMC). These cuts could result in the loss of nearly 34,000 jobs at AAMC-member institutions like ours, including those workers directly employed by the health care sector, as well as other jobs supported by the purchases of health care organizations and their employees. At our institution, the direct loss of Medicare funds could result in the elimination of up to 65 additional jobs.

If we are to address the health challenges of an aging and increasingly diverse population, and remain a vibrant force in the global economy, America needs more investment in medical research and the health care workforce, not less.  We urge our government leaders to work together on a solution that reverses the pernicious effects of sequestration—and the devastating impact of continued cuts—on programs that benefit all of our citizens.

Program on successful strategies for working with the IRB is Jan. 16