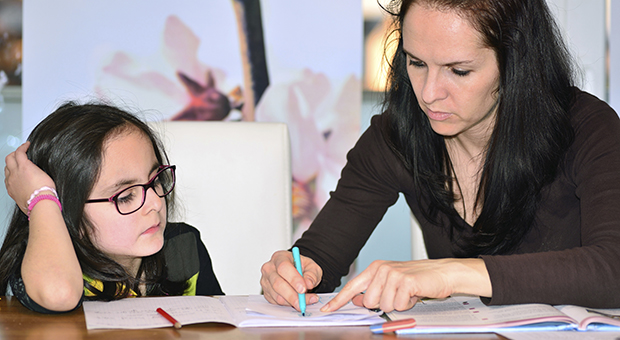 Parenting skills of adults with ADHD improve when their ADHD is treated with medication, according to Penn State College of Medicine researchers.

At least 25 percent of clinic-referred children with attention deficit/hyperactivity disorder have a parent with ADHD.

“Parents with ADHD are at increased risk to engage in problematic parenting techniques, including inconsistent disciplinary practices, making ineffectual commands and diminished use of praise,” said Dr. James Waxmonsky, associate professor of psychiatry. “Having a parent with ADHD also decreases the chances that children with ADHD will respond to typically effective medication or counseling treatment.”

The researchers studied 20 parents of children ages 5 to 12, both parents having ADHD. Parents were evaluated to determine their optimal dosage of lisdexamfetamine (Vyvanse) and then stabilized on the medicine.

In the first phase of the study, parents and children were brought into the laboratory on two separate occasions and observed while completing typical parenting tasks. Each standardized interaction consisted of a homework component and a non-academic portion. In the homework task, parents helped children in complete age-appropriate schoolwork. In the non-academic task, parents and children played together, then parents were instructed to complete paperwork while the child was told to play quietly by themselves.

The parent received either lisdexamfetamine or a placebo for the first observation and then the opposite for the second.  Neither the researchers nor participants knew when the active medication was received.

The results of the first phase showed no medication effect was seen during the homework component. During the non-academic component, parents were less likely to make negative statements toward their children on lisdexamfetamine than on placebo.

Children showed less inappropriate behavior during the homework task when their parent was prescribed lisdexamfetamine versus placebo.

The results of the second phase showed that parents on lisdexamfetamine made fewer commands, were more responsive to their child and praised their child more than parents switched to placebo.

“In the laboratory setting, lisdexamfetamine treatment of parental ADHD was associated with significant reductions in children's negative behaviors and improvements in parenting behaviors found to be adversely impacted by ADHD,” Waxmonsky said.

With different effects being seen in the homework versus the nonacademic tasks, it appears that ADHD medication may improve adults' capacity to adjust their parenting behaviors to the task at hand.

“Changes in children's behaviors were seen first, with parenting behaviors improving over time in those continuously treated with lisdexamfetamine,” said Waxmonsky.

Future research should use a larger sample of parents over a longer duration.

The current research was conducted while Waxmonsky was at Florida International University.

Shire Inc., the manufacturer of lisdexamfetamine, funded this study, which was initiated by the investigators.