The Medical Minute: How parents can use ‘time outs' effectively 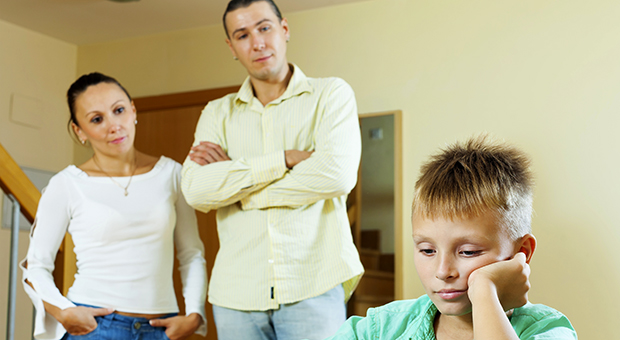 Whether dealing with a two-year-old's tantrum or a six-year-old's refusal to clean up after herself, many adults have, at some point, pulled a time out from their bag of discipline tools.

When used effectively, a time out can train children to behave in acceptable ways. The problem is that not all grown-ups know when or how to use the time out to their advantage.

Many follow conventional wisdom that when a child demonstrates unacceptable behavior, he or she should be separated from the activity for a number of minutes equal to his or her age.

Brian Allen, a child psychologist at Penn State Hershey Children’s Hospital, suggests considering the reason for the child's misbehavior first. If the behavior is attention-seeking, a strategy known as active ignoring or selective listening may be more appropriate.

A child who is told that she can't have ice cream may throw a tantrum in hopes of getting his or her way. If she cries long enough and loud enough, the frazzled adult may give in, she figures.

Instead, Allen suggests adults ignore the drama. Walk away or pop in headphones with soothing music to calm the nerves and create the perception that you are ignoring the child while still monitoring the situation for safety.

“If you are no longer engaged, it will eventually stop,” he says.

Eventually could mean three minutes – or even a half-hour – later. But it will happen.

Time outs are most effective when they teach children what you want them to do instead of what they are doing.

“Otherwise, they may stop doing the behavior now, but they haven't actually learned anything new,” Allen says.

Children who refuse to go into – or remain in – time out, or who move their meltdown to wherever they have an audience, may be seeking attention and might be better served with the active ignoring technique first.

A child who refuses to respond to reasonable requests to clean up his toys may be sent to sit quietly in time out until he is ready to do what was asked. The adult can periodically check in to see if the child is ready to comply.

“If the child continues to protest, or starts a big discussion about the subject again, you can simply say, ‘OK, I'll ask you again in a few minutes,'” Allen said. “Then the conversation is done and you don't talk to them anymore.”

The key is that the child must complete the task or change the behavior.

“If you have asked them to clean something up, but then you put them in time out and go clean it up yourself, they don't learn anything,” Allen said.

Time outs are most effective when used sparingly, in an environment where the child is receiving praise and having mostly positive interactions with adults. “If they are in timeout five times a day and never get good feedback or praise, they are not going to care,” Allen said. “The time out is about hating that they don't have that positive attention.”