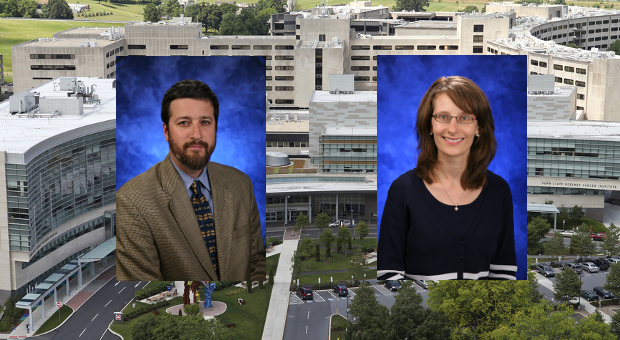 Shapiro, who had been chair of the Department of Humanities, will work to elevate the culture of respect at the institution. He will also serve as a liaison between the dean's office and search committees for department chairs.

Shapiro, the Garner James Cline Professor of Humanities in Medicine, joined Penn State in 2008. He earned his PhD in clinical psychology at the University of Florida and went on to Harvard Medical School, where he completed an internship and an endowed post-doctoral fellowship. A psychologist, Shapiro's writings about physician-patient relationships and physician wellness have appeared in the New York Times, the New England Journal of Medicine, JAMA and Academic Medicine, as well as on NPR’s All Things Considered and other outlets. He is an award-winning author of three books, has served as a consultant for the television show “Grey’s Anatomy” and has also held two professorships from the Arnold P. Gold Foundation.

Saunders is active in medical student and resident education, and was awarded a Dean's Award for Excellence in Teaching and a Psychiatry Resident's Teaching Award. She succeeded Dr. Alan Gelenberg, who retired from the organization in December 2014 after five years as department chair.