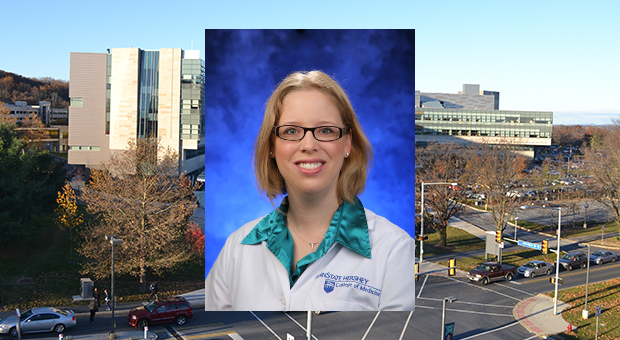 As executive director of the center, Kraschnewski will oversee an organization that collaborates with schools, communities and like-minded organizations on projects related to promoting nutrition and physical activity behaviors as well as other whole-child wellness initiatives. The center includes a team of nine faculty and staff with expertise in project management, health education and marketing.

Kraschnewski will be replacing Donna Kephart who has served as executive director since 2009. Kephart was instrumental in defining the center's core competency of implementing evidence-based programs and social marketing in schools; its current reach is more than 400 schools across Pennsylvania. Under her direction, an active Advisory Council consisting of 50 corporate, government and academic officials guides the center's work and has helped position it as a statewide thought leader in obesity prevention. Over the last six years, Kephart has secured grants totaling almost $3 million from organizations such as the Pennsylvania Department of Health, the Highmark Foundation and Capital Blue Cross, which support the center's work in schools and communities. A research project led by Kephart resulted in the development of the state recommended body mass index (BMI) parent notification letter. Kephart will continue to work at the center in a part-time role.

“I am delighted to be passing the baton to Dr. Kraschnewski,” Kephart said. “She is a familiar face as she has been the medical director of research for the center for the last several years. Her experience in the federally funded research arena has the potential to help the center grow. The center's future is in great hands.”

Kraschnewski holds a joint appointment as assistant professor of medicine and public health sciences. She is a clinician-investigator with a research focus on behavioral interventions for healthy lifestyles in the primary care setting. Kraschnewski's research has received funding through the National Institutes of Health and the Patient-Centered Outcomes Research Institute. She has more than 40 peer-reviewed publications and her research has been presented and awarded at both the regional and national levels.

“It's an honor to serve Penn State Hershey PRO Wellness Center in this new capacity. The work of this center is needed more now than ever,” Kraschnewski said. “Childhood obesity threatens to undo all of the medical advances we've made in the last several decades and, sadly, our youngest generation is expected to live shorter lives than their parents. In order to overcome this epidemic, health care reform has placed a greater importance on maintaining wellness, which has been the center's focus for over a decade. We look forward to identifying new ways to help families across the state live healthier through our partnerships with health care systems, our Advisory Council and communities.”

Nationally, Kraschnewski is an active member of both the Society of General Internal Medicine and The Obesity Society. She serves as director of the National SGIM Dataset Compendium, a member of its Research Committee and secretary/treasurer elect for the region. She also serves as associate director of the Penn State MD/MPH Program. In addition to her research and administrative roles, she enjoys teaching internal medicine resident physicians and medical students in both the hospital and clinical settings.