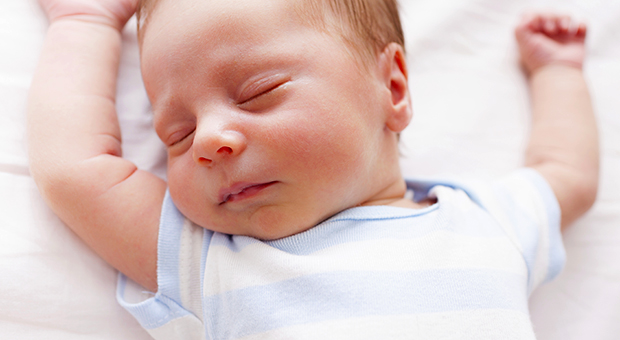 Researchers are studying the use of an intervention to prevent rapid infant weight gain and childhood obesity. Through the INSIGHT study (Intervention Nurses Start Infants Growing on Healthy Trajectories), the intervention was recently shown to cut in half the incidence of  1-year old infants being overweight. One component of the intervention promotes improving sleep-related behaviors for parents and their infants. 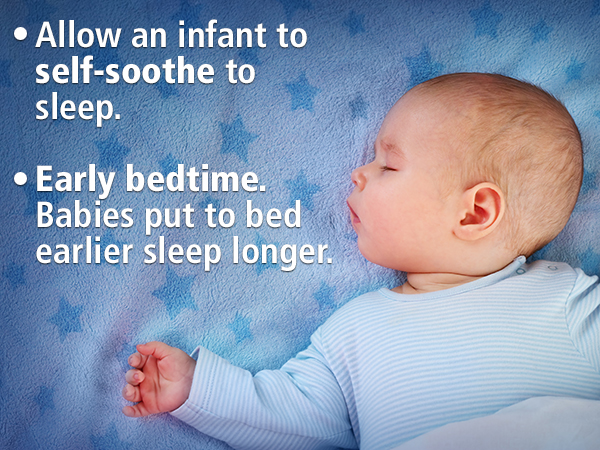 Infants of parents who learned bedtime techniques had more consistent bedtime routines, earlier bedtimes, better sleep-related behaviors and longer sleep during the night than the infants of parents who received the safety training. These infants were more likely to self-soothe to sleep without being fed and were less likely to be fed back to sleep when they awoke overnight. Researchers published their results in Pediatrics.

The researchers found that infant self-soothing to sleep and early bedtimes are specifically important in prolonging sleep time. At age 9 months, babies who were put to bed by 8 p.m. and allowed to self-soothe to sleep slept an average of 80 minutes longer than babies whose bedtimes were after 8 p.m. and did not self-soothe.

“A lot of parents try to keep their babies up longer, thinking that then they'll sleep longer at night and they won't wake up,” said study lead author Dr. Ian M. Paul, professor of pediatrics and public health sciences. “We found that's not true. When parents keep babies up longer, they just sleep less. If you want your baby to sleep longer and better, put them to sleep earlier. Regardless of what time you put babies to sleep, they wake overnight. If we don't set the expectation that they're going to be picked up and fed, they learn to soothe themselves back to sleep.”

Difficult bedtimes and short sleep duration have also been shown to negatively affect a child's development and parents' mental health.

“It is important to establish good sleep habits early in life for health reasons, including obesity prevention, but also for the emotional health of parents and families,” Paul said. “New parents of infants aren't thinking about obesity. Our intervention is designed to prevent obesity without having to explicitly talk to parents about their child's weight.”