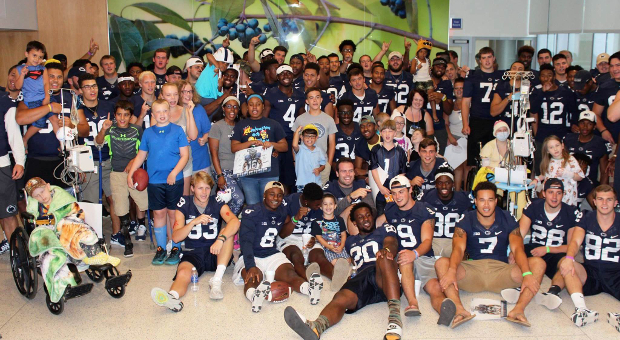 Several players, coaches and staff interacted with children and their families yesterday in the hospital's Treehouse Café. They included Four Diamonds and Children's Miracle Network families. Meantime, other groups fanned out throughout the hospital, visiting patient rooms.

“We always get more out of it than we actually give,” said Penn State Football Coach James Franklin. “Experiences like this put things into perspective – not only to be thankful for what you have but also to realize the impact that you can have on others in positive ways.”

Franklin said he wants his players to understand the value and importance of giving back.

“We try to get the freshmen involved right from day one to see that it's [about] more than just winning games and getting an education. It's about impacting others.”

This marked the third consecutive year in which the team has made a mid-July trip to the Children's Hospital. 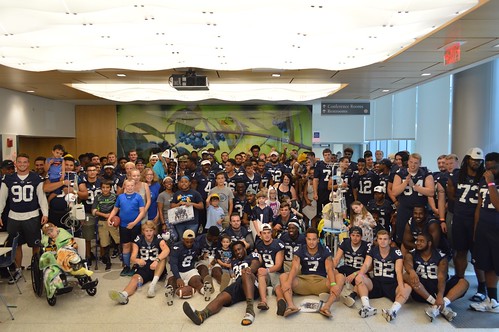