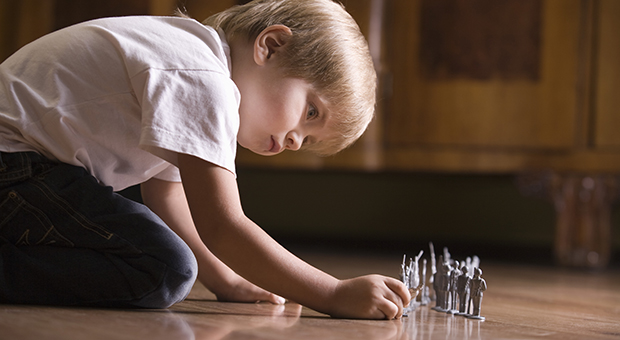 When Dr. Laura Duda goes into an elementary school classroom, she can usually spot one or two children who have a tic – a rapid, involuntary movement or sound such as sniffing, blinking their eyes or scrunching their faces.

Tics are very common in children. Not all children who develop tics receive an official diagnosis, and many outgrow it, according to Duda, a pediatrician at Penn State Health Children’s Hospital. When one demonstrates both motor and vocal tics for more than a year, they are diagnosed with Tourette syndrome. A new intervention is finding success in helping them control their condition.

Comprehensive Behavioral Intervention for Tics, or CBIT, is a therapy that can lessen the frequency of tics without resorting to medicine for many mild and moderate cases.

Dr. Timothy Zeiger, a clinical psychologist at Penn State Health Milton S. Hershey Medical Center, is one of a select group of specialists nationwide certified to provide the therapy.

“Tourette syndrome is a neurologically-based disease, but we know there are environmental factors that can exacerbate the symptoms,” he said. “A lot of these children also have high levels of anxiety and stress, so we work on treating that.”

In the past, cognitive behavioral therapy, biofeedback, relaxation therapy and stress management were the only non-pharmacological tools available to lessen a patient's symptoms.

With CBIT, the patient works to identify the sensation or feeling that comes before the tic happens.

“I have them describe it, and then we work on developing a competing response for the tic for when they feel the urge to do the tic,” Zeiger said.

Then, they replace the tic with an alternative behavior that can be managed more effectively.

“We have been able to get someone with a motor tic such as a shoulder shrug or a vocal tic such as a throat clear who would do it about 300 times an hour down to less than 10,” he said.

The intervention can be used with children as young as 6, but the child must be able to identify the feeling that comes before the tic in order for it to be effective. Those with the most severe cases can be helped with a combination of CBIT and medication.

Antipsychotic drugs, blood pressure medicines, and more recently, Topamax, have proven useful for controlling tics. But none eliminate them completely, and all of these medications have side effects.

“We try to keep patients off medicine if we can,” Duda said. “CBIT has been shown to be more effective and has fewer side effects.”

Duda and Zeiger say educating families and those who work with children about the condition is often one of the biggest things that can help.

“Typically patients are brought in because the parents notice the tics and get very scared,” Zeiger said. “Sometimes the schools think there is a danger associated with it or that they are going to hurt themselves or others, but that is not the case.”

Teaching those who interact with a child with Tourette syndrome not to give the tics negative attention is important.

“If you tell them to stop doing it, it often increases the child's level of stress and the tic actually gets worse,” Zeiger said.

He has patients coming from as far as three hours away for treatment with CBIT and sees the benefits they are getting.

“It's pretty cutting edge,” he said. “We are giving people hope.”