How parents cope with stress of the NICU affects family dynamics 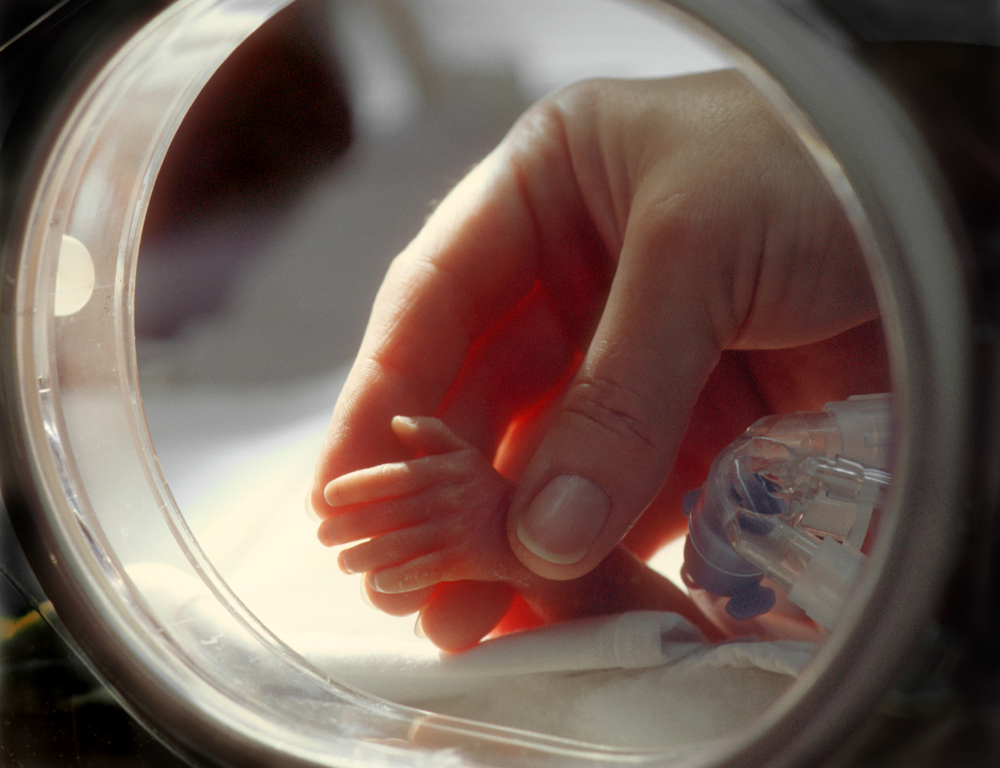 Understanding how parents cope while their child is in the neonatal intensive care unit (NICU) could lead to better support for the family and a more successful transition to home when their baby is healthy, according to Penn State College of Medicine and Penn State Harrisburg researchers. Parental use of religious and secular coping while their prematurely born baby receives intensive medical care may affect the family's interactions.

“The crisis of a baby that is born too early and requires intensive medical care to sustain life presents an enormous challenge to parents' ability to handle such stress,” said Kim Doheny, associate professor of pediatrics, Penn State College of Medicine. “The use of secular and spiritual and religious beliefs may foster effective coping and enhance the parents' ability to care for and bond with their baby.”

Previous research has shown that the NICU can add a higher level of stress because of the unfamiliarity of the unit, and that it also can create barriers for the parents to be involved in the baby's care. Parents cope with this stress through positive and negative secular and religious strategies. Examples of positive secular coping techniques are asking for family and friend support and active problem solving; negative examples are choosing to not deal with the problem or denying the problem.

Positive religious/spiritual coping includes a belief that life has meaning, being connected to others on a spiritual level and feeling a secure relationship with God. Strategies include seeking forgiveness, exploring religious or spiritual support and prayer. Negative religious coping is where the parent feels less secure in their relationship with God and have trouble finding meaning in life. These parents may feel abandoned or punished by God.

“We already know that how parents cope with their baby’s hospitalization is vital to their effectiveness as parents after discharge, but we don’t know how religious or spiritual coping plays into parents lives while in the NICU and following discharge,” said co-author Gina Brelsford, associate professor  of psychology, Penn State Harrisburg. “Even though family centered NICU care is the gold standard, many hospitals struggle to provide effective psychological supports to NICU families.”

Researchers enrolled 52 adult parents of preterm infants born at the Milton S. Hershey Medical Center and admitted to the NICU during 2012-2014. Not all parents were religious. They then surveyed the parents about how they coped during the hospitalization and about their family characteristics. This is the first study of its kind exploring religious coping strategies in the NICU. Researchers reported their results in Advances in Neonatal Care.

In the study, parents who used negative religious coping strategies and felt abandoned or punished by God had higher levels of denial and lower levels of feeling connected to family.  Findings suggest that the parents' spiritual lens is relevant when their baby is receiving nonpalliative care and that spirituality should not be forgotten when helping parents cope in the NICU.

“We need to address the whole person, or the whole family when it comes to medical care,” Brelsford said. “This requires a focus on the family unit, in particular providing basic psychological supports for all families and more intensive psychological care for those in great need while in the NICU. Also, many parents have a religious or spiritual lens through which they are experiencing the NICU.”

Added Doheny, “Parents who cope more effectively with stress during the time of hospitalization are more likely to successfully transition home with their babies after discharge. In addition to the use of family support groups and individual or group psychological counseling, health care practitioners should ask parents about their religious or spiritual worldviews to determine if support gained through this realm would be helpful to them.”

Limitations in this study included a small sample size that included mostly white married couples, and that the self-reporting of the participants may not have captured the impact of specific coping strategies on family relationships.

Researchers will next use a larger group to look at parental stress levels and mental health and relationship functioning at six to nine  months after their baby was discharged from the NICU and will determine if parents use secular and religious/spiritual coping to manage stress after discharge from the hospital.

Other researchers on this study are Joshua Ramirez and Kristin Veneman.