The Medical Minute: The dangerous allure of performance enhancing drugs 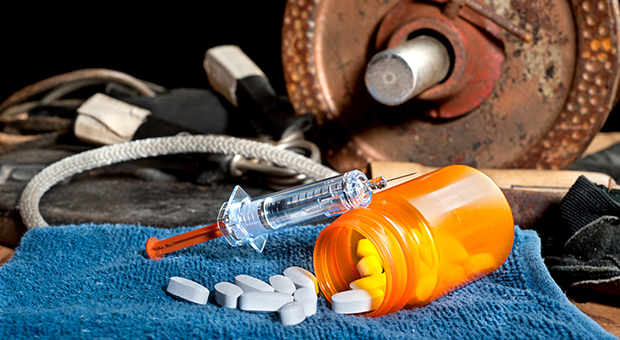 Imagine you dedicate your whole life to becoming the best in your chosen sport. You put in the work, make big sacrifices and finally make the Olympic team. You have a shot at a medal – and all the money, fame and influence that comes with it.

Then, someone offers you a magic pill with two guarantees – that you won't get caught and that you'll win everything. There's just one catch: you'll be dead within five years from the pill's side effects.

Would you take it?

A popular 1995 survey of Olympic hopefuls found that more than 50 percent of those given that proposal said they'd do it, lending insight into why many of the world's best athletes are tempted by performance-enhancing drugs, even when the risks are high.

“I think that really speaks to the mentality,” said Dr. Matthew Silvis, director of primary care sports medicine at Penn State Health Milton S. Hershey Medical Center. “They are not really thinking about life down the road because they are so wrapped up in the moment. This is their opportunity.”

The list of substances that can mean the difference between winning and not winning is long, and includes everything from testosterone and anabolic steroids to red-cell boosters, depending on the effect you want. The drugs act on the body to enhance athletic performance by increasing muscle mass or boosting the amount of blood and oxygen carried to muscles.

While football players are more likely to use steroids or testosterone to beef up, cyclists may be tempted by EPO, or erythropoietin, a drug designed to help patients in kidney failure, which some athletes use to increase their endurance.

“Doping is really something that is present in all sports,” Silvis said. “It depends on how much the governing body of that sport is looking for it.”

He said scientists behind performance-enhancing drugs work hard to create products that are more difficult to detect, with the latest frontier being alteration of a person's genetics to be a better athlete.

“From an ethical perspective, sports should be about who is the most naturally gifted and who works the hardest, but sometimes it's about who has the best scientist in their corner to give them the edge,” Silvis said.

Once the games are over, the leftover effects of doping can derail even the healthiest athlete's system.

Those who take EPO can find their body creating so many red blood cells that they develop clots and pulmonary embolisms.

Weight lifters who use testosterone have experienced shrinking testicles and deep, scarring, cystic acne on their chest and back, as well as swelling of the arms and legs, fluid retention, stretch marks and psychiatric problems such as depression, anxiety and insomnia. Women who use testosterone can become permanently infertile.

Because many of the drugs are administered by injections, there is also the risk of being infected with a dirty needle.

Dr. Cayce Onks, a family and sports medicine specialist at the Medical Center, said doping controversies have been part of the Olympics since its earliest days.

This year's headlines about the Russian Olympic team are just the latest in the saga, although with 270 Russian athletes now cleared to compete, he said it's probably the biggest scandal to date.

These days, the incentives to take a chance on performance-enhancing drugs are huge.

“Anyone who gets a gold medal has the benefit of TV contracts, announcer gigs, commercials and all the money that comes with it. It's not just the prestige and satisfaction of competing at that level and winning,” Onks said. “Tenths of seconds can mean the difference between a medal and no medal, so whatever they can do to get that extra tenth, they want to try.”

Penn State College of Medicine awarded more than $4.5 million in grants in August

Hope on the horizon: student-led vigil and memorial starts journey of healing

Ask Us Anything About… Seasonal Allergies