Subway restaurants raise another $26,500 for THON and Four Diamonds 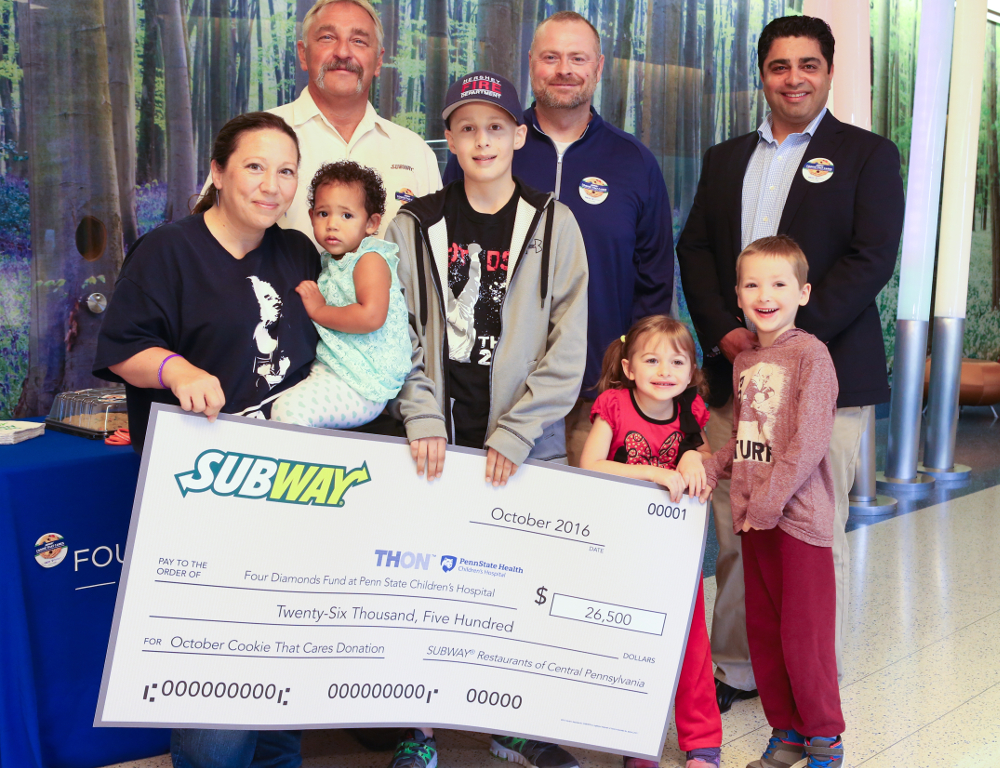 Throughout September, nearly 300 Subway restaurants across the region conducted a “Cookie That Cares” promotion, with a portion of the proceeds from all cookie sales going toward THON and Four Diamonds.

A similar campaign in February resulted in $22,500 for the two organizations.

(EDITORS: A high-resolution version of the photo can be downloaded here. View Subway’s news release here.)