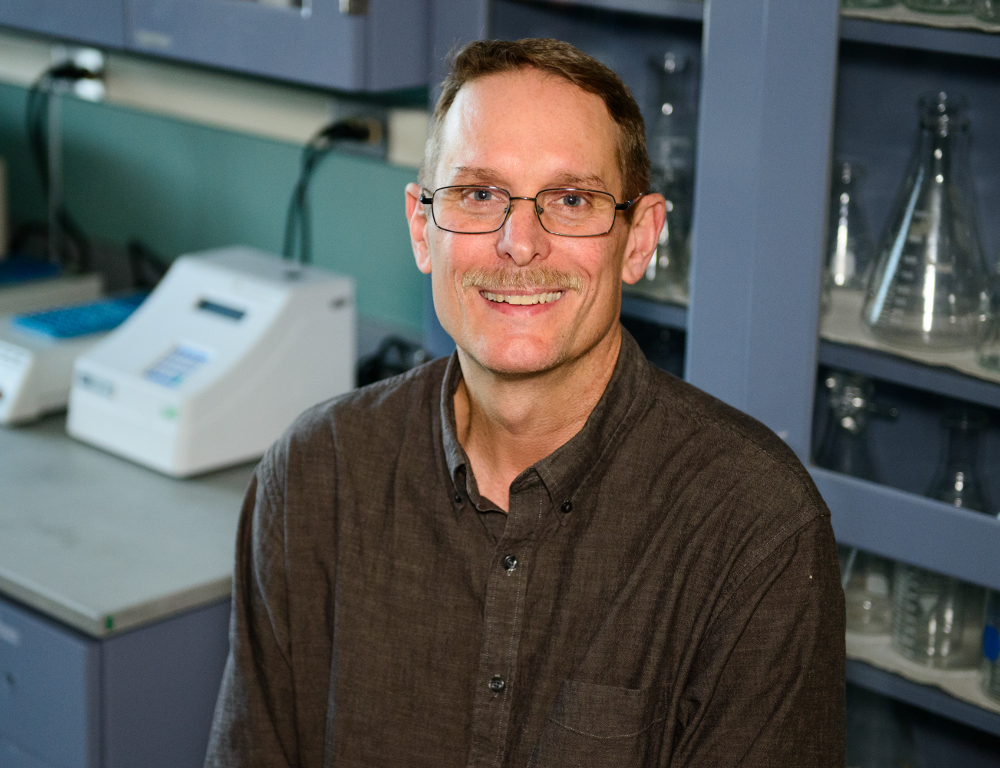 Jeffrey M. Peters, distinguished professor of molecular toxicology and carcinogenesis in the College of Agricultural Sciences at Penn State, has been appointed as new deputy director by Penn State Cancer Institute.

With a research presence in Hershey and at the University Park campus, Penn State Cancer Institute is the centerpiece of Penn State's commitment to discoveries that will lead to the prevention, treatment and cures for cancer.

“This is a University-wide effort, spanning across campuses, colleges and disciplines, to harness the power of Penn State's academic and research muscle to make a difference in the fight against cancer,” said Neil Sharkey, Penn State vice president for research. “It isn't about one campus or one college; it is about all of Penn State working together, collaborating, and sharing our collective expertise and resources to advance cancer research in a meaningful way.”

As deputy director, one of Peters' primary roles will be to provide scientific oversight for and facilitate integration of basic, translational, clinical and cancer control research done at the Cancer Institute. Another role is to recruit and engage members from within the Penn State research community.

“Jeffrey's knowledge of the breadth of cancer-related research done at University Park makes him the ideal candidate for this position,” said Dr. Ray Hohl, Cancer Institute director. “By forging stronger collaborations between clinicians and scientists at Hershey with researchers at University Park, we bring our best minds together toward the goal of ending cancer.”

Peters joined the Penn State faculty in 2000 after completing a postdoctoral fellowship at the National Cancer Institute in Bethesda, Maryland. He holds a bachelor's degree in dietetics and a doctorate in nutrition science, both from the University of California, Davis. Peters also completed postdoctoral fellowships in the Department of Cell Biology and Human Anatomy and the Institute of Toxicology and Environmental Health at UC-Davis.

Peters holds longstanding NCI funding for his research program related to cancer and lipid metabolism. He is also associate director of the Center for Molecular Toxicology and Carcinogenesis at Penn State.

“The focus of our Cancer Institute is to bring about discoveries for the prevention, treatment and eradication of cancers while offering our patients the most advanced diagnoses, therapies and outcomes close to home,” said Dr. A. Craig Hillemeier, dean of Penn State College of Medicine, CEO of Penn State Health, and Penn State's senior vice president for health affairs. “This combined effort of our physicians and scientists at Penn State working together to achieve NCI designation will bring even greater opportunities for collaboration, innovation, funding and research.”

By becoming an NCI-designated cancer center, the Cancer Institute will be able to more readily provide cutting-edge health care to people with cancer in central Pennsylvania.

On the campus of Penn State Health Milton S. Hershey Medical Center, Penn State Cancer Institute is committed to fighting cancer on every front: through education and prevention, early detection and diagnosis, effective treatment, and survivorship programs. Clinical services are offered in three locations in central Pennsylvania—State College (through a partnership with Mount Nittany Health), Hershey, and Reading (at Penn State Health St. Joseph). The Cancer Institute has three research programs focused on the themes of Population Health and Cancer Control, Mechanisms of Carcinogenesis, and Experimental Therapeutics. Additionally, pediatric cancer research led by faculty at Penn State Children's Hospital and Penn State College of Medicine is a very visible part of the Penn State Cancer Institute and greatly benefits from THON and Four Diamonds.

Previously, Peters was a co-leader for the Mechanisms of Carcinogenesis research program.

“I look forward to building interactions between faculty at the University Park and Hershey campuses, in particular among and within the colleges, including agricultural sciences, science, health and human development, and medicine, and institutes such as the Huck Institutes of the Life Sciences, Penn State Institutes of Energy and the Environment, and Penn State Cancer Institute,” Peters said.

“Through this approach, I hope we will collectively discover new dietary and synthetic compounds, as well as tailored health behavior interventions that will improve cancer chemoprevention and chemotherapy, identify new molecular pathways that may be targeted for this purpose, and increase the number of clinical trials available for cancer patients in our region.”

EDITORS: A downloadable high-resolution image of Jeffrey M. Peters can be found here.