What factors influence a patient's intent to get colorectal cancer screening? 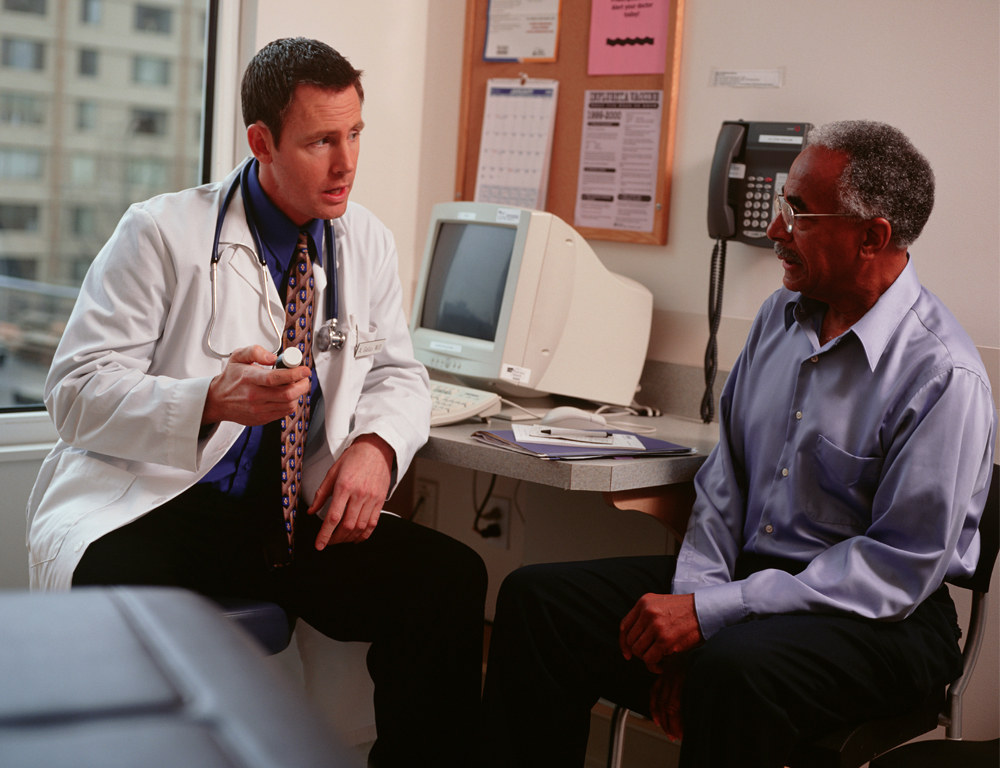 A patient's confidence in their ability to schedule, plan for and properly conduct their part in colorectal screening methods is a key factor that predicts whether they intend to be tested, according to new research from Penn State College of Medicine. The findings suggest that educating patients could improve screening rates.

Although it's recommended that adults between the ages of  50 and 75 undergo screening for colorectal cancer, only 65 percent of Americans were screened in 2010 according to the most recent data from the Centers for Disease Control and Prevention.

“We all know that screening for colorectal cancer makes a difference, but we're really failing to get people adequately screened for it,” said lead researcher Dr. Mack T. Ruffin, chair of family and community medicine at the College of Medicine.

To improve screening rates, Ruffin worked with colleagues at the University of Michigan, Ann Arbor, and Michigan State University to understand the factors that influence a patient's intent to be tested. The study included 570 men and women from 15 primary care practices in Detroit between 2012 and 2014. The researchers published their results in the American Journal of Preventive Medicine.

Self-efficacy – a patient's belief that they can schedule the screening, plan for it and properly conduct their part in it – emerged as the most important factor.

“If you have high self-efficacy, you're far more likely to intend to get screened,” Ruffin said. “It reflects knowledge experience, or understanding of the testing options. If you're not sure how to do the test or get it done, you're less likely to intend on getting it.”

Self-efficacy explained associations between such factors as race, attitudes about the importance of the test and worries about the test.

One goal of the study was to look at how race is associated with intent to be screened. More than a third of study participants were African American, making this one of the largest studies to look at colorectal screening intent in this population.

“The African-American population in our study had higher intent to get screening and felt like they were more able to do it than the white population, which is unique for colorectal cancer screening,” Ruffin said.

The racial finding is unexplained, and the researchers plan to explore it further.

Another finding was more expected. Compared to men, women were less likely to think they were at risk of colorectal cancer – a common misconception.

“Women often will say, in focus groups or interviews or surveys, ‘It's a man's disease,' when, in fact, it equally impacts men and women,” Ruffin said.

Ruffin pointed out that women have more “competing demands” when it comes to staying on top of their health.

“They've got to worry about breast cancer, heart disease, ovarian cancer, menopause and getting a Pap smear,” he said.

Still, colorectal cancer must be presented as a women's health issue, too, he emphasized.

The findings on perceived risk, self-efficacy, and intent to screen point to the importance of better patient education. “But that takes a lot of time,” Ruffin said.

Ruffin and collaborators are working on a way to streamline the decision-making process for colorectal cancer screening with an interactive tool. This could free up time for doctors to explain the tests and answer questions that may hinder patients from actually getting screened.

The new study is part of a larger one on the computerized decision aid. The researchers are investigating whether the tool improves screening rates and why. The tool also helps patients and their doctors decide between colonoscopy and stool blood testing, and the researchers will be looking to see if physicians follow this preference in their recommendations to patients.