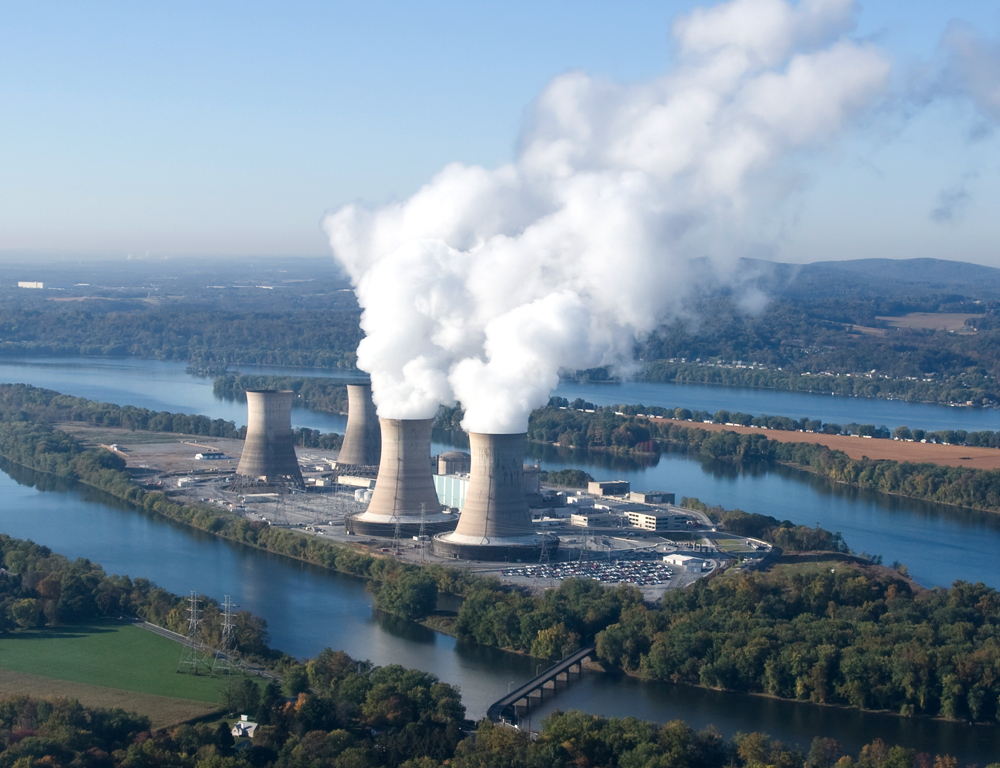 Penn State College of Medicine researchers have shown, for the first time, a possible correlation between the partial meltdown of the Three Mile Island Nuclear Generating Station and thyroid cancers in the counties surrounding the plant.

Three Mile Island (TMI), located near Harrisburg, Pa., had a partial meltdown accident on March 28, 1979. During the accident, radiation was released into the environment, which the United States Nuclear Regulatory Commission said was in small amounts with no detectable health effects.

Looking at tumor samples from people verified to have lived in the areas around TMI at the time of the accident, remained in the area, and subsequently developed thyroid cancer, researchers observed a shift in cases to cancer mutations consistent with radiation exposure from those consistent with random causes.

In this retrospective cohort study – meaning the patients in the study already had thyroid cancer and were known to have been exposed to the TMI accident – lead researcher Dr. David Goldenberg, professor of surgery, and colleagues identified 44 patients who were treated at the Penn State Health Milton S. Hershey Medical Center for the most common type of thyroid cancer, papillary thyroid cancer, between 1974 and 2014.  The patients were then divided into two groups: at risk and control groups.

Patients in the at-risk group were those who developed cancer between 1984 and 1996, consistent with known latency periods of radiation-induced thyroid cancer, and who lived in at-risk geographical areas – based on reported weather patterns – at the time of the accident.

“This definition was designed to allow us to identify relatively acute effects of radiation exposure from the accident,” said Goldenberg.

The study appeared Monday in a supplement to Laryngoscope.

Patients who developed cancer outside of the expected latency period were placed in the control group.

Researchers searched through all thyroid cancer tumor samples in the hospital's possession from the study period for patients who lived in at-risk regions Dauphin, York, eastern Cumberland, Lancaster and western Lebanon counties. They used genealogical software to verify that the patient was in an at-risk area during the accident, remained until cancer developed and was treated at the Medical Center. The tumor samples of those patients who were positively linked to the TMI accident area were then processed through the Penn State Institute for Personalized Medicine to determine genetic makeup of the cancer.

While most thyroid cancers are sporadic, meaning they happen without clear reasons, exposure to radiation has been shown to change the molecular makeup of the cancer, according to the researchers.

The study indicates that these observations are consistent with other radiation-exposed populations.

“While no single marker can determine whether an individual tumor is radiation-induced, these data support the possibility that radiation released from TMI altered the molecular profile of thyroid cancers in the population surrounding the plant,” Goldenberg said.

A limitation of this study is the small sample size, limited to tumor samples from patients treated for thyroid cancer at Penn State Health Milton S. Hershey Medical Center. The next step in the research is a study with a larger number of patients from other regional hospitals to determine if the correlation continues in a larger sample.

“All patients were screened extensively to ensure that they lived in the vicinity of TMI from the date of the accident until they developed thyroid cancer,” Goldenberg said. “We used an extensive vetting process to ensure that patients included in the study were present in at-risk counties at the time of the accident and to confirm, to the greatest extent possible, that patients resided in affected areas for their entire lives. Our study represents a static population, which increased our ability to detect radiation-induced cancers.”

Past studies about thyroid cancer and TMI have showed variable results, mainly because they were demographic studies that looked at the entire population and not just those who met the criteria of the current study.

“Much of the variability associated with these studies is likely due to the relatively small size of the population surrounding the TMI plant relative to the large population required to detect statistically significant increases in cancer incidence following low-level radiation, combined with a high degree of mobility in the local population,” Goldenberg said.