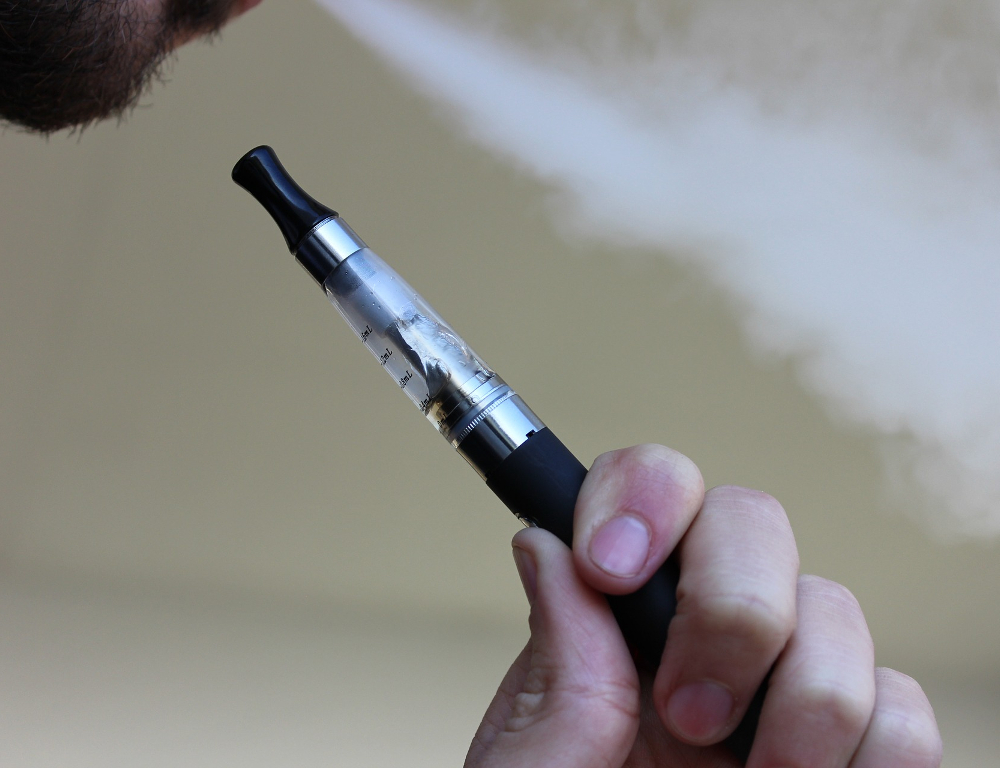 E-cigarettes include a range of battery-powered devices that heat and vaporize a liquid mixture (e-liquid) that may contain nicotine, flavorings and other chemicals. The vaporized e-liquid is then inhaled as an aerosol. Although the use of e-cigarettes (called vaping) is believed by many experts to be less toxic than cigarette smoking—and could even help some people quit smoking—recent research at Penn State College of Medicine and other institutions indicates that inhaled aerosols produced by vaporizing e-liquids are not harmless.

In addition, experts have raised concerns that e-cigarette use could cause nicotine dependence and lead to cigarette use, reversing hard-won public health gains.

A 2016 report by the Surgeon General called for more research on the use and health impact of e-cigarettes. To that end, health experts and government regulators have been awaiting the first results of the Population Assessment of Tobacco and Health (PATH) study, a comprehensive, ongoing national survey of tobacco use among more than 30,000 young people and adults.

To compare e-cigarette and cigarette dependence, researchers at Penn State College of Medicine analyzed responses to surveys taken in the PATH study. In these responses, they looked for daily or almost daily users of either e-cigarettes or cigarettes.

All of the participants included in the analysis were considered dependent due to their regularity of use. But the study's lead author, Guodong Liu, assistant professor of public health sciences, said the findings indicated that e-cigarette users were relatively less dependent than cigarette users.

“No doubt about it, e-cigarettes are addictive, but not at the same level as traditional cigarettes,” Liu said.

Follow-up studies will focus on further analysis of e-cigarette users' dependency and evolution of e-cigarette use. Around 80 percent of adult PATH participants also submitted blood and urine samples when they were surveyed. Liu's group plans to study this data when the National Institute on Drug Abuse makes it available to see if participants' nicotine levels agree with their self-reported dependence.

The researchers also plan to analyze dual users of both e-cigarettes and cigarettes—to draw a more complete picture of nicotine dependence on the entire spectrum of e-cigarette use.

Perhaps most critically, the same PATH participants will be surveyed on an ongoing basis, and the results of future waves of data will show if experimental e-cigarette users eventually are converted to regular cigarette users.

“This will be the first time we'll be able to look at this phenomenon longitudinally,” Liu said. “Before that, almost all of the surveys were cross-sectional, meaning they were just snapshots.”

The PATH study findings are expected to inform future tightening or loosening of regulations around vaping products. In May 2016, the U.S. Food and Drug Administration began regulating e-cigarettes, ruling that they could not be marketed or sold to minors under 18 years of age.

“Adolescents very much by nature want to experiment with everything and anything,” Liu said. “We have to know a lot on almost every aspect of this device before we can have a coherent action plan to better manage this new emerging tobacco delivery product.”

Other researchers on this study were Emily Wasserman, biostatistician, and Jonathan Foulds, professor, both in the Department of Public Health Sciences and the Penn State Tobacco Center of Regulatory Science; and Lan Kong, associate professor of public health sciences.