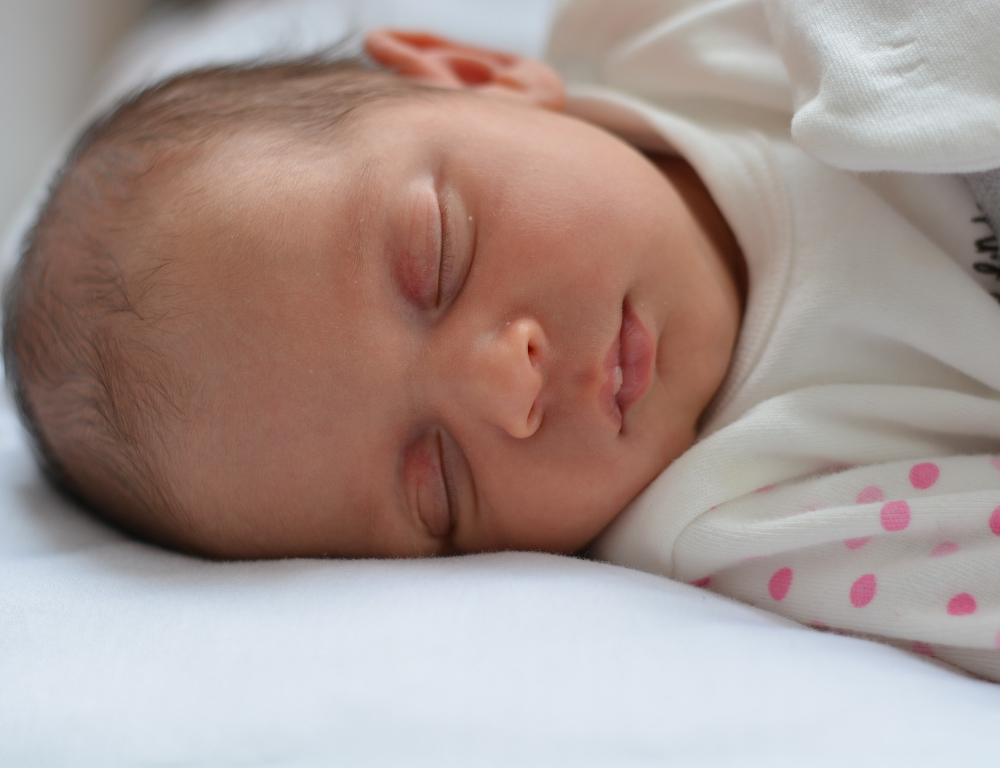 The American Academy of Pediatrics (AAP) recommends parents keep babies in the same room with them to sleep for the first year to prevent sudden infant death syndrome (SIDS). But room sharing between babies and mothers beyond the first four months is associated with less sleep for babies and unsafe sleeping practices the AAP is hoping to prevent, according to Penn State College of Medicine researchers.

While room sharing can be justified for the first six months based on the fact that 90 percent of SIDS cases happen in this timeframe, Dr. Ian Paul, professor of pediatrics, said evidence was lacking for the 6 to 12 month recommendation made by the AAP, which also conflicts with infant sleep expert guidance. This lack of evidence led the researchers to address the question of the effects of parent-baby room sharing on sleep habits and quality for infants 6 to 12 months old.

“Inadequate infant sleep can lead to obesity, poor sleep later in life and can negatively affect parents,” Paul said. “Many pediatricians and sleep experts question the room-sharing recommendation until one year because infants begin to experience separation anxiety in the second half of the first year, making it problematic to change sleep locations at that stage. Waiting too long can have negative effects on sleep quality for both parents and infants in both the short and long term.”

To study the association between room-sharing and sleep outcomes, researchers used data they had already collected from the INSIGHT study, which included 279 mothers who delivered at Penn State Health Milton S. Hershey Medical Center, and their babies. A questionnaire was completed by mothers when their babies were 4 and 9 months old and assessed sleep duration, location, night waking, night feedings, bedtime routines and sleep behaviors. Sleep duration, location and patterns were also assessed at 12 and 30 months. Paul and colleagues report their findings in Pediatrics.

At 4 months, children who already slept independently in their own room averaged 45 minutes longer stretches of continuous sleep than those who shared a room with a parent. At nine months, the gap widened: those who learned to sleep independently by 4 months had sleep stretches that averaged 1 hour and 40 minutes longer than babies who were still sleeping in their parent's room, 542 minutes vs. 442 minutes respectively. Total sleep over the night was also greater for the babies who were in their own room.

These early decisions by parents had lasting effects. At 30 months, babies who had room shared at 9 months slept, on average, 45 minutes less per night than those who were independent sleepers at 4 and 9 months.

“Perhaps our most troubling finding was that room-sharing was associated with overnight transitions to bed-sharing, which is strongly discouraged by the American Academy of Pediatrics,” Paul said. “Bed-sharing overnight was more common in our sample among 4- and 9-month-olds who began the night on a separate surface in their parents' room.”

Paul said the study questions the American Academy of Pediatrics' recommendation to room-share for the entire first year.

“Our findings showing poorer sleep-related outcomes and more unsafe sleep practices for babies who room-share beyond early infancy suggest that the American Academy of Pediatrics should reconsider and revise the recommendation pending evidence to support it.”

Paul said that parents should discuss this study and safe sleep guidance with their pediatrician and noted that breastfeeding outcomes were not different between groups at age 4 months and beyond.

Limitations of this study include the study population being mostly white with a lower number of low-income participants. The recommendations may not translate into lower income homes that may not have a separate bedroom for baby.