The Medical Minute: Being prepared for all types of emergencies 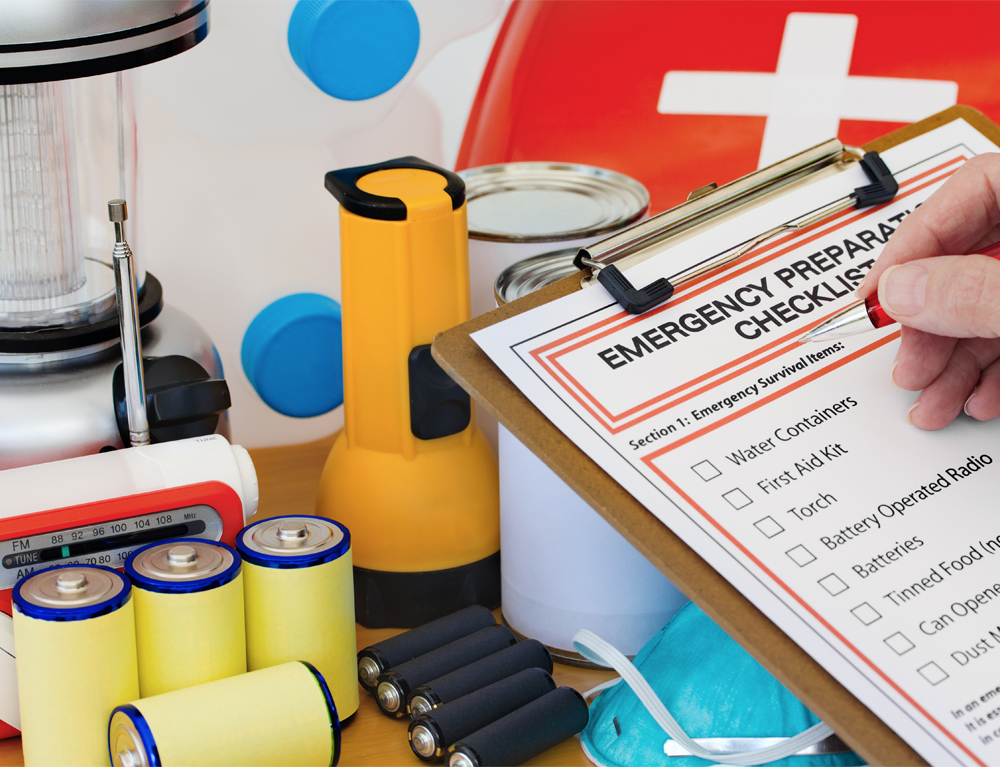 Hurricanes Irma and Harvey have left many outside their paths thinking about how they might prepare for a weather emergency. Pennsylvania may not be located in tornado alley or the eye of most hurricanes, but its four seasons serve up plenty of weather threats.

“The biggest issue that we as first responders run into is that people fail to plan,” said Scott Buchle, program manager for Penn State Health Life Lion EMS. “Then things that could have been simple issues become big problems.”

Although the state has had its share of tropical storms, more common emergencies stem from severe thunderstorms that bring flash floods, or blizzards that leave large amounts of snow and ice and people without power in their wake.

While state and federal agencies offer suggested lists of what to put in your preparedness kits, it's important to think a bit about your personal situation ahead of time and how you might handle different situations.

Russell Knapp, supervisor of fire safety for the Penn State Health Milton S. Hershey Medical Center campus, said that might mean things like understanding how your house was built and where the safe places are for the types of emergencies that could occur. “You also need to know who your emergency contacts are and the numbers,” he said. Knapp recommends families make a plan for how they would communicate in an emergency, or where they would reunite should they get separated.

He said it's smart to seek out your local fire station or municipal building that might have generators for electricity, so you know where they are before you need them.

Buchle said keeping a current list of the medications you take, the dosage, and how often you take each can help if you are relocated to a shelter. “You can give that to people who can help you get the medicine you need,” he said.

People who use home medical equipment that requires electricity should think through what they would do should the power go out for several days. Those who use medication that must be refrigerated should keep a cooler and ice packs on hand for such situations.

“During emergencies, the first responder system is stretched beyond its capacity, so people should be prepared to go several days without help,” Buchle said. That means ensuring you have enough water, non-perishable food, medication, battery backups and other supplies to get through 48 to 72 hours.

Buchle said our mobile population makes it smart to keep emergency kits not just at home, but at work and in the car as well. “If you have to evacuate from your workplace, you may not be able to go back to your house,” he said. “Or you could be at a picnic or somewhere that you come across someone who is injured, so it's good to have a kit in your car.”

Car kits may need to be tweaked by season – adding a blanket, shovel and maybe even some kitty litter for the winter months, for instance – but should generally include back-up chargers for phones, batteries, flashlights, non-perishable food, water and a basic First Aid kit.

Buchle said just as important as the planning is sharing plans for different emergencies with loved ones so they know how to respond: “If you don't communicate ahead of time, people tend to do their own thing.”