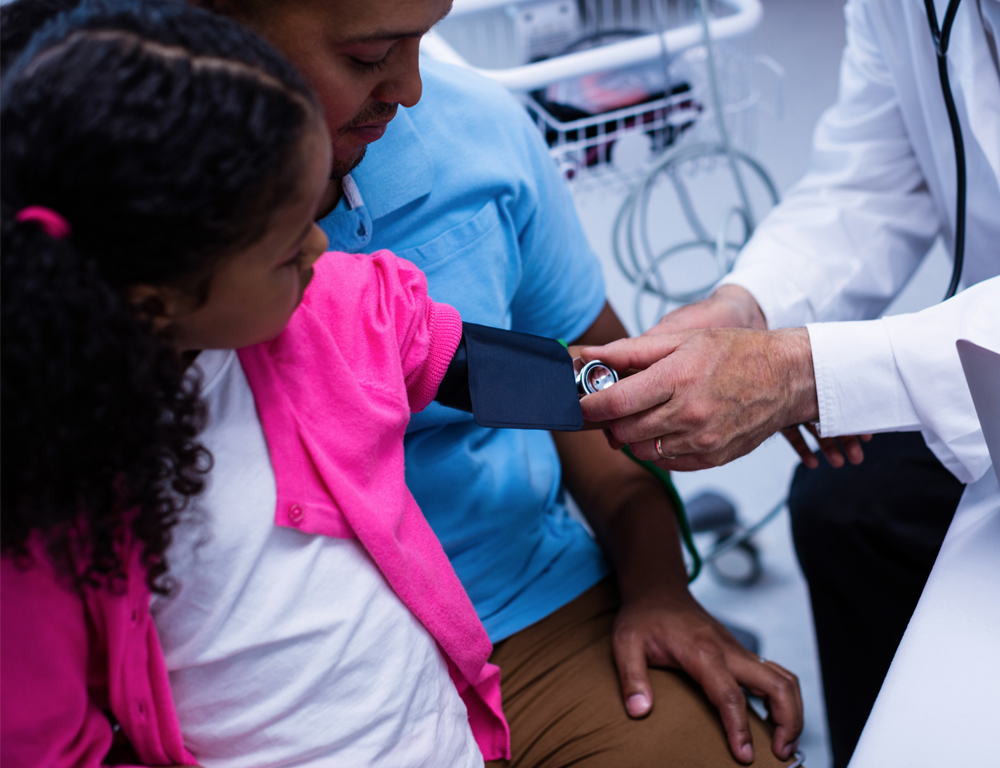 High blood pressure is often thought of as a grown-up problem, but nearly 1 in 30 children suffer from the condition. Unfortunately, many of those pediatric cases go undetected.

New guidelines from the American Academy of Pediatrics (AAP) focus on making it easier for physicians to determine a child's normal blood pressure and find hypertension when it occurs.

Part of the issue has been that it's harder to recognize what's normal versus abnormal in terms of blood pressure for children because normal values vary based upon a child's age, biological sex, and height.

New, simplified, charts — together with guidelines for checking the blood pressure of all children age 3 and older at every well-child visit – should help doctors catch more cases.

“I'd encourage parents to ask their child’s healthcare provider how their child's blood pressure compares to the normal range for their age, sex, and height,” Dispenza said. He added that the AAP's new guidelines and table should only be used to determine when further investigation of blood pressure should occur, but not for final diagnosis of hypertension.

“We are seeing it at far younger ages than we used to,” he said. “As obesity rates have risen, we have also seen more complications from it.”

High blood pressure can cause the same long-term health problems in children as it does for adults: increased heart mass, hardening blood vessels and cardiovascular damage. “It can set kids up for strokes later in life by damaging the blood vessels,” Dispenza said.

The first line of treatment for children with hypertension typically includes a gradual transition toward a low-sodium, largely plant-based diet known as the DASH diet, as well as lifestyle changes.

“Healthy dietary choices, including sodium intake reductions, are powerful treatments for anyone with hypertension,” Dispenza said.

When that isn't enough, doctors can call on the same army of drugs used for adults with high blood pressure – given in pediatric doses – to control the condition.

“There is tendency to take a patient's blood pressure within the first 30 seconds after they arrive at a triage area or exam room. But providers should allow the patient to sit for three to five minutes and think calming thoughts first,” Dispenza said. Both of the patient's feet should be flat on the floor, the back should be supported and he or she should be silent. Also, blood pressures should almost always be measured in the right arm.

Dispenza said while the new guidelines are a good effort to improve detection, he is concerned that the definition of the normal ranges may be skewed.

“They took an old set of data and subtracted out the blood pressures of 10,000 children because they were overweight or obese because they know those things contribute to it,” he said.

Dispenza said the new guidelines reflect an obvious desire to improve detection of high blood pressures among children. However, he is concerned that applying them too rigidly may instead lead both to underdiagnosis of real problems and, to the other extreme, to over-medicalization.

“What we as providers really need to do is better identify those who truly are at risk,” said Dispenza.

The Medical Minute: What to do while you’re waiting for the ambulance