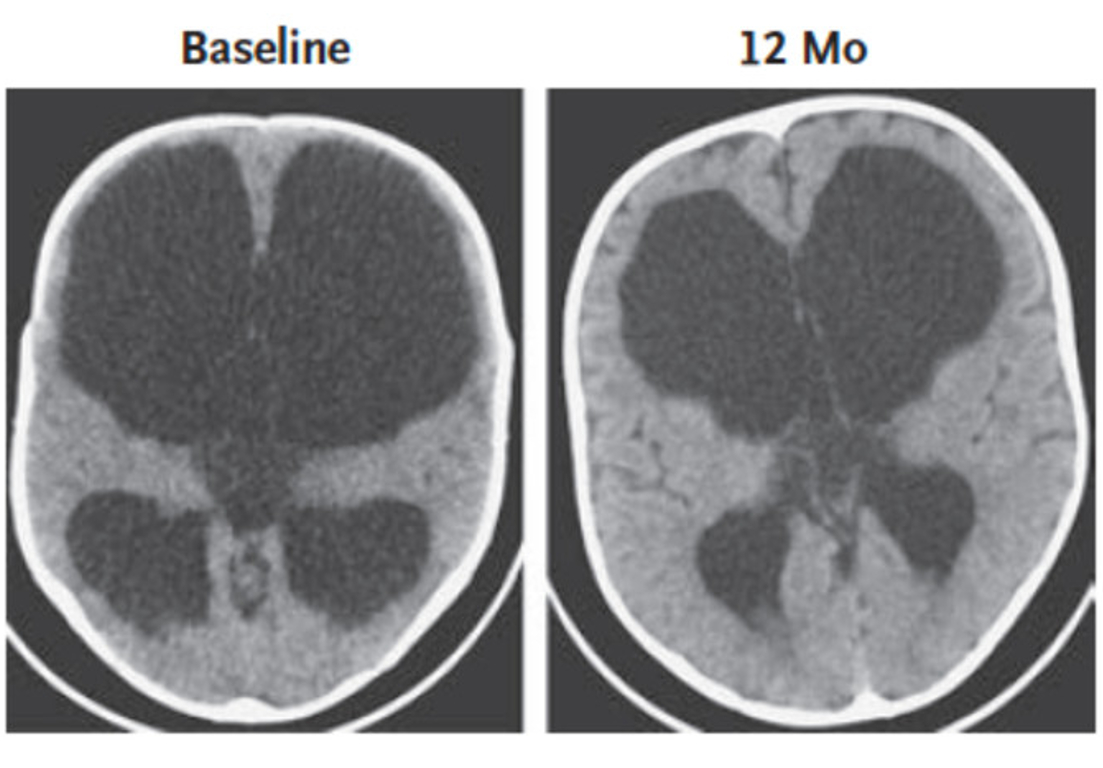 Implanting a shunt or endoscopically reducing intracranial pressure and reducing fluid production are equally effective in treating infants with hydrocephalus caused by brain infections, according to an international team of researchers, but endoscopy may have fewer down-the-line complications.

“This clinical trial asked if we could do a version of shuntless surgery, without the need to implant a plastic tube,” said Dr. Steven Schiff, Brush Chair Professor of Engineering in the Departments of Engineering Science and Mechanics and Physics at Penn State, and the Department of Neurosurgery at Penn State College of Medicine. “Hardware fails at a terrible rate in young children and needs to be repaired. The body becomes dependent on the shunt and patients need to be hospitalized quickly when the shunt fails.”

Unfortunately, in Uganda, where the trial took place at CURE Children’s Hospital of Uganda, it can take days for the rural poor to get back to the hospital.

While shunts can fail throughout a patient’s lifetime, typically, the endoscopic approach tends to fail during the first six months after surgery, and failure is less dangerous, according to Schiff.

In hydrocephalus, cerebrospinal fluid builds up inside the skull and increases pressure on the brain. In infants, whose head bones are not yet fused, hydrocephalus can enlarge and deform the shape of the skull. The increased pressure can prevent the brain from developing, leading to cognitive impairment or death. The standard procedure to treat hydrocephalus has been surgical implantation of a shunt.

“There are lots of reasons why we don’t want to put a shunt in,” said Schiff, who is also the director of the Penn State Center for Neural Engineering. “With a shunt the fluid overdrains, but without a shunt, there is more fluid. We needed to find out if the children do as well if there is more fluid within the brain.”

The researchers report their findings today (Dec. 21) in the New England Journal of Medicine.

A total of 100 infants were enrolled in the trial with 51 randomly assigned to endoscopic surgery and 49 randomly assigned to receive a shunt. The researchers used the Bayley Scale of Infant Development cognitive scale to score the infants at 12 months. They also tested the babies’ motor and language skills. They found no significant difference between the babies with shunts and those receiving endoscopic surgery for cognition, motor skills or language skills.

When Benjamin C. Warf, professor of neurosurgery at Harvard Medical School, and one of the three first authors on this paper looked at the five-year follow-up in a previous study, he saw that one-third of the children had died, which is twice the typical 16 percent mortality rate in Uganda. He also found that one-third of the children were quite disadvantaged, but one-third fell in the normal range. Abhaya V. Kulkarni, professor of neurosurgery, University of Toronto, is the also first author on this paper.

The researchers found that the mechanical pressure on the brain acted as a sort of growth dampener. Higher pressures caused the brain to slow its growth, but when the pressure was lowered, brain growth sped up and in some cases reached normal growth ranges.

“It looks like we stumbled onto an effect of mechanical pressure on growth,” said Schiff. “We know that to get the best outcome we want to grow the best brain.”

The researchers would now like to automate analysis of CT and MRI imaging to make it easier to monitor the growth of the brain of such children.

“Ultimately the answer for hydrocephalus will be in prevention,” said Schiff. “Until we can get rid of these infections – we think there are about 400,000 cases per year worldwide and up to half may be caused by infection – surgical approaches are the only answer.”

The National Institutes of Health supported this work.