The Medical Minute: Warming up to a fitness routine in the New Year 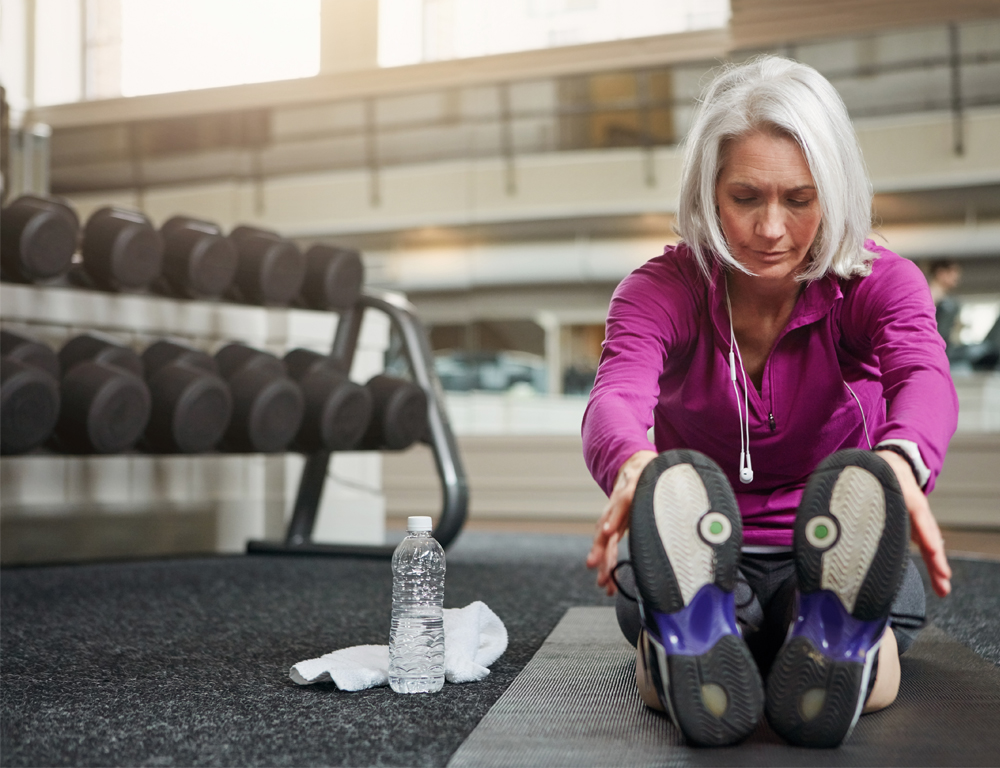 As healthy resolutions fill gyms and outdoor paths, two sports medicine doctors at Penn State Health Milton S. Hershey Medical Center remind those who work out to do it safely – whether exercising indoors or out.

The first thing to know is that stretching should not be done before exercising, but rather after your warm up, or post workout.

“Muscles will respond better to stretching if they are already warm,” said Dr. Shawn Phillips, a primary care sports medicine specialist. “Think of cold versus warm spaghetti noodles – how well do they bend?”

Warm up by walking, starting a light jog or maybe logging some time on the elliptical to get your heart rate up, become a bit short of breath and break a sweat. Then, you can do some stretching before increasing the intensity.

Phillips said the end of a workout is the best time to stretch. “What we typically see this time of year with New Year’s resolution folks who haven’t worked out for a while is that they have flexibility issues that could lead to injury.”

He said although static stretching – where you sit and hold a position for 10 or 20 seconds – can help those with flexibility issues, dynamic stretching is also an option.

“That’s what you see more in yoga, where you’re going back and forth and stretching while you are moving a bit,” Phillips said. “It can include lunges or leg raises from a standing position.”

Whether working out in a predictable, climate-controlled gym or outdoors in below-freezing temperatures, the advice is the same.

Those who exercise outside also have to pay attention to environmental conditions such as wind, precipitation and temperature, taking precautions with their attire and dressing in layers that can be removed as the body warms up.

“You can overheat, even in the cold,” Phillips said. If you do remove layers, it’s important to get inside as soon as the workout is finished so you aren’t all sweaty and stuck outside in the elements.

Dr. Matthew Silvis, medical director of sports medicine at Hershey Medical Center, said he preaches proper equipment for the activity at hand. He tells the story of a faculty member who came into his office with knee pain after starting to play basketball again. “He was wearing 20-year-old basketball shoes from when he was in college,” Silvis said.

Although recommendations are to replace shoes every 300 to 500 miles, or four to six months, Silvis said most people can tell when their shoes are no longer offering them support. “If you are seeing considerable wear on the sole or outer part of the shoe, the inner part of the shoe, or midsole, is already worn away.”

He also recommends mixing things up. “It’s great to get excited about one particular thing, but it’s best to stay diversified and cross train rather than doing the same exercise six days a week,” he said. “You don’t want to get repetitive overuse injuries.”

Phillips encourages his patients to find a form of exercise they enjoy and keep doing it. “Any exercise is better than none,” he said.

Silvis reminds those new to working out to respect their limits. “It’s important to push yourself, but start slow,” he said.

Learn more: Ask Us Anything About… New Year’s Resolutions

(This article was originally published in January, 2016.)