The Medical Minute: Hazards of juuling or vaping 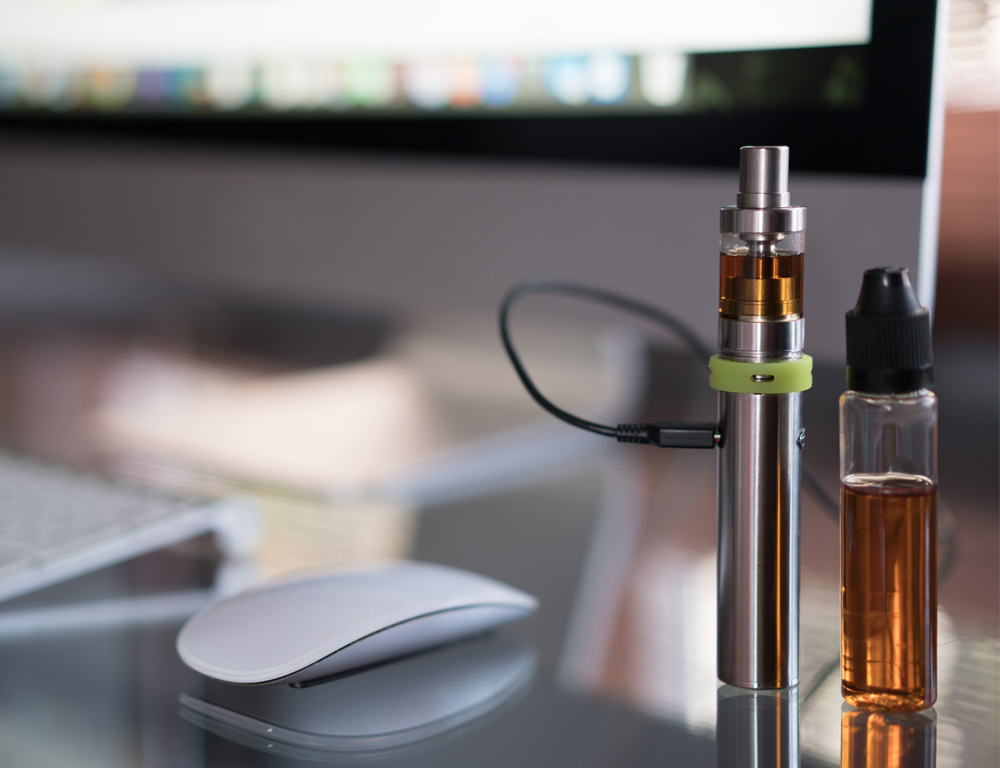 Mango, mint, fruit medley—these flavors are delicious in a smoothie but dangerous when they introduce youth and young adults to nicotine. A 2009 federal law outlawed the use of flavorings other than menthol in cigarettes, but electronic cigarettes—or e-cigarettes—are unregulated and exploit the flavors to attract young consumers.

E-cigarettes are battery-powered devices that allow users to inhale or “vape” into their lungs aerosolized liquid that contains nicotine, and many vaping devices also can be used to vaporize marijuana. These devices often look like pens, USB flash drives and other everyday items.

The term Juuling comes from Juul, a company that markets e-cigarettes that look like USB devices and plug into a computer to charge. The e-liquid in vaping cartridges contains nicotine mixed with a base (usually propylene glycol) and may also include flavorings, colorings and other chemicals.

Dr. Shwetha Gurram, a family medicine physician with Penn State Health in State College, said teens are particularly attracted to “Juuling” because of the device's sleek design and fruity or perfume-like odor. “This makes it easy to hide from adults because of the added flavors such as cool cucumber or creme brulee,” she said.

In 2017, a Minnesota Department of Health survey reported that almost one in five of the state's high school students had used e-cigarettes in the past 30 days, and a 2016 report by the U.S. Surgeon General found e-cigarettes to be the most popular tobacco product among American teens. Because vaping can be a gateway to smoking cigarettes, experts are concerned that the increasing popularity of vaping could reverse the longstanding U.S. decline in smoking.

“Parents should make sure their kids understand what Juuling really is and have an honest discussion about why it's dangerous in an effort to counteract the messages delivered by attractive advertising, social media posts and peer pressure,” said Gurram.

The U.S. Food and Drug Administration (FDA) does not regulate e-cigarettes, so packaging does not feature warning labels about health risks. Last year, the FDA announced that it would delay until 2022 a pending requirement that e-cigarette companies submit their products for review.

Although e-cigarettes are marketed as a safer alternative to smoking, they are still dangerous:

“Most importantly, parents should serve as positive role models by being tobacco-free,” Gurram said. “Give kids a clear message that nicotine in any form is bad for their health.”

The Medical Minute: A men’s health checklist for dad on Father’s Day

The Medical Minute: Biosimilars for your IBD? Nothing to fear here!