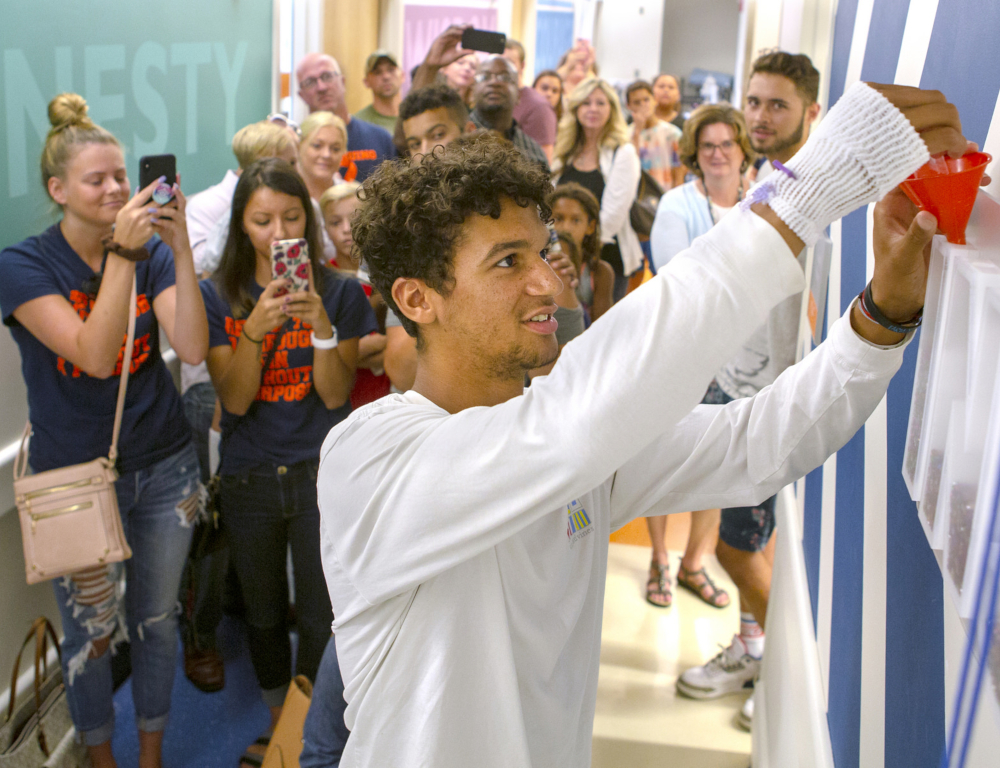 Friends and family look on as Marcus Josey pours glitter into the letter “I” of the word "INSPIRE" that is mounted on the wall, before his last treatment for leukemia at Penn State Children's Hospital - Pediatric Hematology-Oncology and Infusion Clinic on Thursday, Aug. 16, 2018.

Two dates stick out in Marcus Josey’s mind. One is April 10, 2015, when he was diagnosed with cancer. The other is Aug. 16, 2018, when he rang the bell in the Pediatric Infusion Clinic at Penn State Children’s Hospital after receiving his last chemotherapy treatment.

“It’s a strange feeling being done,” said Josey, a former quarterback at Northeastern High School in York County and now a student at Gettysburg College. “It’s hard to comprehend that this is the last treatment I’ll be getting. Right now it feels kind of surreal.”

Josey was first diagnosed with cancer on that fateful day in 2015 after attending a school assembly where the speaker was describing the signs of leukemia. Josey realized they were identical to symptoms he had recently been experiencing and texted his mom. Later that day, they went to his hospital where Josey was diagnosed with acute lymphoblastic leukemia. 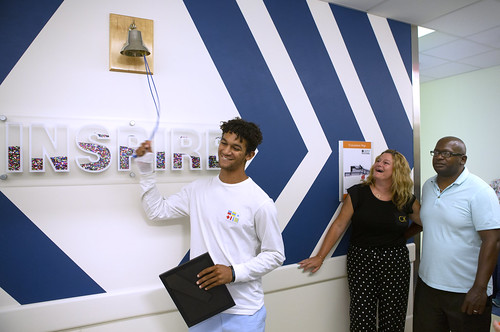 Throughout his three-and-a-half-year treatment, Josey transitioned from teenager to a college student where he’s taking steps to become a pediatric oncologist—a career choice he made after experiencing extraordinary care at Penn State Children’s Hospital.

“Everyone in the hospital has been great throughout these past years,” he said. “They’ve always shown me 100 percent effort to get me healthy. I’m glad that I can share this day with the team.”

Josey is now focused on getting back to a healthy lifestyle and starting to exercise. He’s unable to return to the football field but remains involved with the game, teaching at a football camp and helping out the program at Gettysburg.

“I’m not going to sit here with my leukemia and let it eat away at me. I’m going to take all that pain and suffering and use it to help other people.”

Josey believes that having a positive attitude is key to making it through the cancer treatments.

“Never underestimate the power of a positive mindset. That and the support I received helped me throughout my whole journey. It can make all the difference.”