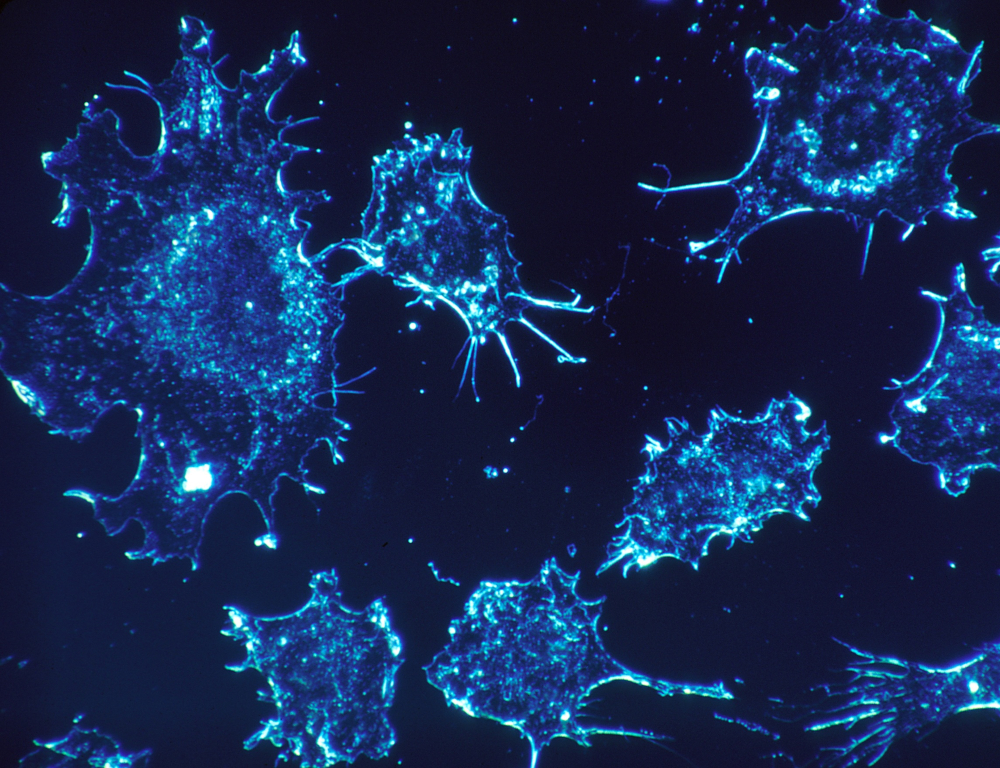 Cancer cells often have mutations in their DNA that can give scientists clues about how the cancer started or which treatment may be most effective. Finding these mutations can be difficult, but a new method may offer more complete, comprehensive results.

A team of researchers has developed a new framework that can combine three existing methods of finding these large mutations – or structural variants – into a single, more complete picture.

“We were able to design and use this computational framework to connect the three methods together,” Yue said. “Each method by itself can only review a portion of the structural variations, but when you integrate the results of the three different methods, you can get the most comprehensive view of the cancer genome.”

Structural variants are large mutations in DNA that can result in cancer causing genes being turned on. For example, certain types of brain cancer, such as the types that afflicted senators John McCain and Edward Kennedy, can be caused by structural variants that amplify certain cancer causing genes. In some cancers, knowing a patient has this abnormality helps doctors decide on the best treatment plan.

“If you are a cancer patient, knowing about the structural variants that lead to the cancer can help us understand why you got sick and possibly which treatment could be best,” Yue said.

The researchers used three existing methods for finding structural variants: optical mapping, high-throughput chromosome conformation capture (known as Hi-C), and whole genome sequencing, which has been used to discover the majority of structural variants that are already known.

Using their new method, the researchers were able to find structural variations for over 30 types of cancer cells. The team of scientists was also able to use the same methods to begin to learn why certain classes of structural variants may be contributing to cancers.

“Many of the structural variants that are found in human cancers do not appear to directly impact a gene,” said Jesse Dixon, a fellow at the Salk Institute in San Diego, and one of the co-authors of the work. “Instead, many structural variants appear in non-coding portions of the genome, what people have historically referred to as junk DNA, and it can be a bit of a mystery as to why these may be contributing to cancer.”

What the researchers were able to observe is that some structural variants appear to affect regulatory gene “switches” in noncoding sequences of DNA. Defective switches prevent appropriate turning on or off of specific genes and this can contribute to cancer.

“With many cancers, the gene itself is OK but the ‘switch’ that controls it is what’s causing problems,” Yue said. “Using our approach, it’s possible that we could find out that the switch was broken and find a cure based on the specific target for that switch. If it’s switched off, for example, maybe we could use gene editing technology to turn it back on.”

They also used the Hi-C method to explore how structural variations can affect 3D genome structure – how DNA folds itself within the cell.

“Cells are small, but their DNA is very long. Laid out in a line, all the DNA from one cell would be more than two meters long,” said Dr. Job Dekker, professor and co-director of the program in Systems Biology at University of Massachusetts, investigator of the Howard Hughes Medical Institute and a senior author of the paper. “That’s why DNA needs to fold in intricate ways. We have found that genomic alterations in cancer cells can lead to differences in how the genome folds and this can lead to cases where genes become turned on or off by the wrong regulatory switches.”

The team of scientists was able to discover that structural variants impact genome folding in cancer cells, and that these changes may be contributing to the cancer.

“One of the discoveries we had made in the past is that our genome is folded up into distinct structures, almost like little neighborhoods,” Dixon said. “It appears as though some structural variants cause changes to these neighborhoods, such that a cancer causing gene is moved from a neighborhood where the gene is kept quiet into one where the gene becomes activated.”

In the future, Yue and his research team plan to apply the new method in more cancer patients and they are working closely with the Penn State Institute for Personalized Medicine. The scientists suggest that this work could lead to a better ability to predict which structural variants may contribute to cancer, and which genes they may be targeting.

“If we can understand which mutations are driving which genes, this has the potential to suggest that the cancer would be susceptible to treatment by particular drugs that target those genes,” Yue said. “Such an approach has been really challenging in the past for non-coding structural mutations in the genome.”