Legro named chair of Department of Obstetrics and Gynecology 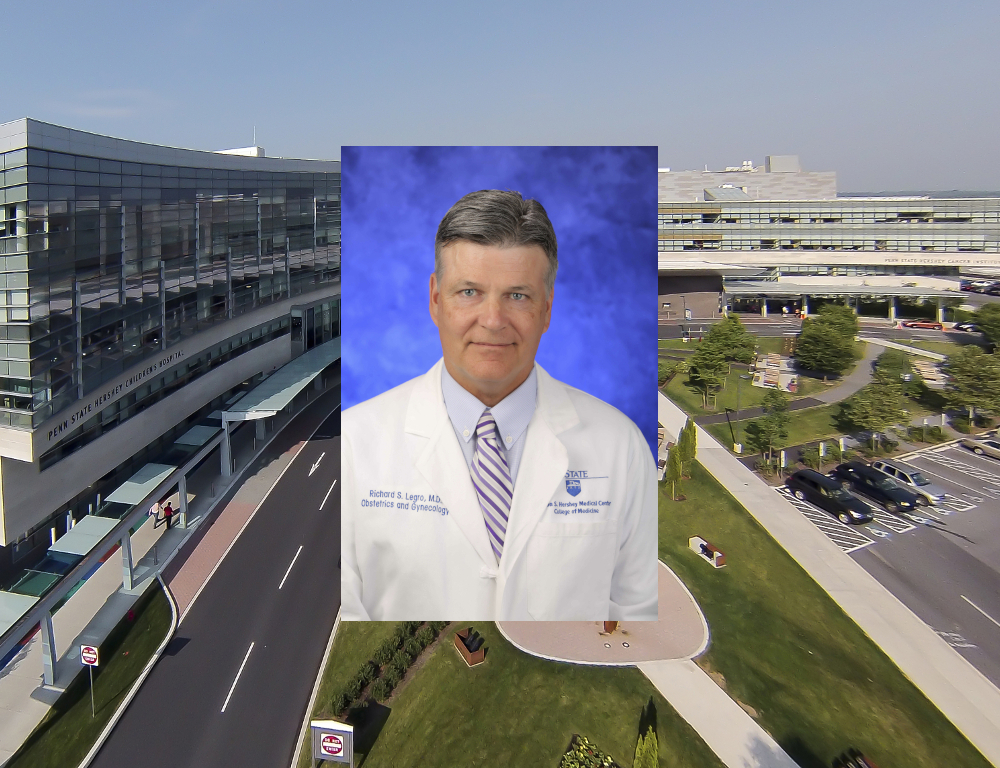 Dr. Richard Legro has been named chair of the Department of Obstetrics and Gynecology at Penn State Health Milton S. Hershey Medical Center and Penn State College of Medicine. Legro assumed the role on Oct. 18, after serving as interim chair since July 2017.

Legro currently serves as professor and vice chair of research in the department, as well as co-director of the Hub Resource Capacity Core at the Penn State Clinical and Translational Science Institute. He is internationally recognized for his research in polycystic ovary syndrome (PCOS), including diagnosis, treatment, genetic and environmental causes and improving infertility diagnosis and treatment. Legro has designed and led many clinical trials in the U.S. and China. He has been continuously funded by the National Institutes of Health (NIH) for more than 20 years as a principal investigator. Legro has published more than 250 peer-reviewed articles in medical journals and has mentored numerous students, residents and junior faculty in clinical research.

“In his 25 years with our organization, Dr. Legro has distinguished himself as a respected clinician, investigator, educator and leader in women’s health services,” said Dr. A. Craig Hillemeier, dean of Penn State College of Medicine, CEO of Penn State Health and senior vice president for health affairs at Penn State. “Those roles will serve him well as he oversees the expansion of Women’s Health in our new Labor and Delivery units that will be built, first on the top floors of the Children’s Hospital and then in the proposed Hampden Medical Center on the West Shore, and in existing and future outpatient practice locations across Penn State Health.”

Legro’s vision for the Department of Obstetrics and Gynecology includes greater departmental support to develop and recruit funded researchers, further investment in the new leadership of student and residency ob/gyn programs, and a push toward establishing new subspecialty fellowships.

After earning his bachelor’s degree at Middlebury College in Middlebury, Vermont, Legro received his M.D. from the Mount Sinai School of Medicine in New York City. He went on to complete residency training in obstetrics and gynecology at the University of Pittsburgh and a fellowship in reproductive endocrinology at the University of Southern California in Los Angeles.

Legro is the secretary-treasurer of the Endocrine Society and an associate editor for Fertility and Sterility and Human Reproduction Update. He is also the co-editor-in-chief of Seminars in Reproductive Medicine. Legro has consulted extensively for the NIH, the Food and Drug Administration and the World Health Organization.

Legro received the Presidential Achievement Award of the Society for Gynecologic investigation and was elected an honorary member Ad Eundem of the Royal College of Obstetricians and Gynecologists in the United Kingdom.