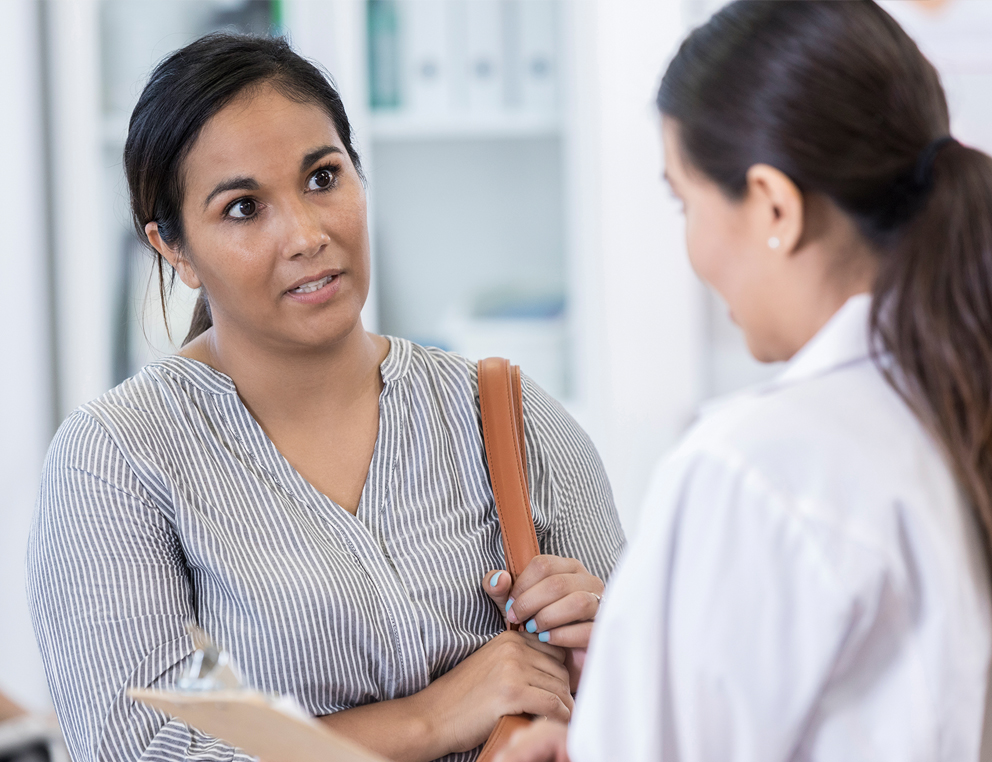 January is Cervical Health Awareness Month, and the National Cervical Cancer Coalition is urging women to make a New Year’s resolution to talk with their health care providers.

Roughly 12,000 women in the U.S. are diagnosed with cervical cancer each year. About 4,000 die from it, even though there’s a vaccine to prevent it.

“When cervical cancer is found early, it is highly treatable,” said Dr. Sarah Ramirez, a family medicine physician with Penn State Health. “So it’s important to make sure you are being screened for this disease.”

While many women are still suffering and dying from it, cervical cancer incidence is on a downward trajectory. It’s no longer the leading cancer caused by human papillomavirus (HPV). That’s because in 2006, Gardasil — a vaccine that prevents certain cancers and diseases caused by the nine HPV types — was introduced, Ramirez said.

“As we continue to use this vaccine, our mindset should shift from seeing Gardasil as a vaccine that prevents a sexually transmitted disease related to cancer. Instead, we should see it as a cancer prevention tool,” she said.

In October, the U.S. Food and Drug Administration approved the application of Gardasil to include both women and men younger than 45 years old – whereas it used to be approved only for individuals up to the age of 26.

“This approval speaks to the power of the vaccine to prevent cancer,” Ramirez said.

But testing and early detection remain an important key to prevention, and many are still at risk.

“While we have made significant strides to decrease mortality from cervical cancer, we continue to see our minority females most commonly stricken with the disease,” Ramirez said. “As the U.S. population becomes increasingly diverse, it behooves us to examine why there is a disparity in cervical cancer health with our vulnerable populations and why they’re not getting screened regularly.”

Waiting for the disease to show itself can be risky. Symptoms of cervical cancer may not show up until the cancer is advanced. It develops slowly, starting as a precancerous condition known as dysplasia that, if left untreated, may lead to cancer.

Symptoms include abnormal vaginal bleeding, unusual discharge, periods that last longer or have a heavier flow than usual, and bleeding after menopause.

HPV is the main cause of cervical cancer, and all women are at risk for it. The disease occurs most often in women over the age of 30, according to the CDC.

According to the United States Preventive Services Task Force, all women between 21 and 65 years of age should have cervical cancer screening with cytology (pap smear) every three years. Women between the ages of 30 and 65 may opt instead to lengthen the interval between screening with a combination of cytology and HPV testing every five years.

HPV is a common virus, with 79 million Americans currently infected and about 14 million people becoming newly infected yearly, according to the CDC. HPV is passed from one person to another during sex, and at least half of sexually active people will have HPV at some point in their lives, even though relatively few women will develop cervical cancer.