Young infants with fever may be more likely to develop infections 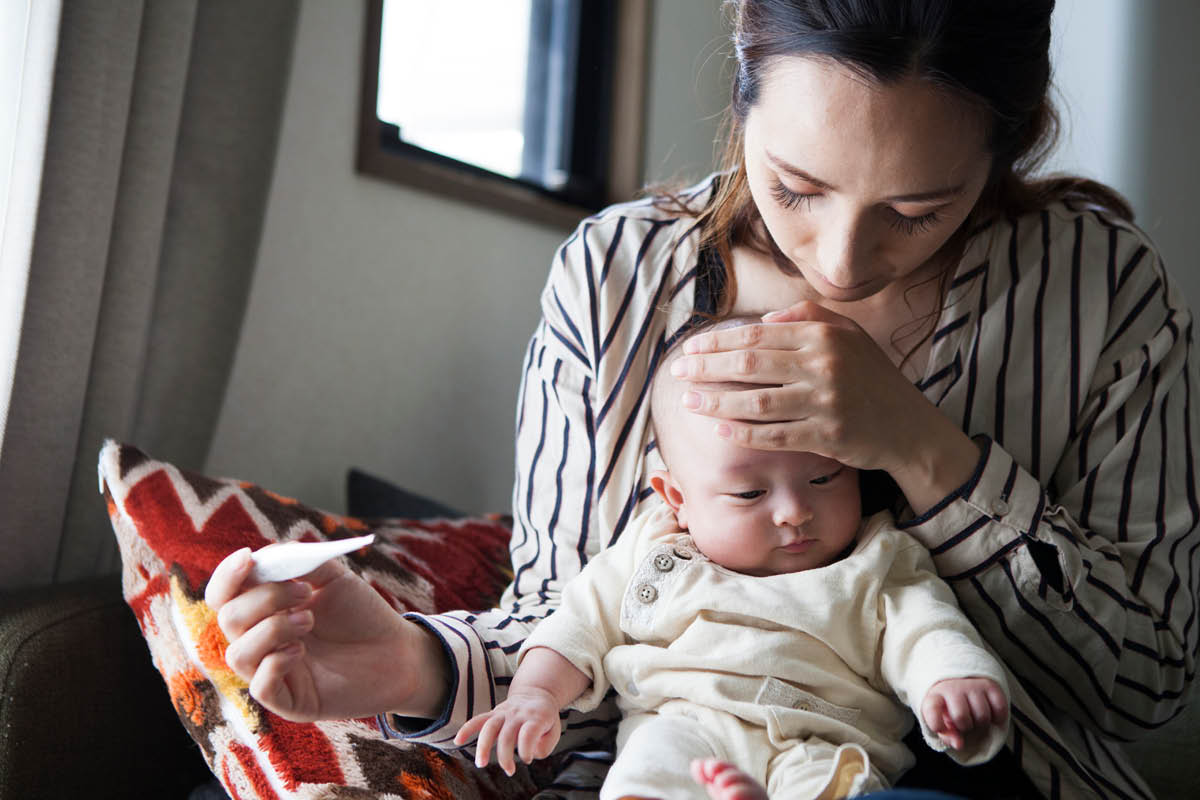 Infants with a high fever may be at increased risk for infections, according to research from Penn State College of Medicine.

In a new study, researchers determined that for an infant less than eight weeks old, having a fever was associated with a doubled risk for developing serious bacterial infections, including meningitis and infections of the blood or urinary tract. Based on the findings, the researchers encourage parents of infants younger than eight weeks old to seek immediate care if their child develops a fever — a temperature more than 100.4 degrees Fahrenheit.

“Young infants have underdeveloped immune systems and are susceptible to infection,” Davis said. “Those with serious bacterial infections can experience a rapid decline in their condition if they are not diagnosed within an appropriate amount of time.”

According to Davis, the findings of the study, recently published in The Journal of Emergency Medicine, are an exception to the traditional teaching in medical education that the height of a fever doesn’t necessarily correspond to the likelihood of infection. This exception to the rule only applies to infants younger than 2 months old.

“Parents bring children of all ages to the emergency room with high fevers because they are concerned and it can be uncomfortable for the children,” Davis said. “Fever height isn’t as concerning in older children, because their bodies are more equipped to fight off serious bacterial infections.”

In working with his colleague Erik Lehman, a statistician at the Milton S. Hershey Medical Center, Davis discovered that as temperature rises in infants younger than 60 days old, their risk for serious bacterial infection increases.

For the study, Davis used data from the Pediatric Emergency Care Applied Research Network study on infants with fevers. He studied 4,821 eligible infants with a single, recorded fever who had at least one blood culture completed. The infants included had no record of prematurity, sepsis or recent antibiotic use.

The researchers evaluated three characteristics of the fevers — height, duration and location of where the temperature was taken — to see if any were associated with increased risk for infants developing a serious infection. Approximately 70 percent of the temperatures collected were taken at a health care facility instead of at home.

According to Davis, understanding the criteria that put infants at risk for severe infections might someday reduce the extensive panel of tests that infants with a fever undergo when visiting an emergency room. Spinal taps and bloodwork are just a few of the procedures that are done to assess for bacterial infection, and these may be painful or invasive to small infants.

In future studies, Davis hopes to identify other factors that may put infants at increased risk for infections.

“The height of fever isn’t enough to rule in or out a serious bacterial infection,” Davis said. “It’s one tool we may be able to use when identifying infants at high risk for infection.”

The researchers received no specific funding for the study and declare no conflict of interest.