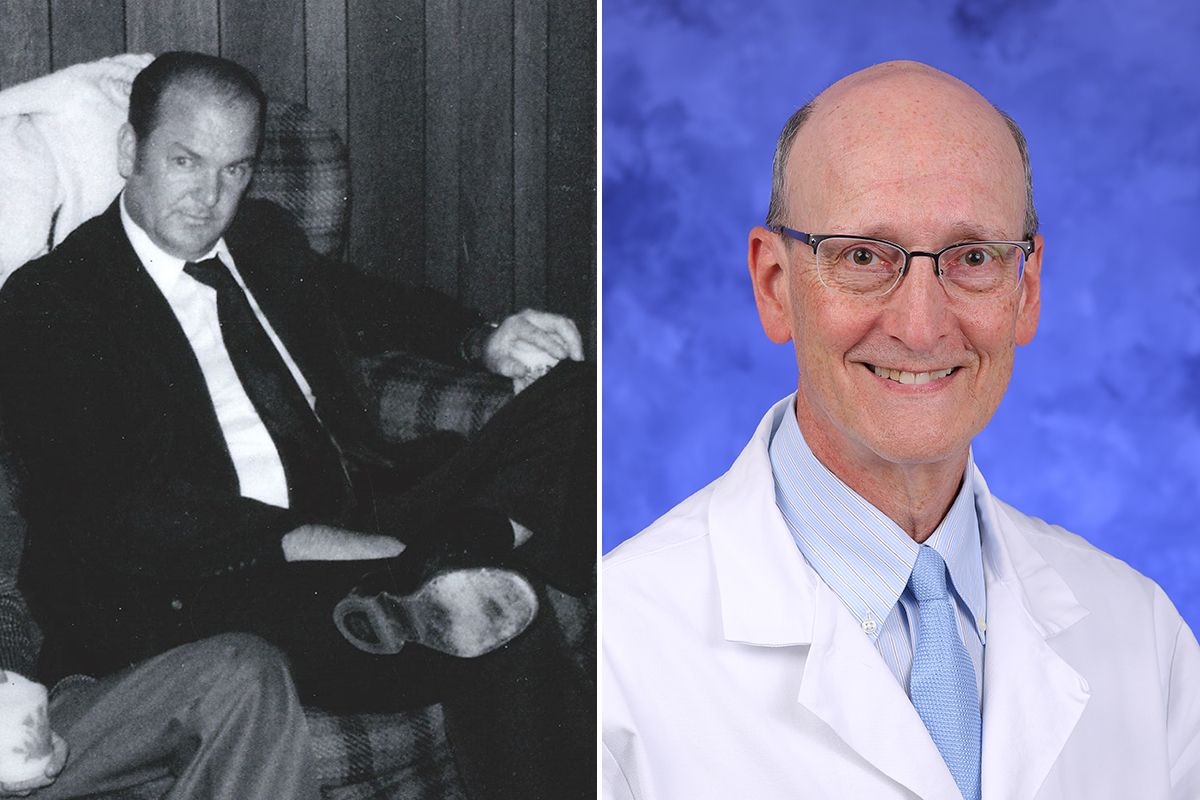 A $3.5 million estate gift from Harrisburg native and former Marine Corps Cpl. Chester Ray Trout will be honored this week at a lecture by the first Chester Ray Trout Chair of Pediatric Surgery. According to Trout’s wishes, the position was created through a $3 million commitment from his estate. The remaining $500,000 has created the Chester Ray Trout Scholarship at Penn State College of Medicine.

“When we received notification last year of the pending estate gift from Cpl. Trout, we were surprised and incredibly humbled,” said Kelly Altland, associate vice president for development at Penn State and chief development officer at Penn State Health Milton S. Hershey Medical Center and College of Medicine. “During his lifetime, he was a consistent supporter of Children’s Miracle Network at Penn State Children’s Hospital, but we had no idea he would make such a transformative impact through his will,” added Altland.

In July, Dr. Robert E. Cilley, professor of surgery and pediatrics, chief of the Division of Pediatric Surgery and surgeon-in-chief at Penn State Children’s Hospital, was appointed as the first Chester Ray Trout Chair of Pediatric Surgery. Cilley will present his inaugural lecture entitled “Value-Based Healthcare or Healthcare Based on Values” on Thursday, December 5 at 5 p.m. in Junker Auditorium on the Hershey campus of the College of Medicine.

“Although I never met Cpl. Trout, I am honored to carry forward his name and legacy as the first Trout Chair of Pediatric Surgery. He was an extraordinary man who showed great generosity in his life and in his legacy,” said Cilley. “His remarkable forethought to endow this position affirms the quality of our children’s surgery program and strengthens our ability to provide the most advanced care for children today and far into the future.”

Through his estate, Trout also provided $500,000 to create a new endowed scholarship to benefit medical students enrolled in the College of Medicine. In consultation with Dr. Monroe Trout, Chester’s brother and executor of the will, the guidelines were established to give first preference to eligible students who are United States military students, which is inclusive of veterans, active duty, reservists or National Guard.

“An essential part of the College of Medicine’s mission is to develop physicians who will improve health for patients of all ages, today and for generations to come,” said Dr. Kevin Black, interim dean of Penn State College of Medicine. “The Chester Ray Trout Scholarship will ensure opportunity for some of our most promising students and enhance the diversity of our learning community.” With a current value of $500,000, the scholarship will provide just over $20,000 in support each year in perpetuity.

“By supporting our exceptional faculty and students, Cpl. Trout’s generosity will ultimately help build a healthier future for people in central Pennsylvania and beyond,” Black added.

Located on the campus of Penn State Health Milton S. Hershey Medical Center in Hershey, Pa., Penn State College of Medicine boasts a portfolio of nearly $100 million in funded research. Projects range from development of artificial organs and advanced diagnostics to groundbreaking cancer treatments and understanding the fundamental causes of disease. Enrolling its first students in 1967, the College of Medicine has more than 1,700 students and trainees in medicine, nursing, other health professions and biomedical research in both Hershey and State College, Pa.

A Life of Service and Legacy of Caring

Chester Ray Trout was born in 1940 in Harrisburg, Pa., the twelfth of 14 children. The family was poor, and many of his older siblings left school at a young age to begin working to support themselves and the family. In fact, Monroe, the middle child of the Trout family, was the first to graduate high school and go to college, before achieving his own remarkable successes in life.

“We didn’t have a lot of opportunity growing up,” remembered Hazel (Trout) Fry, the Trouts’ youngest child. “But Chet, as we called him, learned from the older ones the value of hard work, determination and giving back in service to others.”

Trout enlisted in the United States Marine Corps in 1957 and served honorably for five years. Following his military service, he went to work for UPS for 25 years, spending the last 12 as a manager. He retired in 2003.

To demonstrate his pride in having served in the military and his commitment to others who will follow in his footsteps, Trout also included the Marine Corps in his will. In April 2019, he was posthumously recognized by the Marine Corps and a plaque with his name and rank was unveiled at a special ceremony in the Leatherneck Gallery at the National Museum of the Marine Corps in Triangle, Va.

Perhaps because of his family’s financial hardship while he was growing up, Trout became a dedicated supporter of Children’s Miracle Network, giving children in central Pennsylvania the opportunity to grow up healthy and pursue their dreams. Although Trout never had children of his own, he has established a legacy of caring that will live on in the hearts of those who benefit from the life-saving and life-changing work his generosity has enabled.

Trout’s estate gifts to create the Chester Ray Trout Chair in Pediatric Surgery and the Chester Ray Trout Scholarship in the College of Medicine advance “A Greater Penn State for 21st Century Excellence,” a focused campaign that seeks to elevate Penn State’s position as a leading public university in a world defined by rapid change and global connections. With the support of alumni and friends, “A Greater Penn State” seeks to fulfill the three key imperatives of a 21st-century public university: keeping the doors to higher education open to hardworking students regardless of financial well-being; creating transformative experiences that go beyond the classroom; and impacting the world by fueling discovery, innovation and entrepreneurship. To learn more about “A Greater Penn State for 21st Century Excellence,” visit greaterpennstate.psu.edu.