Servant to the underserved: Helm traces volunteerism to personal experience 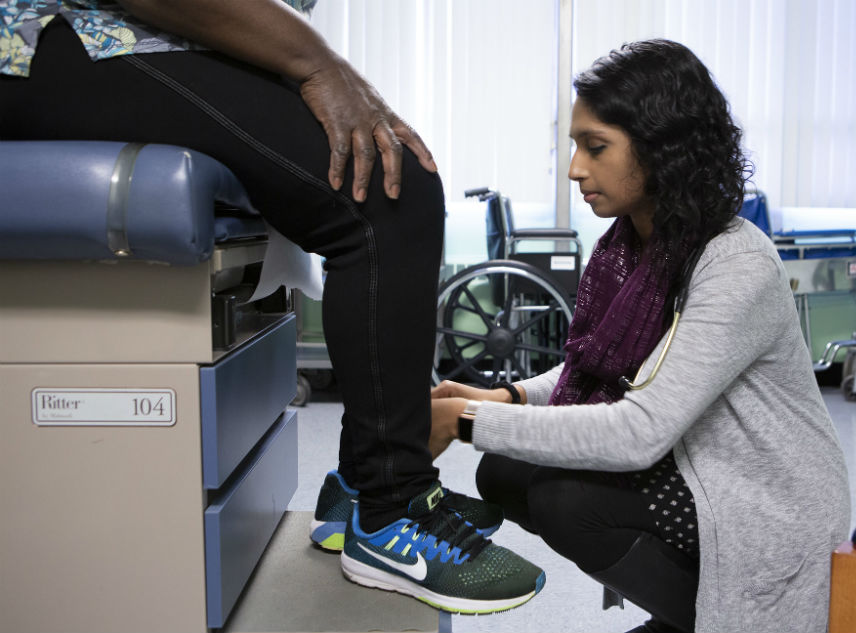 As a child, Dr. Leesha Helm watched her dad juggle several jobs to provide for his family, putting his own well-being behind everyone else.

She was a daddy’s girl, always at his side, where she got a firsthand view of his struggle to control his diabetes while acclimating to a new country quite different culturally from his home in Kerala, India.

“My dad came here to work on a PhD, got married and had kids. We were his first priority,” said Helm, a family physician at Penn State Health Medical Group – Nyes Road Family Practice. “Culturally, medical issues are not always easily discussed, and a South East Asian diet is heavily carbohydrate- and rice-based, so that was another barrier to care.”

Later, Helm realized she had no idea how badly controlled her father’s type 2 diabetes actually was. His weight fluctuated greatly, and he suffered a heart attack when Helm was 16. The turning point didn’t come until a few years later when his kidneys began to fail, and he was put on dialysis, which didn’t go well for him.

When kidney transplantation, including a search for donors, was discussed, the idea of sharing his medical details with others was daunting. In the end, it was Helm who would be the best match.

“I believe my dad and I had the kind of close relationship we have for this purpose,” said Helm, who was 21 and a student at State University of New York at New Paltz at the time. “At first my dad was not for it at all — he couldn’t imagine putting me in harm’s way.”

Her father acquiesced when Helm says she “pulled the daughter card,” telling him she wanted to be sure he would be there to walk her down the aisle and see his grandchildren.

Even when Helm was told all the risks of donating her kidney, she recalls feeling a peace that she says was not from herself but from God. Despite a rough recovery with back pain that lasted for weeks, Helm said the result has been wonderful.

Eight years since surgery, her dad’s kidney function is normal, and his diabetes is the best controlled that it has been. He walked her down the aisle and is a wonderful grandpa to her son, Luke, age 2.

Point at the image below to reveal slideshow player controls: 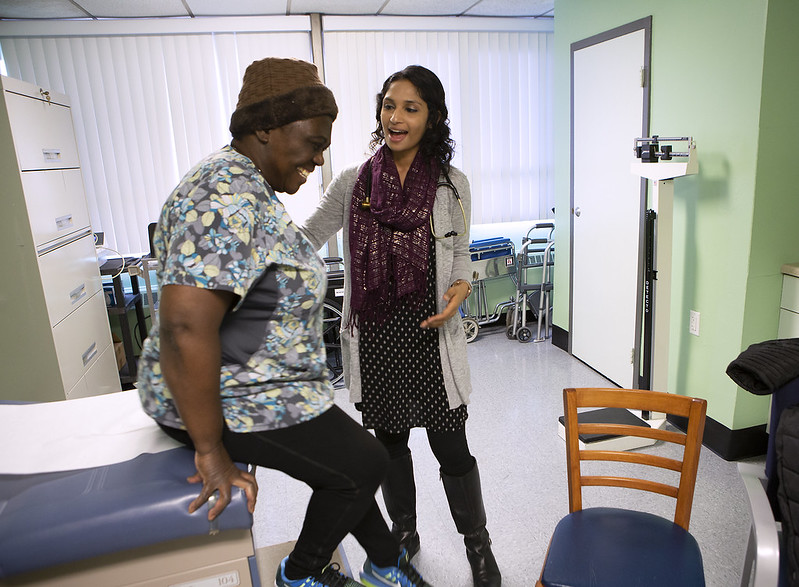 The experience made Helm, who already knew she wanted to be a doctor, even more determined to dedicate herself not only to family medicine but to those who face barriers to care.

Enter the Beacon Clinic for Health and Hope in Harrisburg, a free, faith-based primary health care clinic that serves uninsured and underserved people of Harrisburg and surrounding communities. Out of her interest in underserved populations, Helm began volunteering during her family medicine residency at Penn State Health Milton S. Hershey Medical Center.

“It aligns perfectly with my personal goals for doing global health in my own backyard,” said Helm, who finished her residency last year and now sees a patient population at Beacon Clinic that represents 27 different languages.

She twice wrote for and won a Community Start-Up grant from the Milton S. Hershey Medical Center Community Relations office to initiate the Beacon Clinic Diabetic Education Program to educate and support some 35 clinic patients with diabetes. Now known as the “Food as Medicine” program, it provides fresh produce and whole grains to patients.

“We bring the whole family in, not just the diabetic patient,” Helm said. “Education and continuity of care are so important. I absolutely think if my dad had access to a program like this one, it could have made a big difference in how his diabetes progressed.”

“Leesha’s ability to connect with people at the point of their need, whether physical or emotional, is a true testament to her authenticity as a Christian, humanitarian and physician,” she said.

Over the last year, Beacon Clinic served nearly 600 patients and provided almost 4,000 free medications, thanks to donations that fund the clinic 100% and volunteers like Helm, McClain said. The clinic is also a patient navigation site for Penn State College of Medicine students to learn about caring for patients in a community health setting on a yearlong basis.

“It’s so important to teach future doctors about biases we may carry and effective disease management through the patient, the family, the culture and the generations,” Helm said.

Helm said she appreciates working with fellow physicians at Hershey Medical Center who share her passion for going the extra mile to get patients the care they need, such as her mentor, Dr. Jarrett Sell, who introduced her to Beacon Clinic and serves on its board of directors.

“I truly feel blessed to be practicing where I am, and I wouldn’t want to be anywhere else,” Helm said. 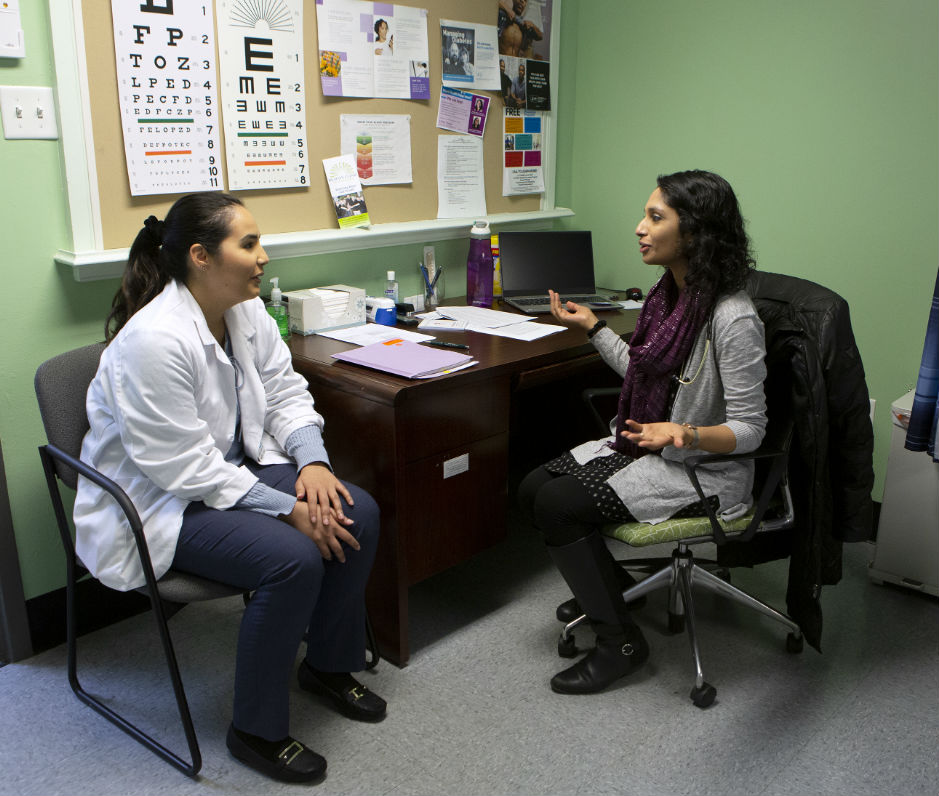