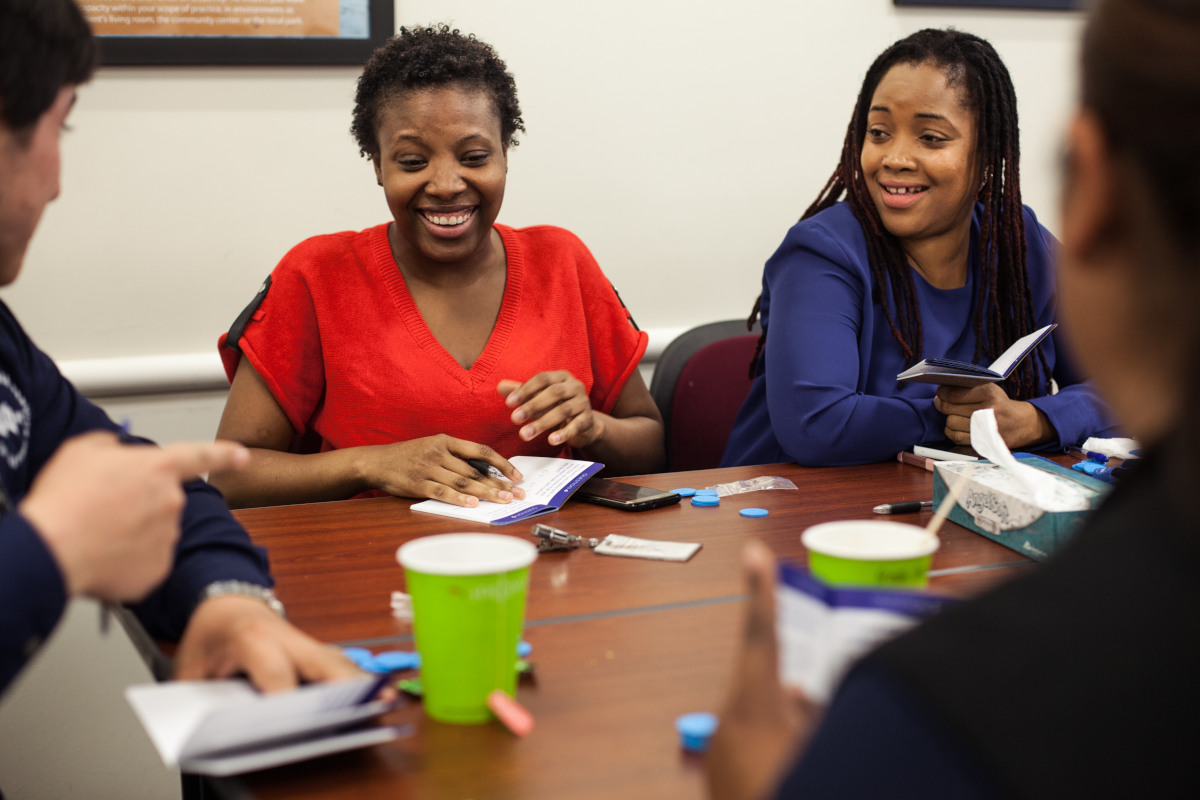 Dr. Lauren Van Scoy, an associate professor of medicine, humanities and public health sciences, and lead author of the study published in JAMA Network Open, said that after playing the game, 98% of participants engaged in some form of advance care planning, including conversations about care preferences with family members and completing or updating advance directives, where an individual outlines their preferences for end-of-life medical care.

“Completing an advance care directive is associated with reduced unwanted end-of-life medical interventions, increased hospice use and decreased psychological distress and it may reduce end-of-life costs,” Van Scoy said. “We hypothesized that this game, which increased advance care planning behaviors in other study populations, might help address the disparities in end-of-life care in African American communities.” 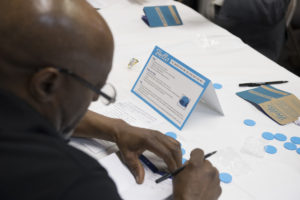 The game is called Hello and involves a series of open-ended discussion questions where players in groups of three to six answer questions that are designed to stimulate conversations about preferences for end-of-life care. Examples include, “If you had to choose between experiencing the worst pain of your life or not saying good-bye to your family, which would you choose and why?” or “What are three non-medical facts about you that your doctor should know?”

Researchers arranged for gameplay at 53 community venues (15 were included in the research analysis) across the U.S. from 2018-2019 and conducted follow up phone surveys between within an 11 month period. The study reached 1,122 participants and researchers collected data from 384 African American individuals. Of the 220 participants who completed follow up interviews, 41% completed an advance directive and 80% discussed end-of-life wishes with loved ones.

“The results demonstrate that this game is a valuable tool for helping people begin the advance care planning process and for sharing their values and beliefs about sensitive end-of-life issues during a relaxed and even enjoyable conversation,” said co-author Pamela Witt.

The research team believes the intervention works because it’s designed to be played in a safe, comfortable atmosphere. The team partnered with the Hospice Foundation of America and other community organizations like places of worship and senior citizen centers to ensure the participants could have these conversations with friends and leaders they trust.

“In order to reach underserved communities, who often have a mistrust of the health care systems, it’s essential to deliver the game in a space where those communities can engage with people who they trust,” Witt said. She believes that community stakeholders are essential to ensuring the intervention can achieve its intended outcome of increasing advance care planning behaviors. “Death and end-of-life care are difficult topics to talk about and the community-based delivery model might facilitate these difficult discussions among trusted social networks.”

The researchers noted that one weakness of the study was that all participants played the game, meaning there was no control arm. Van Scoy has applied for funding to start a randomized, controlled trial to confirm whether the game encourages advanced care planning. She also said that the current COVID-19 crisis has amplified the need for individuals, especially African Americans who have been disproportionately affected by the pandemic, to engage in advance care planning. The Centers for Disease Control and Prevention reported at the end of June that non-Hispanic Black persons were five times more likely to be hospitalized with COVID-19 than non-Hispanic white persons.

“Before the pandemic, people were adamant about not talking about end-of-life care because they had beliefs that they would not get sick,” Van Scoy said. “COVID-19, a disease that continues to affect people of all ages and health conditions, has shed a light on the fact that everybody should think about their end-of-life wishes.”

This research was supported by the John and Wauna Harman Foundation, a private family foundation focused on improving end-of-life care in the US.

Van Scoy is co-director of the Penn State College of Medicine Qualitative and Mixed Methods Core, which helps investigators conduct qualitative studies or integrate their quantitative analyses with qualitative data, as was done in the study described above.

Van Scoy serves as an unpaid scientific advisor to Common Practice, LLC, which is the company that produces and sells the game used in the study. Levi and Green reported receiving personal fees as consultants for Vital Decisions, the parent company that owns the electronic version of the advance directive used in this study (My Living Voice). They are also co-creators of the decision aid, Making Your Wishes Known, which was developed for research purposes and continues to be available free of charge.