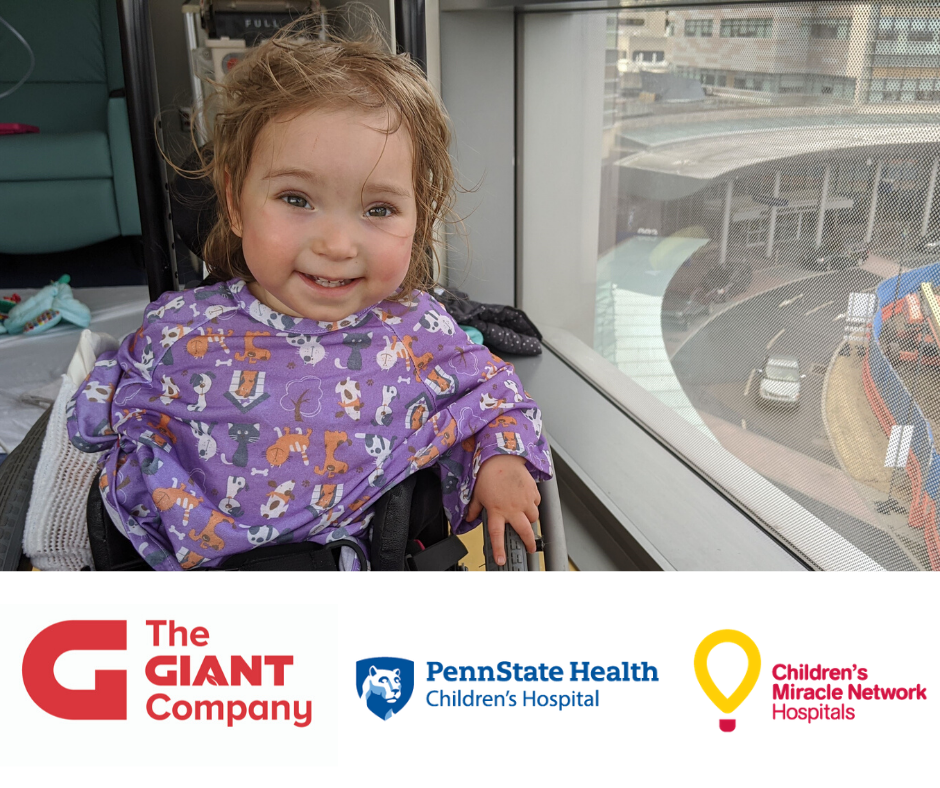 “We are humbled by The GIANT Company’s continued generosity and commitment to saving and improving the lives of children in our community,” said Deborah Berini, president, Penn State Health Milton S. Hershey Medical Center. “This gift will help families struggling with economic hardships, local students who face an uncertain school year and pediatric patients who will need access to our growing children’s hospital in the coming year. Thank you, GIANT Company!”

“Like so many in our community, The GIANT Company sees Penn State Children’s Hospital as a beacon of hope and healing for so many families across Central Pennsylvania,” said Nicholas Bertram, president, The GIANT Company. “As a company wholeheartedly committed to changing children’s lives, we are grateful for the opportunity to do so in partnership with Penn State Children’s Hospital. We know that these funds will enable the doctors, nurses, child life specialists and the hospital’s entire care team to continue making a difference in the lives of those they serve, now and for years to come, truly connecting families for a better future.”