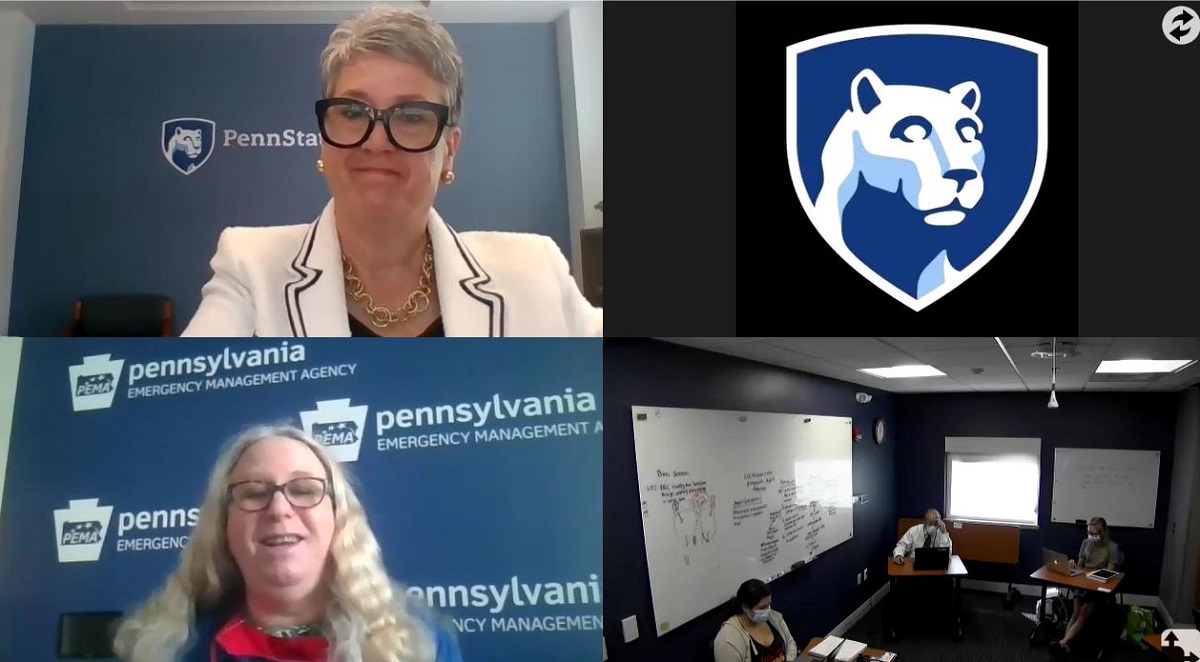 People of color who are part of the LGBTQ community are facing greater hardships during the pandemic than the general population.

That was part of the discussion on Aug. 19 during the Penn State Health and Penn State College of Medicine’s PRIDE 2020 Celebration. This year’s event was virtual due to the coronavirus, but participants still experienced an engaging conversation with experts, including Dr. Rachel Levine, Pennsylvania Secretary of Health.

J. Maurice McCants-Pearsall, director of HIV and Health Equity at the Human Rights Campaign in Washington, D.C., said 38% of LGBTQ people of color have had their work hours reduced during the pandemic, as opposed to 24% of employees in the general public.

Another issue facing minorities, including LGBTQ people of color, McCants-Pearsall said, is that many of their jobs were deemed essential during the pandemic, yet have no paid leave. If they become ill, he said, they can easily lose their jobs.

McCants-Pearsall advised medical students to not make assumptions about their patients’ gender identification. He suggested using neutral terms until their patients are comfortable talking about the issue.

“These are tough conversations,” he admitted.

Levine explained the state’s response to COVID-19. She is the first transgender cabinet official in Pennsylvania and one of only a handful of openly transgender public officials in the country.

“I transitioned at Penn State Health, and not only did it present a tolerant and accepting environment, but also a welcoming environment, and welcomed me for the diversity that I brought to the medical center, and I think that was just the start,” said Levine. “Penn State Health and the College of Medicine have made great advances since then in terms of LGBT issues and care for staff, students and patients.”

Because she has been the spokesperson for the state’s COVID-19 response, Levine has been on the front lines of the pandemic in Pennsylvania and specifically knows what it has meant to the LGBTQ community.

“With regard to COVID-19 preparedness, we have taken a very data-driven, careful public health approach to making our decisions with Governor Wolf’s administration,” she explained.

Dr. Katharine Dalke, an assistant professor of psychiatry and behavioral health at Penn State College of Medicine, Amy Keisling, coordinator of the Gender Health Clinic at Penn State Children’s Hospital, along with Amanda Carter, manager of youth programs at the LGBT Center of Central Pennsylvania, added their perspectives on the state of LGBTQ health in the commonwealth during the forum.

This year’s PRIDE Celebration provided a valuable opportunity to raise awareness of the LGBTQ community’s differing health priorities, said Lynette Chappell-Williams, vice president and chief diversity officer of Penn State Health. “This community and its larger network are very engaged in the issue of health care, and we were glad to provide a forum that touched on many issues of importance.”

One of the significant takeaways of the PRIDE event is the ability to look concretely at the health care realities of members of this community, said Chappell-Williams. “That is crucial as we focus on providing the best care possible to everyone,” she said.