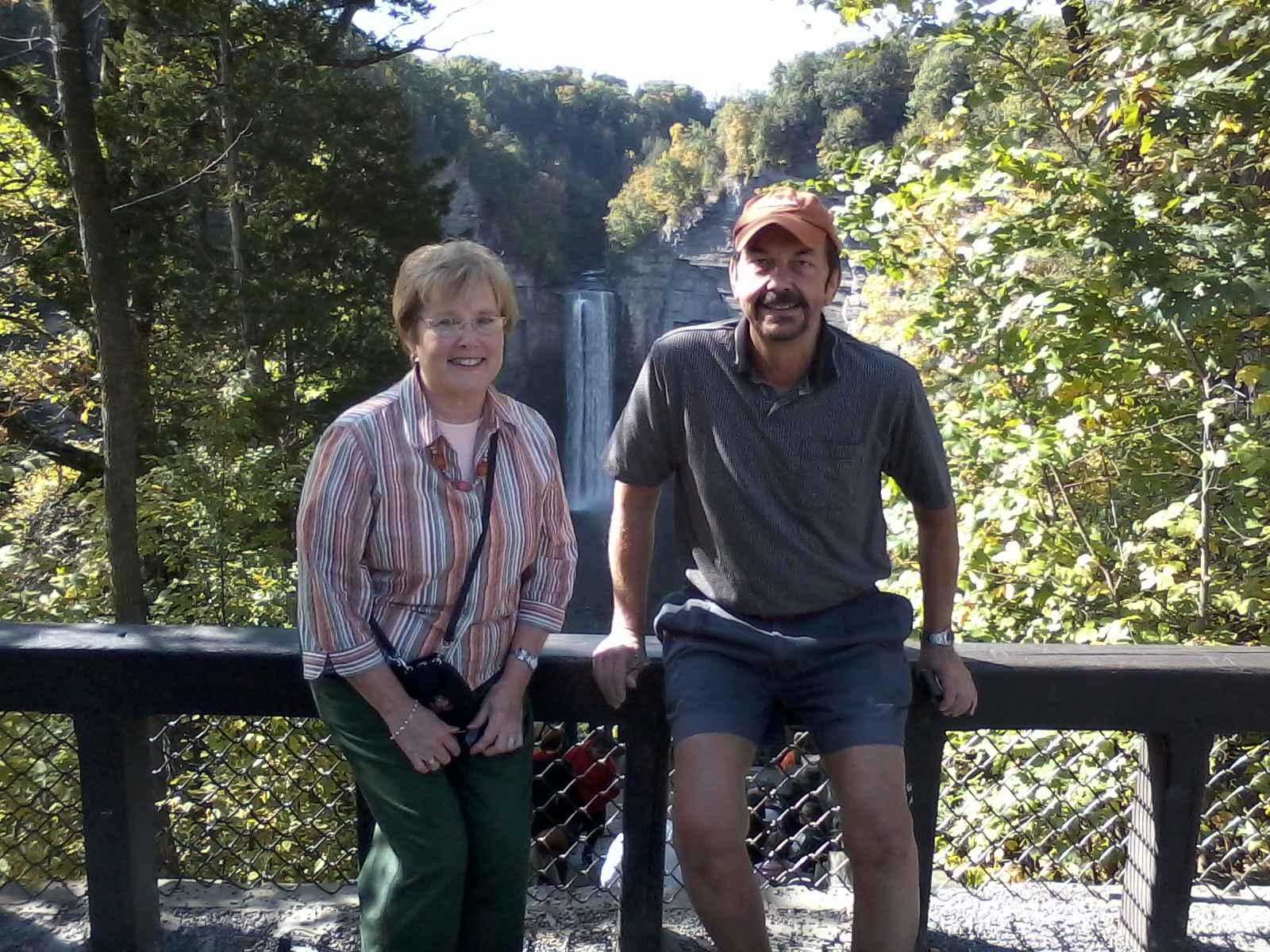 David Brensinger has always been the type of person to reach out and help others. Now, a planned gift in memory of his wife, Glenna, will help cancer patients for generations to come through the Glenna Watt Brensinger Cancer Research Endowment at Penn State College of Medicine.

“This gift will strengthen our efforts in breast cancer research, in addition to cancer research across the board,” said Dr. Raymond Hohl, director of Penn State Cancer Institute and professor of oncology and pharmacology at the College of Medicine. “Because many breakthroughs in breast cancer care have resulted from innovations in other areas, David’s investment will give us more resources to sustain our work and make new discoveries. We are deeply grateful for his foresight and commitment to helping other people affected by this disease.”

David chose to gift the home that he and Glenna built into a charitable remainder trust – a planned giving option that provides income to donors for life and allows them to make a greater impact than they may have thought possible. In addition to fulfilling their philanthropic passions, some benefits donors receive with unlocking an appreciated asset include receiving a significant charitable deduction in the year the property is gifted into the trust, and capital gains are not incurred as they normally would be with the sale of an appreciated asset. The property will be sold to a buyer, and the proceeds will be invested in the trust. When the trust ends, the remaining assets will be distributed to the endowment created in Glenna’s name, approximately $400,000.

Glenna and David first met at their church in Denver, Pa. After he returned from Vietnam, she asked him out to see the film “Love Story.” David was soon stationed at a base in Arizona, and they began a long-distance relationship. He proposed to her on the phone and sent her an engagement ring by mail. She and David have one son, John D. Brensinger Jr., who lives in California.

David and his brother were raised by his mother and grandparents. He graduated from Parsons College in 1968, served in the U.S. Air Force and spent a year in Vietnam. David dedicated 33 years of service to U.S. Customs and Border Protection. Throughout his life, he has also served on the United Church of Christ (UCC) Homes board of trustees (and was honored as Trustee of the Year for the UCC Council for Health and Human Service Ministries); earned a master’s degree in government administration from the University of Pennsylvania; delivered flowers for Royer’s Flowers & Gifts; was a church custodian; volunteered at a senior center; and worked for a medical research organization, where Glenna worked as a receptionist.

Glenna enjoyed reading Christian literature and mysteries, caring for their cats and collecting items for their home. They both sang in their choir at the Reformed Presbyterian Church in Ephrata — Glenna sang soprano, and David sang tenor. “She always had a smile on her face,” David said. “She loved people and had no enemies.” 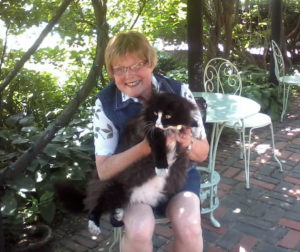 The Brensingers’ connection to Penn State began after Glenna was diagnosed with breast cancer. Although the majority of her care occurred elsewhere, David read about Penn State Cancer Institute and was particularly impressed with the breast cancer research of Craig Meyers, distinguished professor of microbiology and immunology and distinguished professor of obstetrics and gynecology. David sent gifts to support his work.

Two years after her first diagnosis, Glenna passed away on Oct. 3, 2014, three days before her 67th birthday and at the beginning of Breast Cancer Awareness Month.

“My wife was a wonderful person,” David said. “She made me a better person.”

Today in retirement, David lives in Lancaster and serves on the Penn State Cancer Institute Development Committee. He looks forward to learning about and staying involved with Penn State’s cancer care advances. As an endowment, David’s gift will live on forever, along with Glenna’s legacy. His generosity will sustain and speed up valuable research and ultimately help more families like his.

To learn more about making a planned gift in support of Penn State research now or after your lifetime, please contact Penn State’s Office of Gift Planning. Team members will work closely with your legal, tax and other advisers to align your charitable giving with your overall financial and estate plans as well as your personal goals.

Please contact the Office of Gift Planning at 888-800-9170 or GiftPlanning@psu.edu. You can also visit the interactive gift planning website at pennstate.planmygift.org.

David Brensinger’s gift will advance “A Greater Penn State for 21st Century Excellence,” a focused campaign that seeks to elevate Penn State’s position as a leading public university in a world defined by rapid change and global connections. With the support of alumni and friends, “A Greater Penn State” seeks to fulfill the three key imperatives of a 21st century public university: keeping the doors to higher education open to hardworking students regardless of financial well-being; creating transformative experiences that go beyond the classroom; and impacting the world by serving communities and fueling discovery, innovation and entrepreneurship. To learn more about “A Greater Penn State for 21st Century Excellence,” visit greaterpennstate.psu.edu.