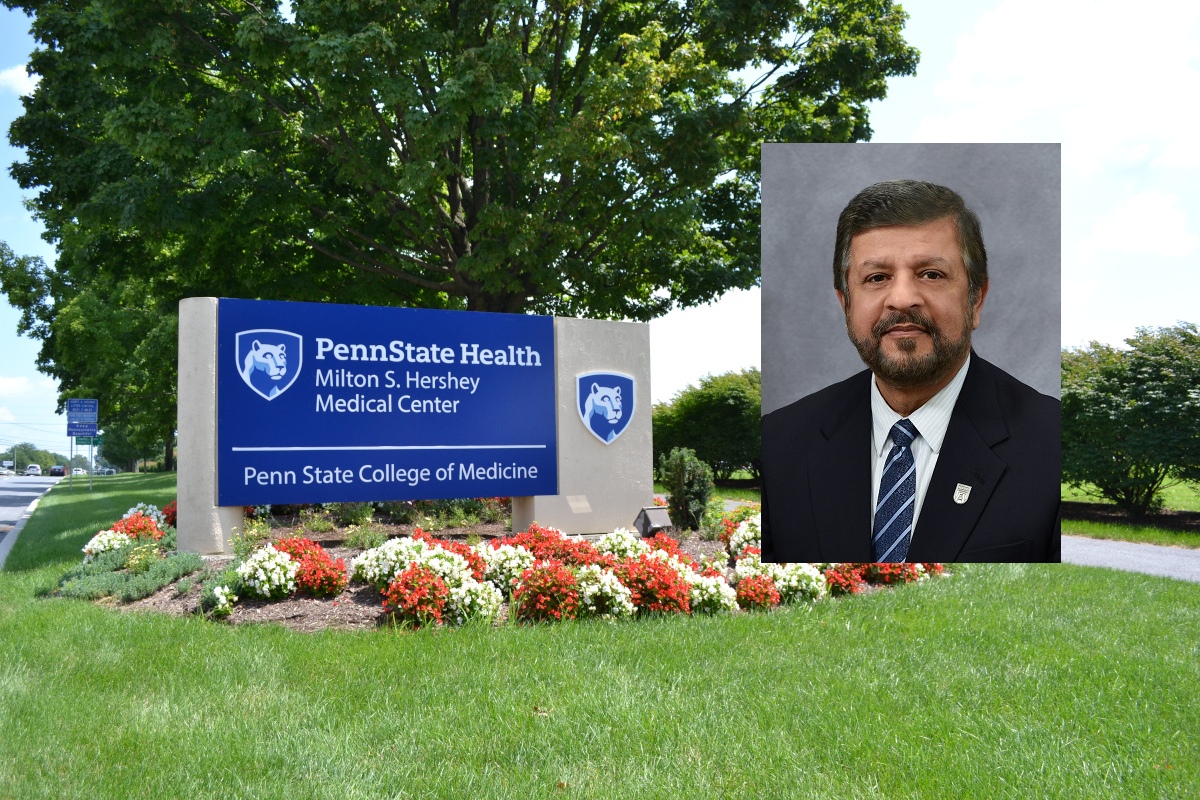 Dr. Amyn M. Rojiani has been named the chair of the Department of Pathology at Penn State Health Milton S. Hershey Medical Center and Penn State College of Medicine, effective May 1.

Rojiani’s research interests have included demyelination, Alzheimer’s disease, vascular targeting agents and matrix interactions in lung cancer. An avid educator, he is engaged in undergraduate and graduate medical education, is a survey visitor for the Liaison Committee on Medical Education and has directed multiple national meeting courses, workshops and teleconferences on topics ranging from neuropathology to microaggressions. Among the multiple awards he has won for leadership, teaching and research is the five-year Georgia Cancer Coalition’s Distinguished Cancer Clinician and Scholar Award.

“I look forward to Dr. Rojiani bringing his expertise to the College of Medicine,” said Dr. Kevin Black, interim dean. “He has distinguished himself as a skilled academic physician leader whose wealth of knowledge will enhance the medical experience of our students.”

A Certified Physician Executive and Fellow of the American Association for Physician Leadership, Rojiani is the Leadership Development and Diversity Committee chair for the Association of Pathology Chairs and a member of the association’s Executive Council. After graduating from Sind Medical College, University of Karachi in Pakistan, he completed a doctorate in experimental pathology and an anatomic pathology residency at the former University of Medicine and Dentistry of New Jersey in Newark. Rojiani also trained in adult and pediatric neuropathology at Vancouver General Hospital and BC Children’s Hospital, both in Vancouver, British Columbia.

Rojiani will replace Dr. Melissa George, who has served as the interim chair of the department since August 2018. George will continue to serve as a member of the faculty.