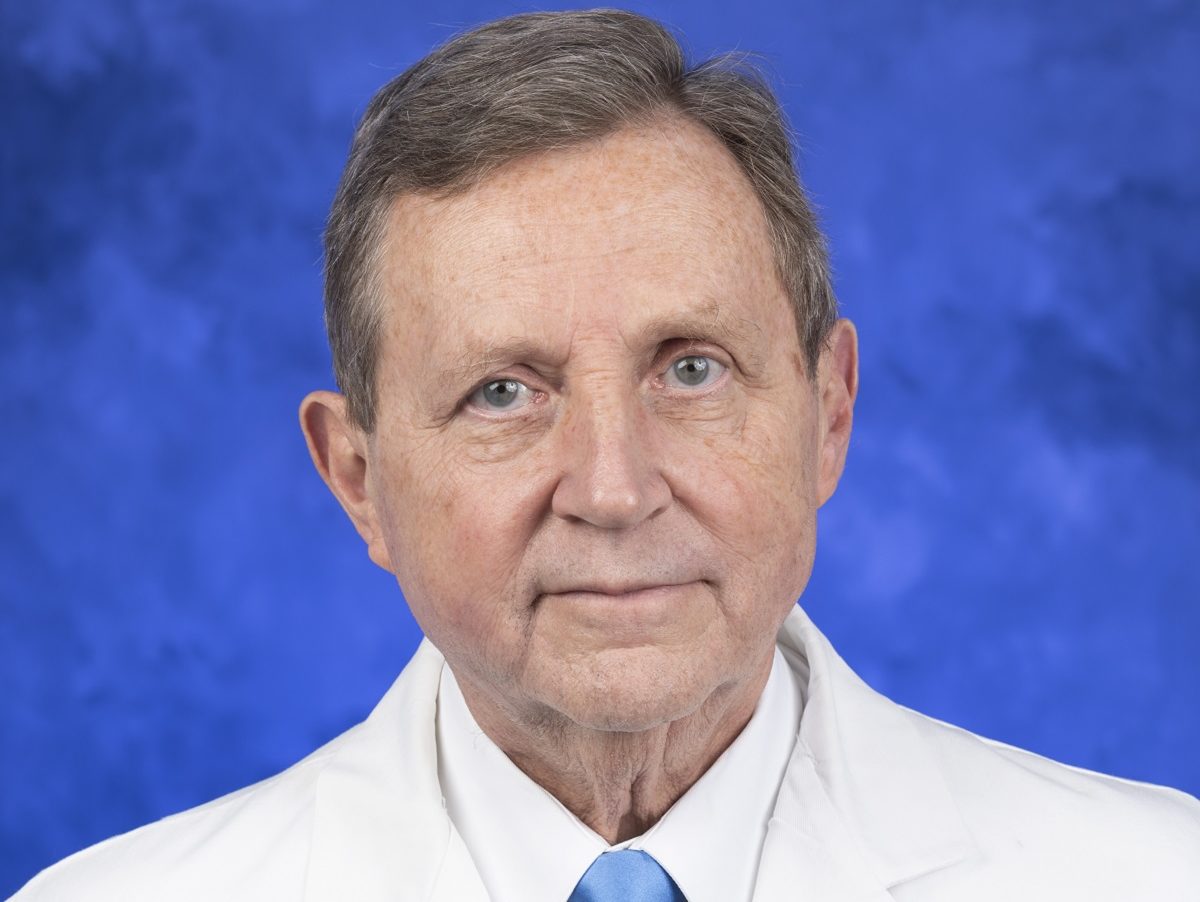 Dr. Robert Harbaugh will receive the 2021 Harvey Cushing Medal, the highest honor awarded from the American Association of Neurological Surgeons, in August.

Shortly before he applied to medical school at Penn State College of Medicine in the 1970s, Dr. Robert Harbaugh read a biography of Dr. Harvey Cushing, a pioneer in neurosurgery and the first doctor to identify the condition now known as Cushing’s disease.

So, he mentioned Cushing in his interview with Dr. Richard Bergland, who was then chief of the Division of Neurosurgery at Penn State Health Milton S. Hershey Medical Center. It turns out, Bergland was the last resident that Cushing had trained. “Dr. Bergland and I just hit it off, and soon after I started medical school, I began working in his lab,” Harbaugh said. “It was like I was destined for a career in neurosurgery.”

The Cushing Medal honors the lifetime contribution of AANS members for their surgical, scientific and humanitarian accomplishments. Harbaugh will receive the medal at the AANS Annual Scientific Meeting in Orlando, Fla., in August.

“Very few people get considered for this honor each year, so to receive an award like this, given by your peers, means a lot to me personally and professionally,” said Harbaugh, a board-certified, fellowship-trained neurosurgeon at the Milton S. Hershey Medical Center.

A pioneer in research

Harbaugh’s distinguished career includes many highlights. In 1984, he was part of the first randomized, double-blind study to test whether an infusion medication could help cure Alzheimer’s disease. While the medication didn’t prove effective, that trial spurred numerous other research efforts into Alzheimer’s and related memory disorders.

A leader of neurosurgery in Central PA

While Harbaugh performed his neurosurgical residency and practiced at Dartmouth-affiliated hospitals in New Hampshire and Massachusetts in the 1980s and ‘90s, he returned home to Pennsylvania in 2003, becoming the first College of Medicine graduate to chair Hershey Medical Center’s Department of Neurosurgery.

When he arrived, the department had just four practicing neurosurgeons and one PhD investigator. Today, it has 34 faculty members, a residency program with 21 residents and ranks in the top 20 in National Institutes of Health funding. “The strength of our program means that people in central Pennsylvania don’t need to travel to get the highest level of neurosurgical care,” said Harbaugh, who continues as the department chair today.

A respected leader regionally and nationally, Harbaugh has published more than 450 articles, book chapters and abstracts. In 2012, he was tapped to serve as a member of the National Football League’s concussion committee, which created protocols to have players evaluated by outside medical experts.

Harbaugh, an AANS member since 1989, served as the organization’s president from 2014-15 and won the AANS Distinguished Service Award in 2018. His AANS accomplishments include leadership of the organization’s first quality improvement outcomes committee. He also co-chaired a task force that helped neurosurgeons play a leadership role in developing endovascular neurosurgery treatments for stroke and other conditions.

He has also served in numerous other national leadership roles, including Director of the American Board of Neurological Surgery and Vice-Chair of the Accreditation Council for Graduate Medical Education’s Neurosurgery Review Committee.

And while Harbaugh has learned a great deal over his career—and he’s shared that same wisdom with others—he sees his field as one full of never-ending educational opportunity. “Neurosurgery is a great specialty,” he said. “It’s both physically and cognitively demanding and always a challenge. I learn something new every day.”