Motherly advice in the age of COVID-19 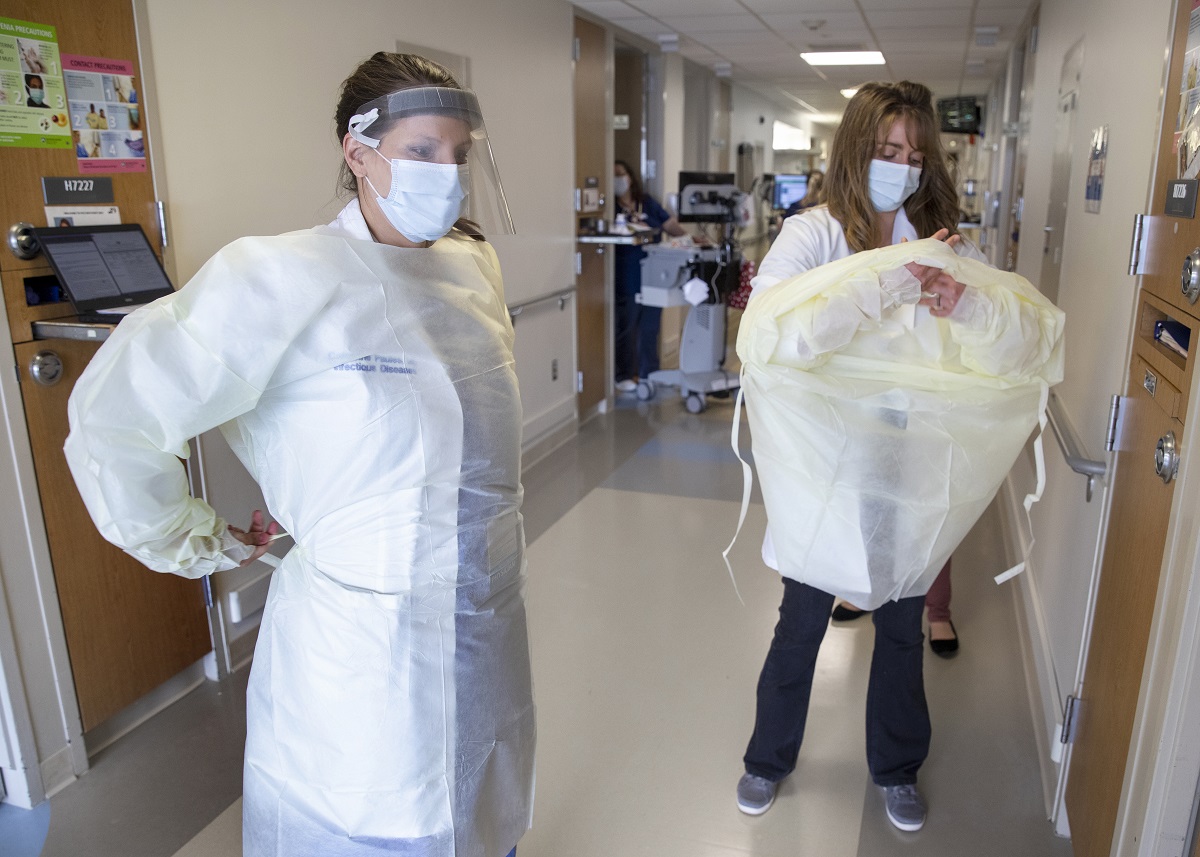 The pandemic for which she’d been preparing since she was 10 years old was at its most severe. Thousands were dying every day. And she, a Penn State Health Milton S. Hershey Medical Center infectious diseases physician, was pregnant.

Pfizer’s COVID-19 vaccine had just been authorized for emergency use, and health care professionals everywhere were lining up for the injections many hoped would mark the beginning of the end of the scourge.

Paules welcomed the vaccine with the same sense of relief as her colleagues. Still, the question gnawed at her.

Should she get the shot? Little testing had been done on the possible side effects of the vaccine for pregnant women and their unborn babies. During all the uncertainty of COVID-19, few were as well-prepared for the pandemic as Paules, a former National Institutes of Health (NIH) fellow with ties to the likes of Dr. Anthony Fauci. But there was little to go on to make an educated decision about protecting two lives intertwined.

In the end, she sought out the steady, supportive hand that has shown her the way since the very beginning.

“She has this way of listening,” Catharine said, “and making you feel supported. I know way more about COVID-19 and vaccines than my mom does. But talking to her gave me confidence in making that decision.”

Catharine grew up in York County, one of three sisters. The Paules girls were athletes. Catharine and one sister played basketball, and the other swam, competitively.

“Mom hated sports,” Catharine said, laughing. But when the girls began to play, she gritted her teeth and set out to learn. Soon, she was spending every week poolside or courtside cheering along in crowds. If she thought any discouraging words, Sherri kept them to herself.

She took a similar tack when Catharine, jazzed about the movie “Outbreak,” which featured doctors battling a pandemic, said she wanted to battle killer diseases for a living. She was 10. “I wanted to be in a position to help people if there was an awful disaster,” she said.

Sherri Paules listened in her supportive way, the way that for Catharine helped whittle down mountains. As her daughter’s interest grew, Sherri began to read up on diseases and their treatments. The steady reassurance was there through medical school at the University of Nebraska, a residency in Maryland, a NIH fellowship and eventual employment by Fauci at the National Institute of Allergy and Infectious Diseases.

At NIH, she researched emerging respiratory viruses like Middle East Respiratory Syndrome (a form of coronavirus) and influenza. She worked on fighting the Zika virus and pushed forward research to develop a universal influenza vaccine. 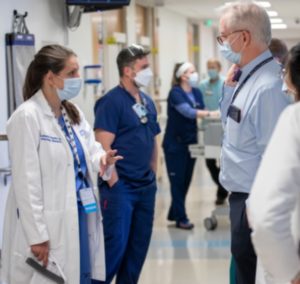 When a position became available that allowed her to share her expertise with her hometown through the Milton S. Hershey Medical Center, Paules went for it.

When COVID invaded the region, Penn State Health tapped Paules to help formulate the health system’s response. She served as Hershey’s principal investigator on clinical trials for new treatments such as Remdesivir and Baricitinib.

In Hershey Medical Center’s intensive care units she saw some of the region’s first cases and the horror of COVID-19 – the sharp, downward turns patients take from relatively good health to needing life support. In the hallways, she and her colleagues looked at one another, stunned.

“It was scary,” she said. “It’s a total lie to say it’s not scary. Even if you thought you were prepared, you can’t really be prepared for it.”

Like many doctors on the front lines, Paules didn’t do much to practice self-care. She climbed aboard the pandemic’s treadmill and kept at it for most of the year. She became a voice her community came to rely on, participating in dozens of interviews with the media. Days off were rare. Some weeks, she saw the number of hours she spent working rise to the triple digits.

She leaned on colleagues in Infectious Disease, the Undifferentiated Respiratory Failure team, the Emergency Department, ICU and others. “Without working together,” she said, “none of us would have made it through this year.”

She became pregnant with her second child during the spring of 2020. She went through emotions you might expect – veering between joy and worry. Working with expectant mothers who had contracted the illness, watching them living through all the risks took an emotional toll.

When the vaccine arrived in late 2020, Paules was among its advocates. But she also pointed out to her pregnant patients that information about the vaccine’s effects on mothers-to-be was limited.

Paules advocates for including more pregnant women in these types of studies in the future. “Of course we want to make sure we’re not putting women in a position where they can do potential harm to themselves,” she said. “However, they should be given the option to decide.”

By the time Catharine called her mother, she’d made up her mind on whether to get the vaccine. Still, she needed Sherri Paules’ reassurance that she was choosing the right thing.

At week 36 of her pregnancy, Catharine got her first shot. The second came at week 39.

In February, Catharine gave birth to her daughter, Eliza.

Catharine’s reasoning for getting the vaccine: The possible effects of the vaccine on a pregnant woman were still a mystery. But what wasn’t a mystery were the symptoms it protected against, the virus for which she’d spent her whole life preparing.

“As an infectious diseases physician I have seen severe illness, death, and long term consequences of COVID-19,” Paules said. “I choose to get vaccinated myself and enthusiastically recommend the same to my family and the vast majority of my patients. In certain circumstances, such as pregnancy, or if someone has concerns about COVID-19 vaccines, I encourage them to talk with their health care provider so that they can make an informed decision regarding vaccination.”

Plus, evidence suggests the vaccine might allow for transmission of antibodies from mother to unborn child. It might protect her baby.

“It’s hard to explain,” she said. “From that moment [pregnancy] on, your entire focus is on doing what’s best for that baby.”