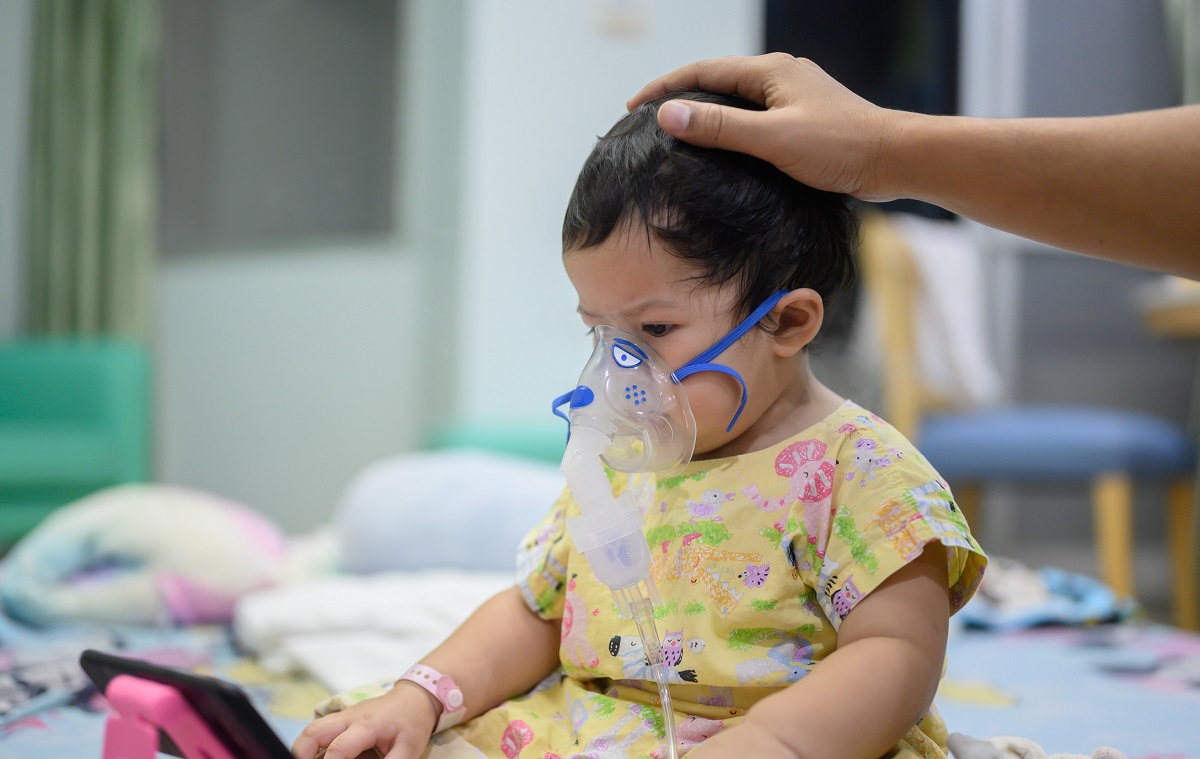 After a year of COVID-19 precautions that saw virtually no cases of this common childhood illness, respiratory syncytial virus (RSV) is back with a vengeance, and health care professionals are concerned.

“The symptoms are virtually synonymous with the common cold – runny nose, congestion, maybe a little cough – but RSV is associated with a much higher risk of progression from an upper respiratory cold to a lower lung infection,” said Dr. Patrick Gavigan, pediatric infectious disease physician at Penn State Health Children’s Hospital. “This includes viral pneumonia or bronchiolitis, which involves inflammation of the small airways in the lung.”

RSV season typically runs from October through March, but this year, cases started cropping up in July in Pennsylvania and even earlier in other areas of the country, Gavigan said.

Already, more than 10% of viral tests are coming back positive for RSV. On average, about 3% of tests come back positive – and the season is just starting, he said. At the Milton S. Hershey Medical Center, the positivity rate for RSV is even higher, at 13% to 16% for the past three weeks, according to Wallace Greene, director of the Diagnostic Virology Laboratory at the Medical Center.

Hospitalizations of children with RSV are also up at the Children’s Hospital, Gavigan said.

The U.S. Centers for Disease Control and Prevention issued a health advisory in June to alert health care professionals that older infants and toddlers might be at increased risk of severe RSV-associated illness since they probably haven’t had typical levels of exposure to RSV during the past 15 months.

Who’s at most risk?

“By age 2, most children have had RSV, and symptoms usually peak around five to seven days before resolving on its own,” Gavigan said. “However, 1% to 3% of children will be hospitalized with it.”

Children at greatest risk for severe illness from RSV include:

In the hospital, children may be given oxygen and intravenous fluids. Thankfully, death from RSV is rare, Gavigan said.

What are red flags of RSV?

Since the symptoms are so similar, parents should closely monitor their children for any signs that feeding or breathing is getting difficult.

“Are they breathing faster or do you see them sucking in their belly a lot to breathe? Apnea – a pause in breathing – is common in premature babies or infants under one month of age who have RSV,” he said. “Are they feeding enough to stay hydrated? We often see loss of appetite, or they’re working really hard to breathe while they’re feeding.”

The only way to know for sure if your child has a cold or RSV is to test with a nasal swab, Gavigan said. “In a normal year, we don’t test that often, but this year is different,” he said.

How is COVID-19 impacting RSV?

Not much is known about the implications of a co-infection since there weren’t many RSV cases as COVID-19 raged last year. However, now that precautions have been relaxed, doctors are bracing for what could happen.

“In the pediatric realm, we’re seeing a rise in COVID and with the potential for influenza and RSV, the resources the hospital has available can get depleted quickly,” Gavigan said. “This is certainly another reason to keep children masked. Even though RSV affects mainly children younger than 2 years old, older children can act as spreaders and bring it home to younger siblings.”

This could also put grandparents at risk since the elderly, whose immunity may be waning and who may have other underlying conditions, are also at increased risk for RSV-related complications, Gavigan said.

Can it be prevented?

The absence of RSV and influenza last season are proof that preventative steps work in keeping germs from spreading.

“Wash your hands frequently, wear a mask, stay at home if you are sick and get a flu shot,” Gavigan said. Children over the age of 6 months can safely get a flu shot.

Although it’s spread via respiratory droplets, RSV can live on surfaces and objects, so it’s important to disinfect high-touch areas like doorknobs and countertops as another way to prevent transmission.

The Medical Minute: You’ve been diagnosed with AFib. Now what?