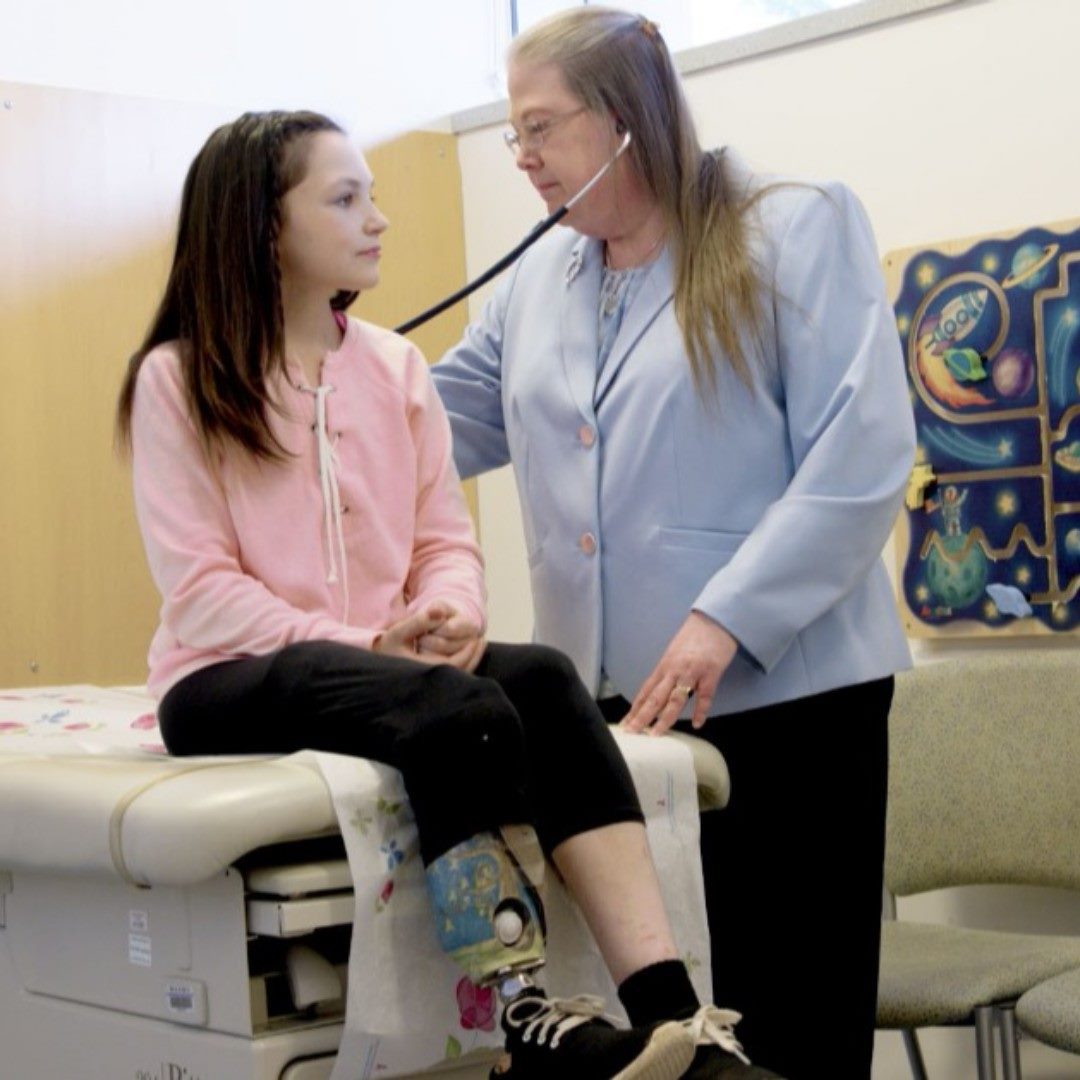 The youngest of 11 children, Theresa Illicete is considered the darling of her siblings. When she was an infant, her mother, Mary, recalls having to fight for the right to hold her. So when “their baby” was diagnosed with osteosarcoma at 9 years old, it was no surprise the family immediately came together in support.

“We all cried together. And, we all held our breath. Every relapse, a new punch to the gut,” said Mary. “But the trial changed that.”

The trial Mary refers to was a nationwide clinical study targeting cancers that are resistant to current medical treatments following a period of initial improvement. This is one of many studies either partially or fully funded by Four Diamonds that gives Penn State Health Children’s Hospital and Penn State College of Medicine physicians the ability to provide life-changing care to their patients in Hershey.

Doctors listen to the tumor

Instead of testing a single agent or combination of agents to see if patients with a specific tumor type would respond to them, this study took a different approach.

“The type of tumor didn’t dictate what type of therapy the patient would receive. It was based on molecular characterization the tumor was exhibiting at the time of treatment,” said Dr. Valerie Brown, a co-author of the study and clinical director of the experimental therapeutics program in the Division of Pediatric Oncology/Hematology at Penn State Health Children’s Hospital. “Instead of telling the tumor how we’re going to treat it, in this study we listened to the tumor and did what it told us.”

Enrolled in the study when her tumors continued to grow, Theresa’s analysis revealed the tumors were resistant to certain treatments and potentially sensitive to others. Using that information, investigators came up with a road map to move her treatment forward using an experimental drug therapy.

“This cancer kept popping up like brush fires. This trial gave her doctors the tools to beat down the brush fires because the molecular targeting tested her tumors against over 500 different agents, matching her to 200 possible agents that could control this beast,” Mary said. “They studied the list and chose the ones that were likely to be most effective, while not ruining her quality of life.”

During its approximately 10-year lifespan, the study included more than 200 patients, 18 of which were from the Children’s Hospital. Although not every patient found success, the idea of a personalized, targeted approach to cancer treatments gained traction among Brown’s colleagues and patients. And, scientists began translating the findings into their everyday work.

“The idea of personalized or precision medicine is an amenable concept,” Brown said. It’s a concept that has grown increasingly popular and one which Brown and her team look to carry beyond the study. “We are working to set up our own institution to do this completely ourselves within the calendar year. Our overarching goal is to do this for every oncology patient.”

The ability to translate this type of leading-edge research into patient treatments would not be possible without the support of Four Diamonds and the Penn State students who work hard throughout the year raising funds through THON.

“It takes time. It takes money. It takes resources,” Brown said. “Without Four Diamonds’ backing, none of this could happen. The money, in my opinion, has been well spent because, even if these children don’t have the outcomes we want, we are contributing to the wealth of knowledge and, hopefully, pushing it along so that the next child who walks through the door won’t have to go through a relapse or undergo such intense treatments.”

Now eight years past Theresa’s cancer diagnosis, her mother says the entire family is very grateful for Four Diamonds’ support and the opportunity to watch her grow up – something they weren’t always sure would happen. After more than 77 cycles of chemotherapy and multiple treatment highs and lows, her health has stabilized in the last two years, and she is technically in remission.

“I honestly don’t think gratitude is an adequate enough word. Theresa is a gift,” Mary said. “God led us to Hershey and these doctors, these people. I pray for them every single day.”

For a list of clinical trials and research studies at Penn State, visit studyfinder.psu.edu.