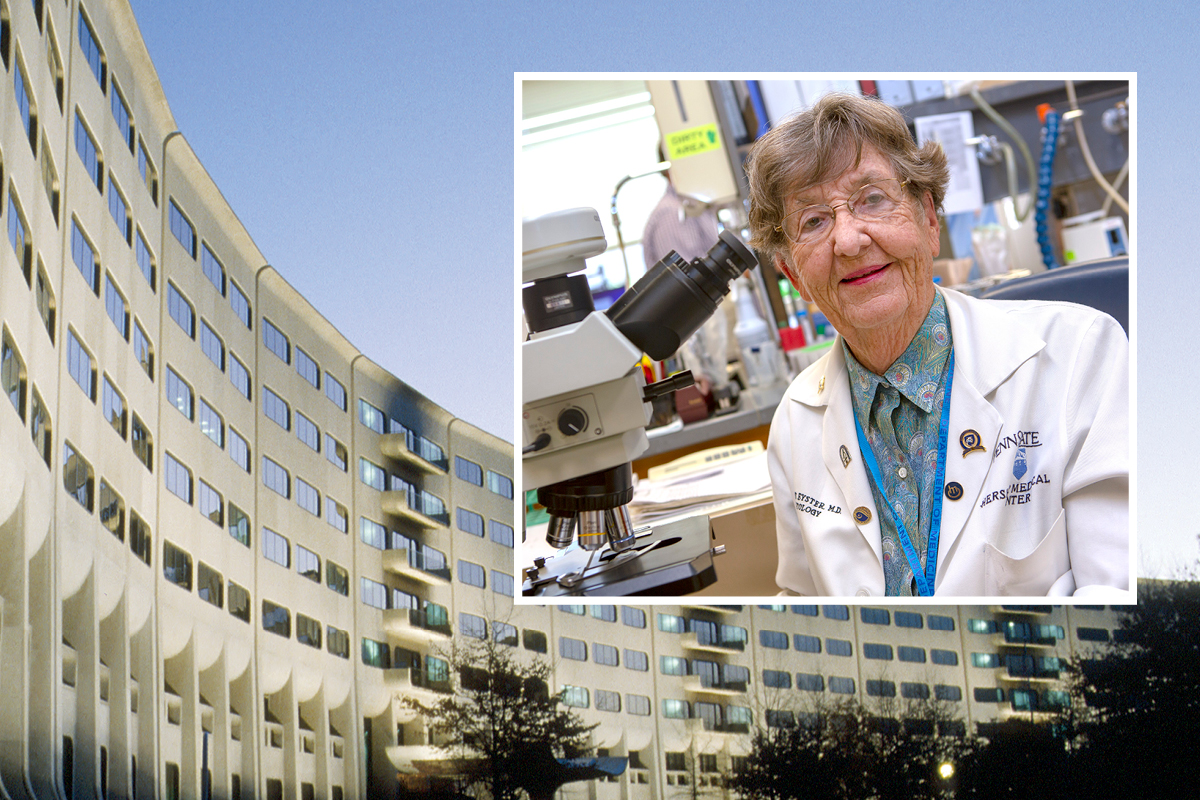 A new treatment for hemophilia A showed promising results in a phase one/two clinical research trial. Dr. Elaine Eyster, distinguished professor of medicine and pathology and laboratory medicine at Penn State College of Medicine, helped investigate whether the therapy, which led to sustained expression of a clotting factor that hemophilia A patients lack, could reduce or eliminate painful and potentially life-threatening bleeding events.

Hemophilia A is the most common inherited bleeding disorder and affects one in 5,000 males worldwide. The condition leads to uncontrolled bleeding episodes, crippling joint disease and increased risk of death due to patients missing a protein in their blood, known as factor VIII (FVIII), which is essential for the formation of clots. Standard of care treatment, which involves regular infusions of the missing factor, does not prevent the progression of joint disease or maintain FVIII levels high enough to address the increased risk of death from bleeding. It also involves careful coordination of a patient’s daily activities.

“The goal of gene therapy is to give the patient the ability to produce this clotting factor on his own instead of having to receive infusions on a regular basis,” Eyster said. “A previously published study by other investigators showed some success with this one-time therapeutic approach, but after one to two years, there were significant decreases in the levels of the factor produced by the individual participants.”

In the current trial, sponsored by Spark Therapeutics, Eyster and colleagues from multiple centers studied SPK-8011, a therapy engineered to produce factor VIII in liver cells in 18 males with hemophilia A. After receiving the treatment, 16 participants maintained factor VIII expression high enough to prevent most bleeding episodes for the duration of their participation in the trial, which began more than four years ago. Twelve of those participants were followed for more than two years and saw no apparent decrease in factor VIII activity over time. No major safety concerns were identified.

Overall, the men in the trial demonstrated a 91.5% reduction in bleeding episodes. A third of the participants were patients from the Hemophilia Center of Central PA, located at Penn State Health Milton S. Hershey Medical Center.

The trial was funded by Spark Therapeutics and also received support from the National Institutes of Health (NIH/NHLBI K08 HL 146991 and NIH/NHLBI K08 HL 140078). Eyster declares no related conflicts of interest.

Read more about the study and results