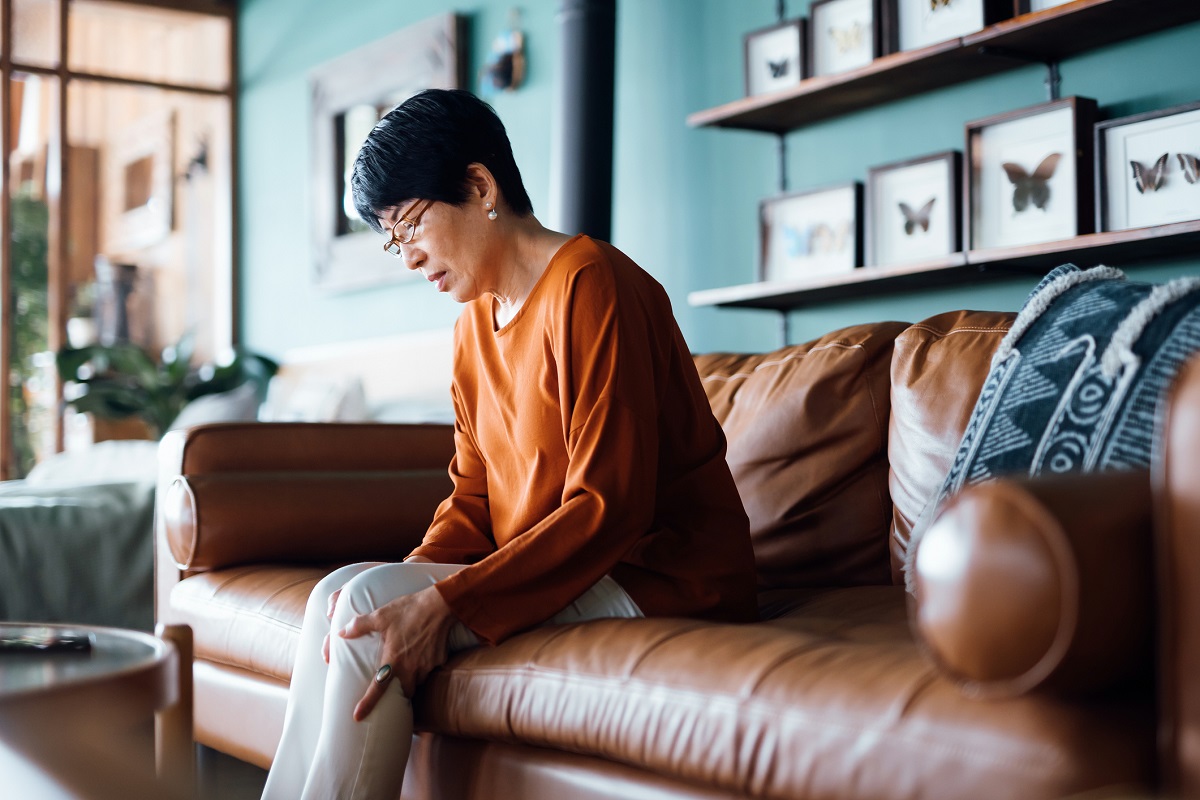 Many people know that hardening of the arteries or plaque buildup, called atherosclerosis, can narrow blood vessels, reduce blood flow and cause a heart attack. But few realize that atherosclerosis can sometimes cause serious problems in their legs.

A condition called peripheral artery disease (PAD) begins when plaque develops in the extremity arteries, restricting blood flow to the legs and, occasionally, the arms. It’s more common in older people, present in up to 10% of people in their 60s and 70s. In the most severe of cases, PAD can lead to amputation.

“Vascular problems tend to escalate rapidly without prompt diagnosis and intervention, particularly in patients who have wounds on the feet that won’t heal,” said Dr. Matthew Cindric, a vascular surgeon with Penn State Health Vascular Surgery in Camp Hill. “The earlier you notice the signs and get evaluated, the sooner we can get you on a path toward healing.”

What are the top warning signs of PAD?

In its earliest stages, PAD is asymptomatic. The first and most common symptom people feel as PAD advances is claudication. That’s the medical term for repetitive pain, cramping or heaviness in one or both legs caused by routine walking or exercise. These symptoms are a result of muscles failing to get enough oxygen and nutrients during times of increased demand because the blood supply is reduced.

“We consider claudication a lifestyle-limiting condition,” Cindric said. “That means the cramping may cause you to decrease your activity level.”

As PAD advances, symptoms typically grow more severe and become limb-threatening. Warning signs to watch for include wounds or ulcers on the feet that won’t heal, or the development of continuous pain or numbness. Either of these may be precursors to onset of gangrene.

Some symptoms can be misleading. For example, swollen legs aren’t a symptom of PAD. “And while cold or discolored feet are suggestive of PAD, those symptoms can be present without PAD and vice versa,” Cindric said.

How is PAD diagnosed?

People who spot any of the warning signs of PAD should first talk with their primary care provider. He or she may perform or prescribe an ankle brachial index test, which measures the blood pressure in the arms and legs and then compares the ratio between the two.

Another common test to find PAD is an arterial duplex, during which a technologist guides an ultrasound transducer over your leg, evaluating the blood flow in the arteries and looking for narrowing or blockages. Computerized Tomography scans give great detail but require intravenous injections and are more expensive.

What are common treatments for PAD?

Conservative treatments include diet modifications and an exercise program designed to increase a person’s aerobic potential. “Unlike a broken bone where you can’t walk on it without causing damage, with claudication, you’re not physically damaging anything by walking even though you may feel cramping,” Cindric said.

He typically recommends that people with claudication walk 30 to 40 minutes a day, five days a week. “People may find their walking distance improves significantly over two to three months, and they may avoid needing to have more advanced treatments,” he said.

Providers also may prescribe medications designed to boost flow in the arteries. Cilostazol and pentoxifylline are the two most commonly used medications for PAD. “They can modify PAD symptoms to some degree, but they’re not always effective,” Cindric said.

For people with more serious symptoms such as wounds or constant pain, surgical intervention is offered earlier. Several catheter-based procedures can help provide relief. These include:

The most severe cases may require open incisions to either clean out or bypass blocked arteries.

How can I reduce my risk for PAD?

While PAD may be genetic, which isn’t controllable, four of the other five biggest risk factors for PAD are all within a person’s control. These include smoking, high blood pressure, high blood cholesterol, and high blood sugar or diabetes. “Smoking is far and away the leader,” Cindric said. “PAD is far more prevalent in smokers than non-smokers.”

His advice to people with PAD: “Start with smoking cessation, get into a structured exercise habit, and work with your PCP to manage these risk factors.  Even if you ultimately require a surgical intervention, long term results are strongly dependent on how well these other factors are managed.”