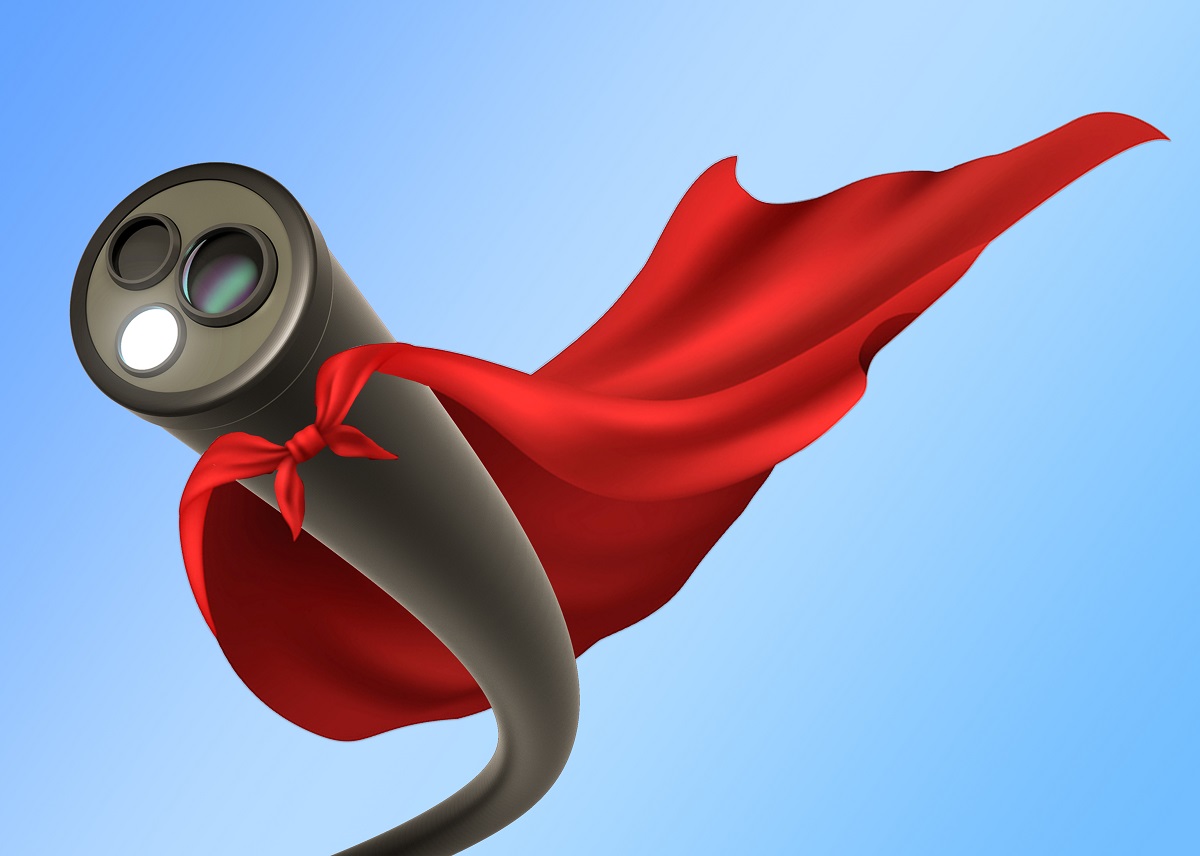 Among the TV superheroes of the stay-at-home, virtual-care era is a smiling, anthropomorphic box.

The animated character sells a brand of do-it-yourself colon cancer tests. While those over-the-counter tests and others like them provide results that can prevent a life-threatening illness, it’s better to think of them more as the sidekick to the real hero: colonoscopy, Batman to the at-home test’s Robin.

That doesn’t make at-home tests useless. Some of the products check for DNA markers in stool that are indicative of cancer. Other, less-expensive at-home tests look for blood in excrement. But at best, these tests can put up the Bat Signal that it’s time for a colonoscopy.

That might sound like unwelcome news to those who put off the tests. Instead of welcoming a hero like the Dark Knight, procrastinators often worry more about the dark night ― the cleanse they must perform before the actual procedure. Practitioners have taken steps to make the prep less distasteful. Gone are the gallon jugs of medicine-flavored liquid you have to down the night before. Some doctors instead ask patients to add a bottle of the laxative MiraLAX to 64 oz of a variety of flavored beverages, like Gatorade.

“The actual clean out ― that’s going to be miserable,” Kulaylat said. “But it’s the key.” If there’s residual material left behind, part of the colon containing precancerous growths called polyps or, worse, tumors, might not be visible.

And that vision is still crucial. The American Cancer Society estimates the U.S. will see 106,180 new cases of colon cancer in 2022, and 52,580 people are expected to die from the disease. Though the numbers have been dropping since the mid-1980s, it’s still the third most common form of cancer among both men and women. And the decrease hides a disturbing trend ― the numbers are increasing for people younger than 50.

Kulaylat says the spike in cases of colon cancer among younger people likely has to do with the Western diet, which emphasizes less fiber, fruits and vegetables and more fat. Gut health ― particularly the varieties of bacteria that live in the stomach and intestines ― plays a role doctors are continuously studying. In 2018, given the alarming rise in younger people with the disease, the American Cancer Society lowered its recommendation for who should get a colonoscopy from age 50 and older to 45 and older.

According to Kulaylat, how often you should be screened depends on several factors. “It all depends on your baseline risk,” she explained. Did someone in your immediate family develop colon cancer? Do you have a condition that makes the illness more of a threat? It’s more prevalent in people with ulcerative colitis or Crohn’s colitis. In a previous colonoscopy, did doctors find and remove any polyps? A yes to any of those questions might mean you need frequent screenings.

Doctors might recommend people with no risk factors and a clean colonoscopy wait several years between screenings ― perhaps as long as a decade. However, anyone experiencing any of these symptoms shouldn’t put off talking with a gastroenterologist:

The payoff of early detection can be big. When cancer is detected and removed from the colon before it has a chance to spread, the five-year survival rate is 90%. “We can remove it with minimally invasive techniques,” Kulaylat said. “That means less time away from work and less time away from family.”

But it starts with catching the illness before it goes too far. And for that, you need a trusted superhero.